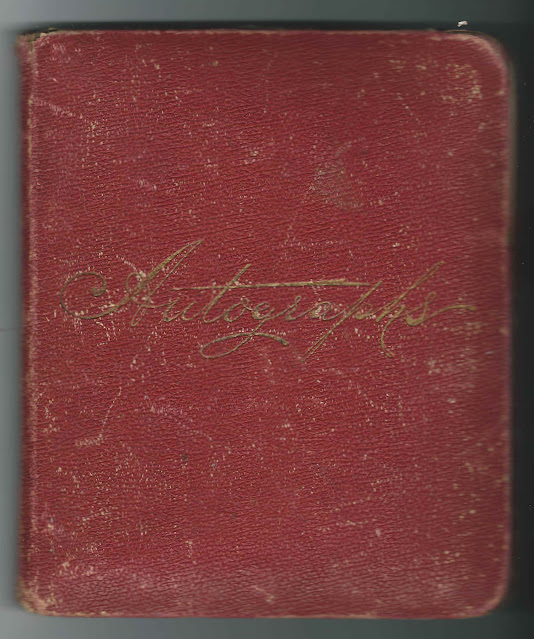 1890-1895 autograph album that belonged to Elizabeth Mariah (Colegrove) Denney of Ashland, Oregon.  It was presented to her by Ida Porter, who sketched and colored a lovely design. 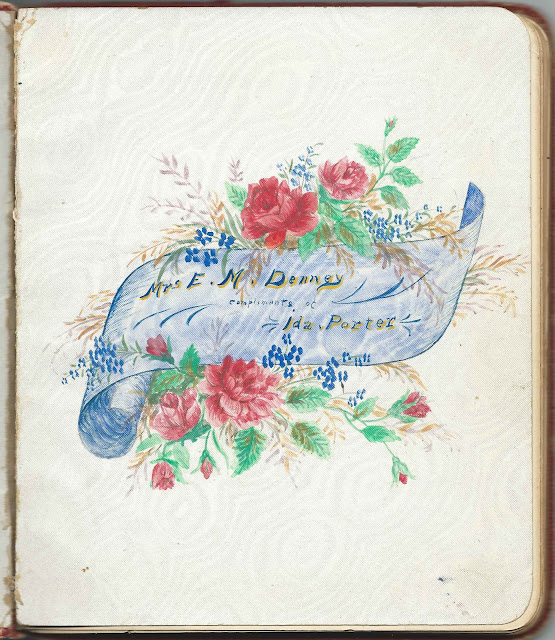 The album, a large one, measures approximately 8-1/2" x 7" and contains the sentiments of 23 of Elizabeth's friends.  An alphabetical surname list and an alphabetical list of the signers, together with any personal information they offered, appear at the end of this post.

The album has a religious tone, and I believe that several of the signers, perhaps most of them, were ministers, though they didn't identify themselves as such.  Perhaps Elizabeth met them at religious conferences. 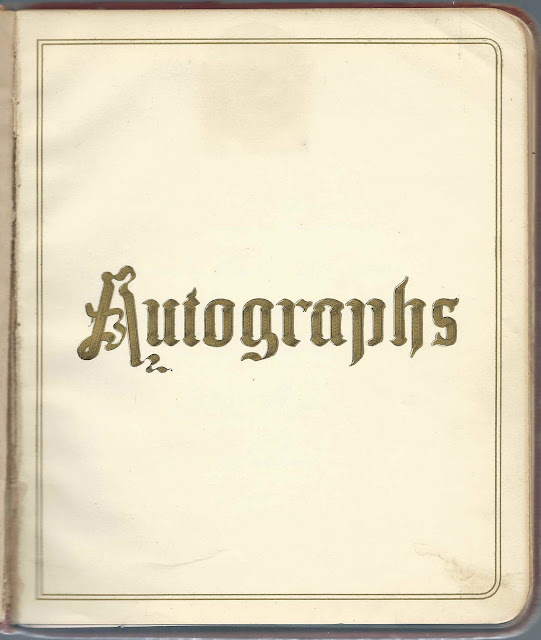 Elizabeth Mariah Colegrove was born in August 1849 in New York, the daughter of William Horace Colegrove and Alzara (Lamphere) Colegrove.  Elizabeth married Samuel E. Denney on June 24, 1866 in Indiana.  They lived for a time in Iowa and then, sometime between 1880 and 1890, moved to Oregon.  They had three sons: William; Frederick; and Walter.  Elizabeth died in 1900.

Below, a few pages from the album.

The first page of sentiments has the names of four signers: John P. Newman; M. C. Wire; S. P. Wilson; and Edward Thompson.  There's a photograph of John P. Newman, presumably cut from a magazine, and pasted to the page above his name. 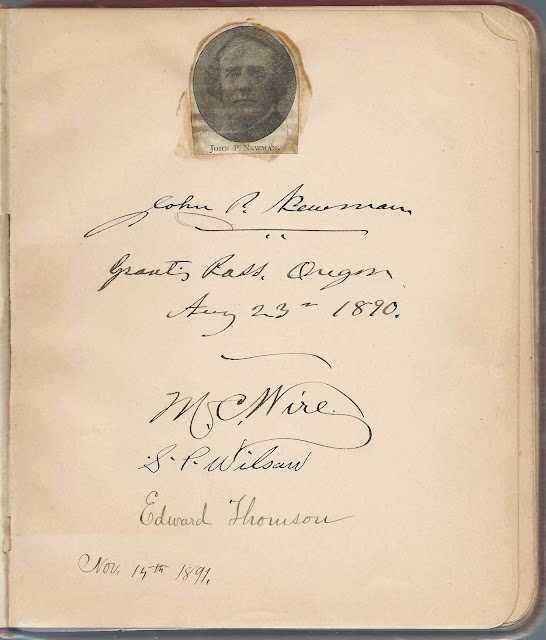 George L. Cole inscribed a page "For the Yosemite Valley and the Big Trees" on April 4, 1891. 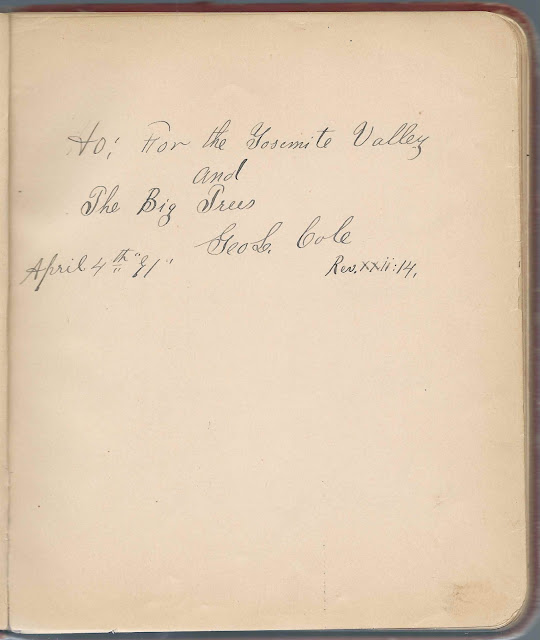 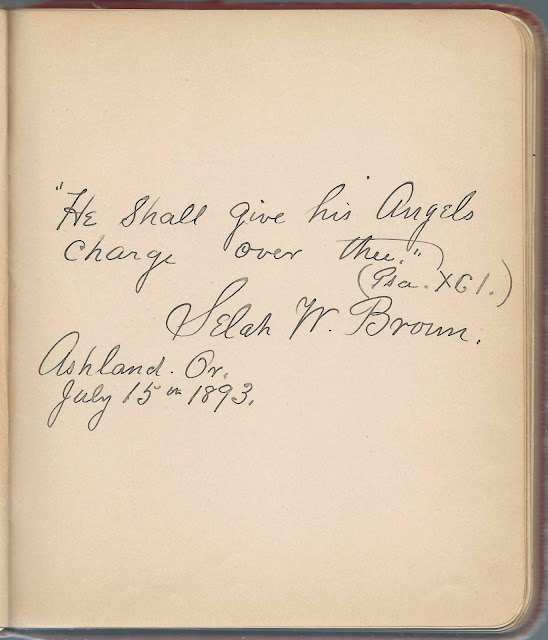 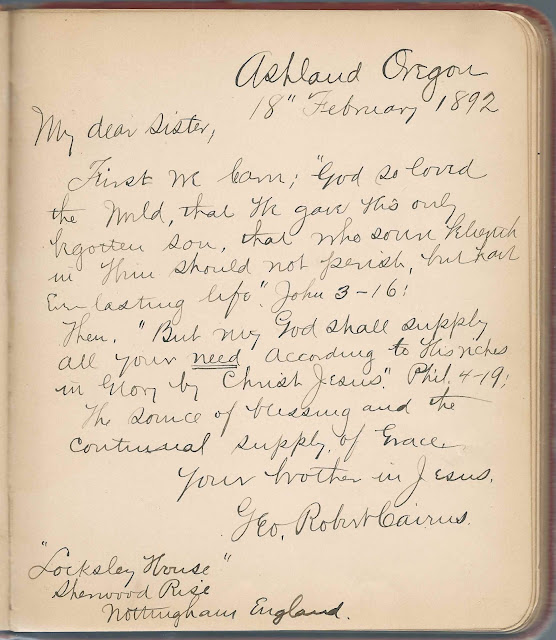 Below,  John Hogarth Lozier, who signed his page at Ashland, Oregon, on December 23, 1898. Thanks to a reader who helped with the surname! 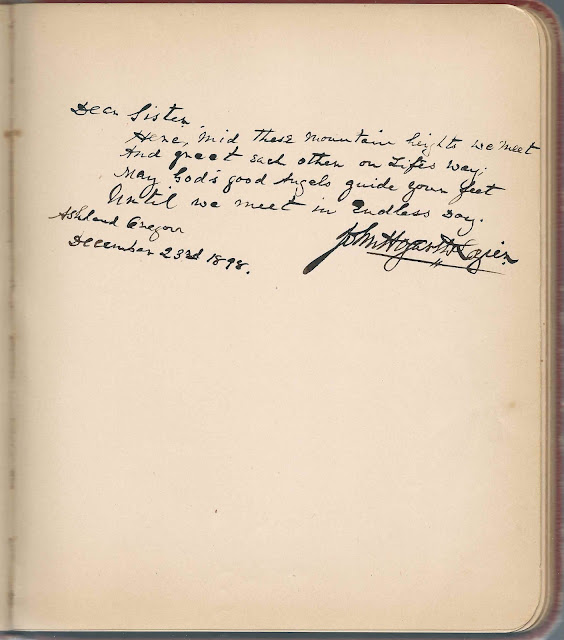 Posted by Pam Beveridge at 5:07 PM