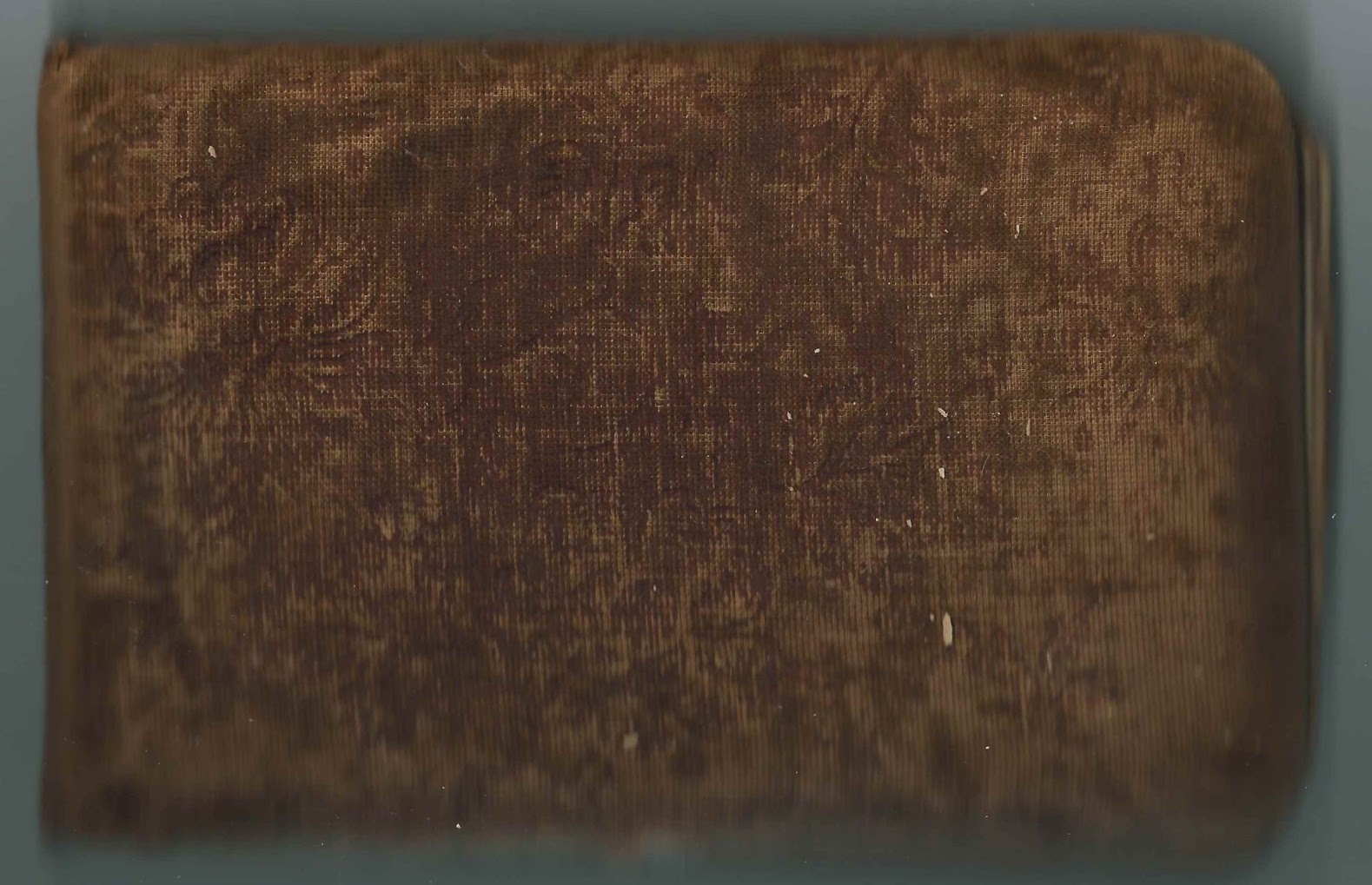 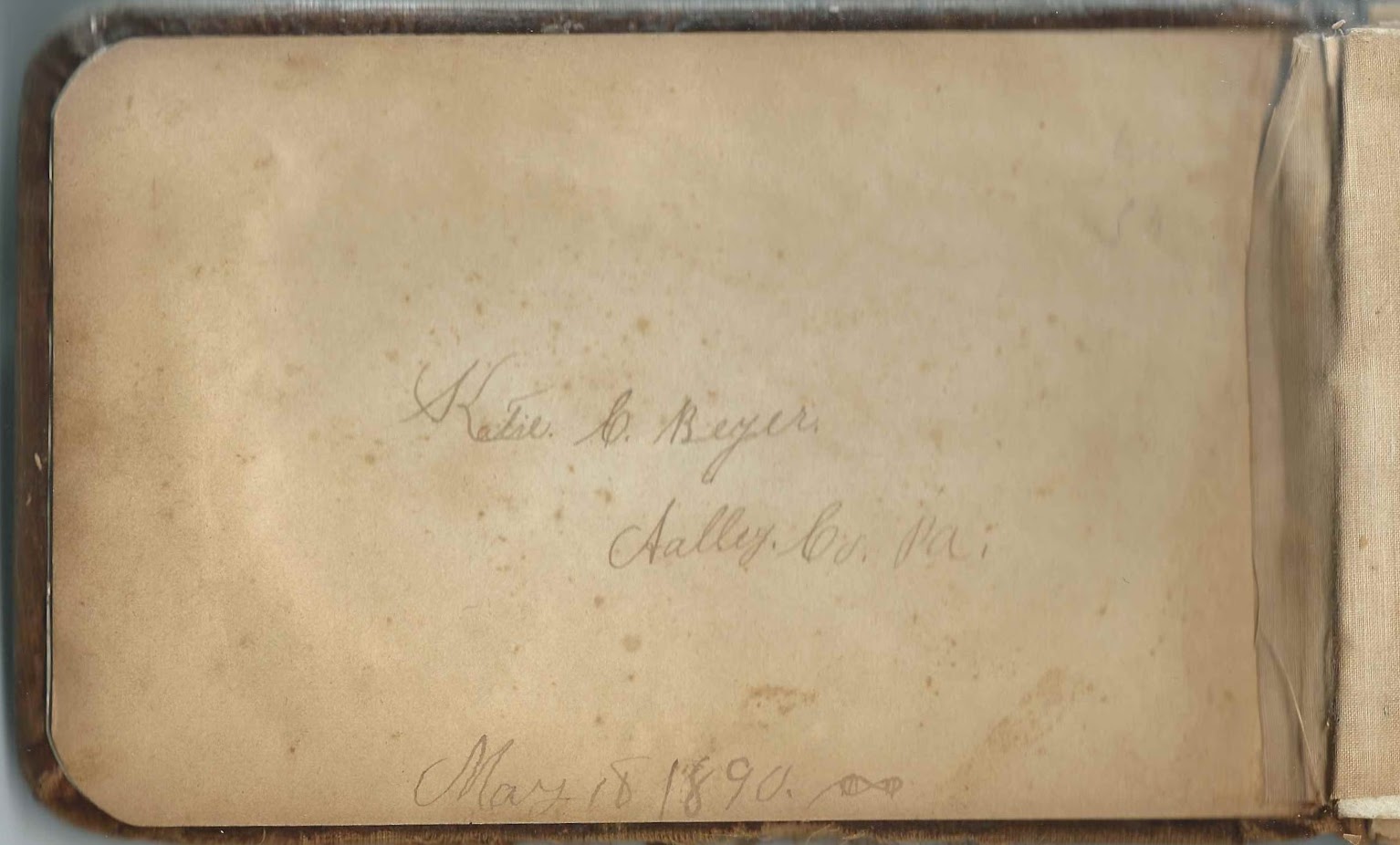 The album, which has puffy red velvet covers, measures approximately 7-3/4" x 4-1/2" and contains the sentiments of 32 of Katie's relatives and friends.  An alphabetical surname list and an alphabetical list of the signers, together with any personal information they offered, appear at the end of this post. 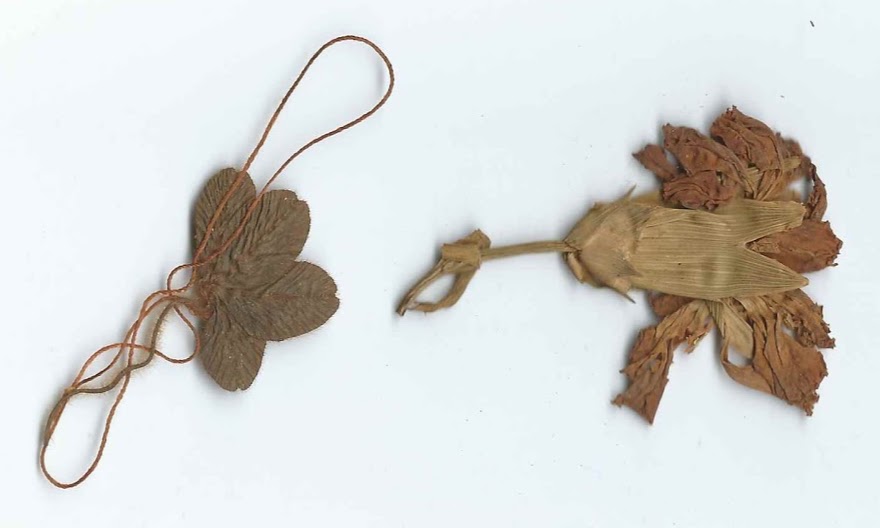 One of the signers, Maggie E. Beyer, who inscribed a page on January 18, 1891, called herself Katie's sister.  I don't know if Maggie was a sister or sister-in-law, as I'm not sure if Beyer was Katie's maiden name. 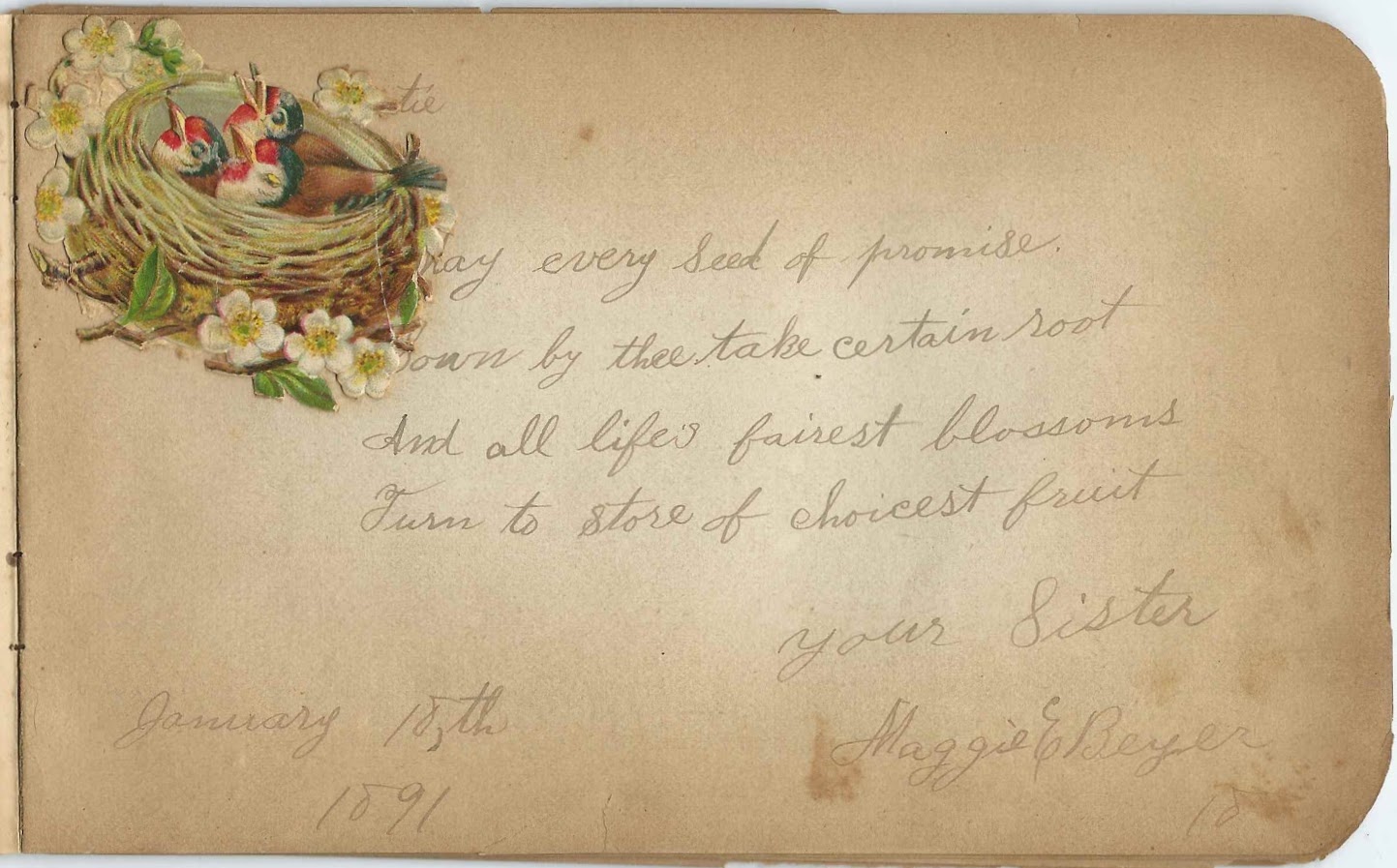 Another signer inscribed a page from Mariette to Mother, which appears to be a page signed later by Katie's daughter Harriette, though I haven't yet found a connection. 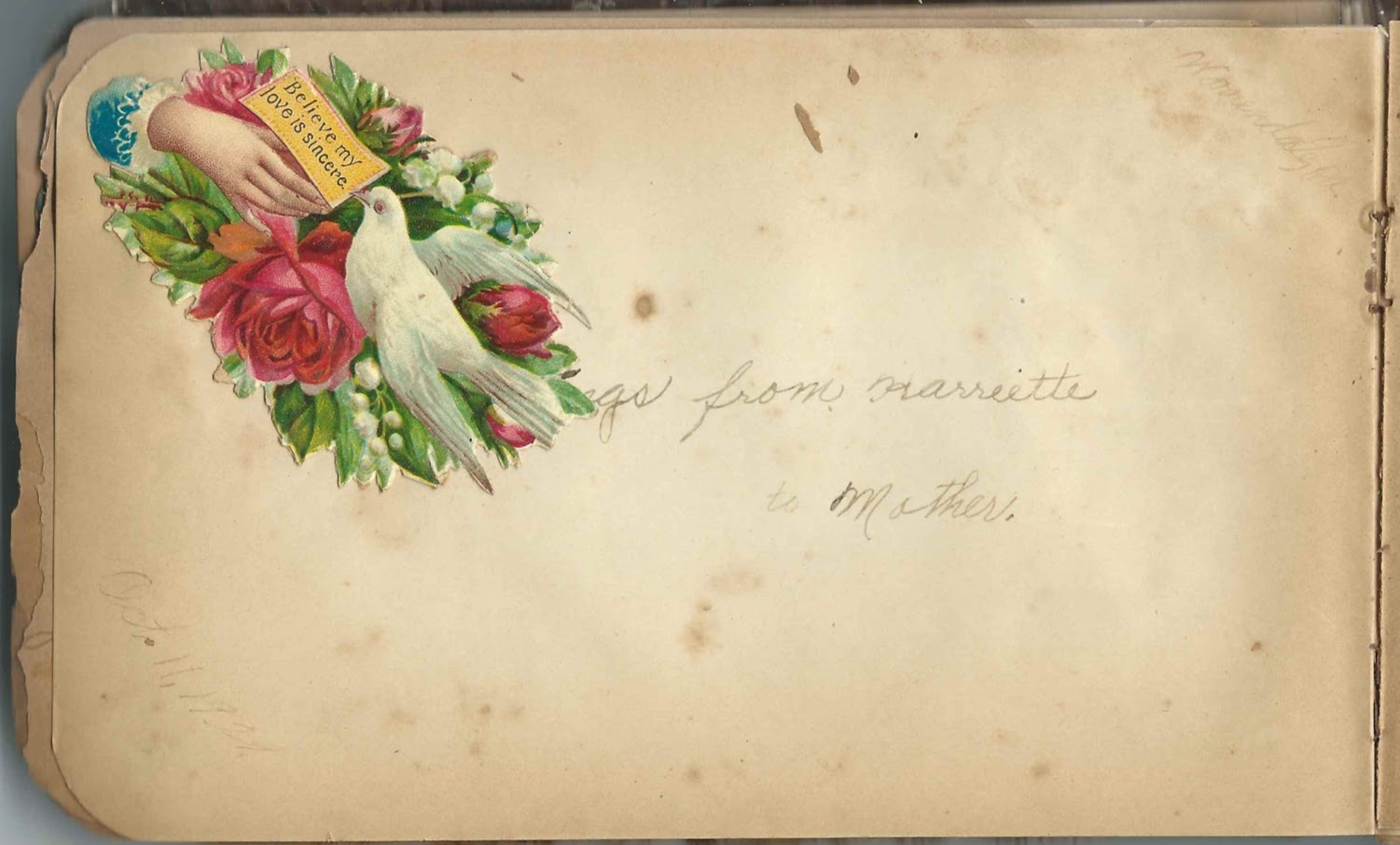 Several members of the Sasse family inscribed pages in the album.  One of them, Ella S. Sasse, signed her page on January 21, 1892.  Interestingly, I found that an Ella Sasse married a Christ Beyer on April 22, 1896 in Allegheny County, Pennsylvania. 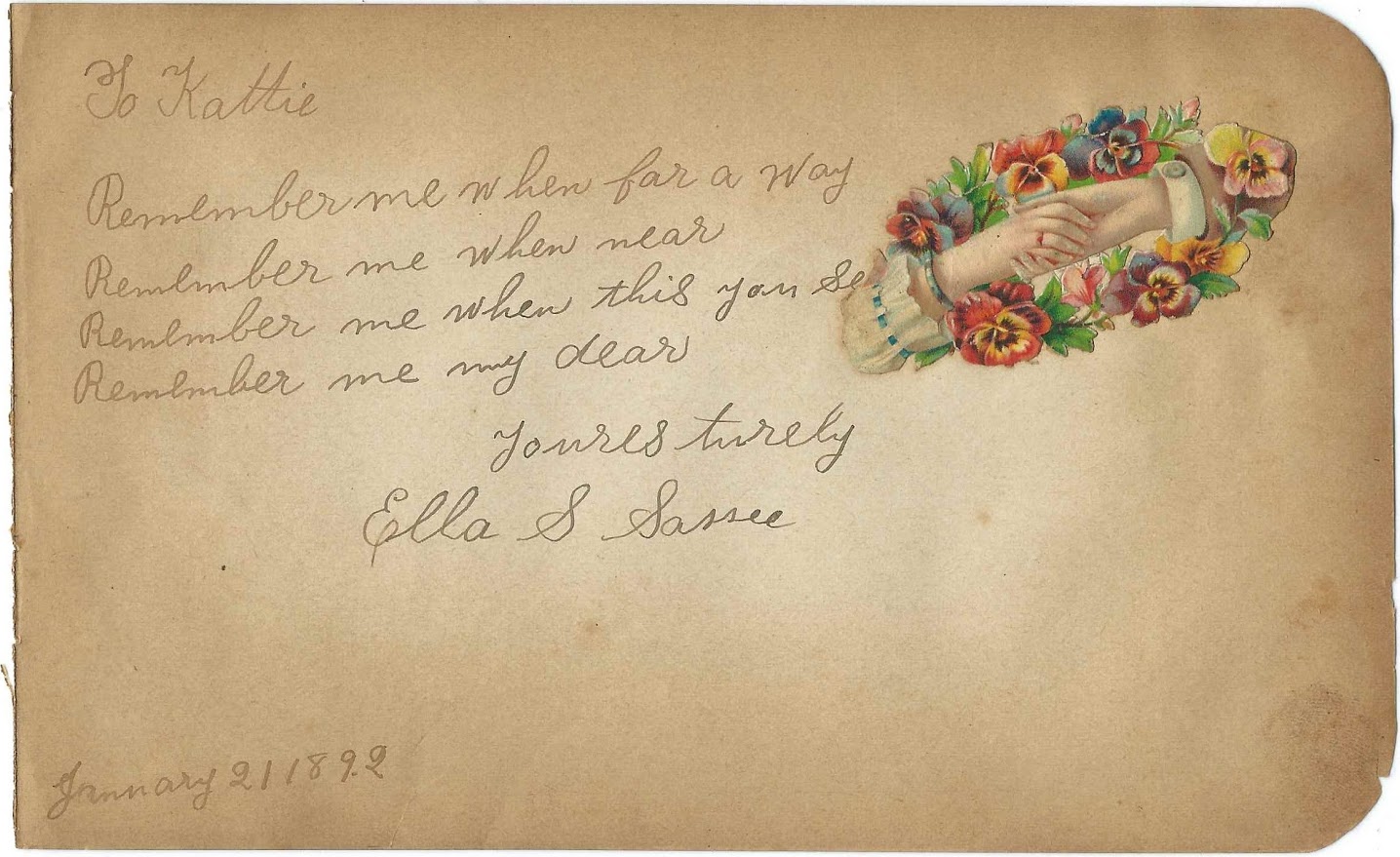 Hopefully a reader with knowledge of the genealogy and history of Allegheny County, Pennsylvania, will leave a comment with information on the Beyer family.


Signers in the album       [Note: Given names within a specific surname may not be in alphabetical order.]