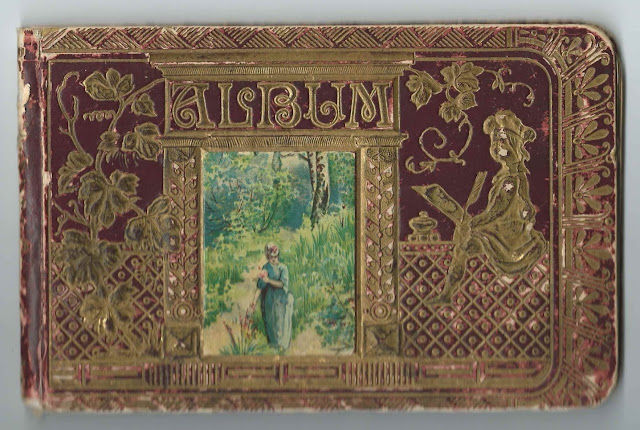 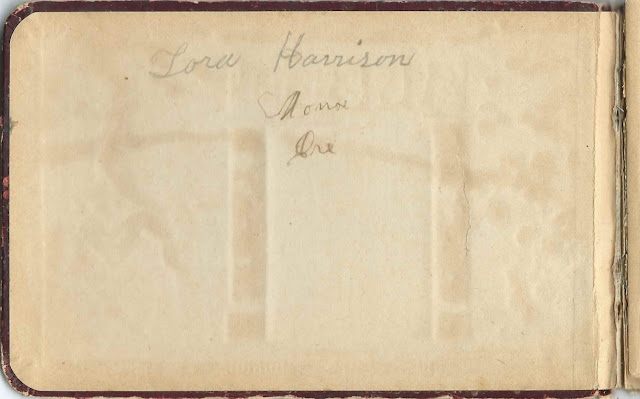 The album is approximately 7-1/4" x 4-1/2" and contains the sentiments of 38 of Lora's relatives and friends.  An alphabetical surname list and an alphabetical list of the signers, together with any personal information they offered, appear at the end of this post. 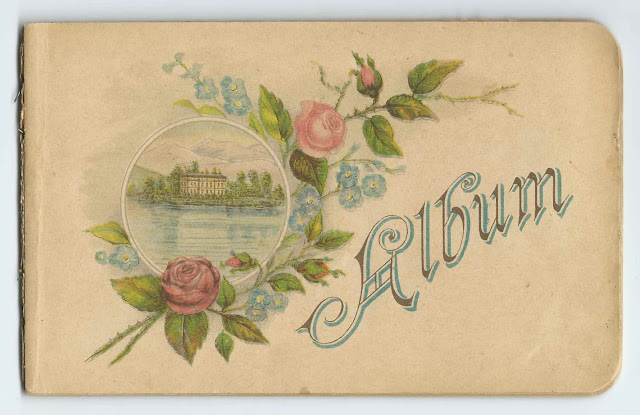 Lora Belle Harrison was born March 23, 1844 at Penewawa, Washington, the daughter of Asbury C. Harrison, about whom I've found very little information, and Eudocia Esther (Hammer) Harrison, some of whose siblings signed pages in the album.

Lora had, I believe, two siblings.  Her sister Edith May Harrison signed a page as Eda May on April 1, 1891. 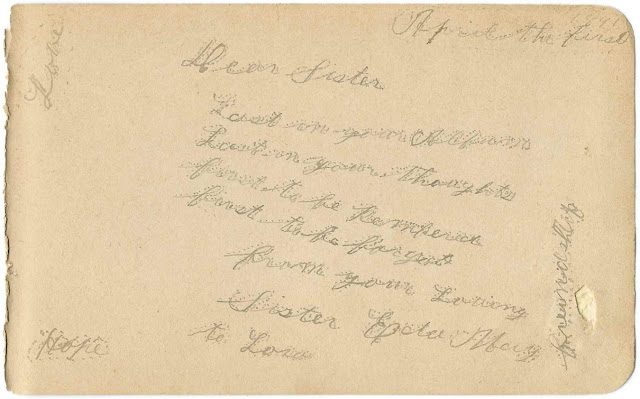 The Frank who signed a page in the album may have been Lora's older brother Frank Harrison. 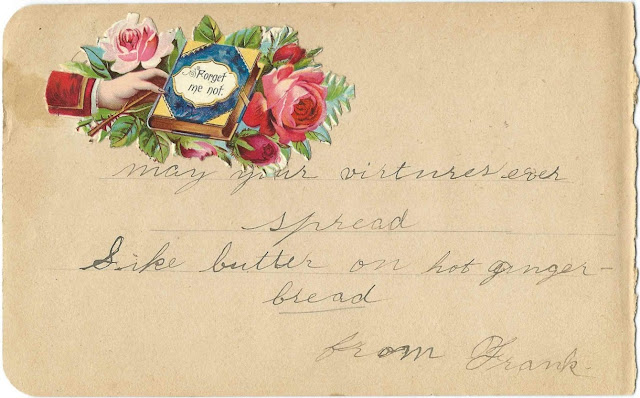 Several of Lora's maternal aunts and uncles signed pages in her album, as well as several Hammer cousins.  Please refer to the list below for specifics.

Posted by Pam Beveridge at 3:12 PM