Photograph of young Gladys Stewart with Genealogy on the reverse; born 1892 in Nebraska 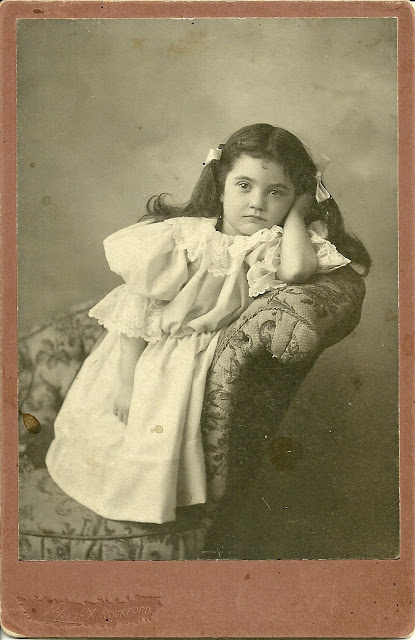 Photo taken by the Wheat Studio of Rockford (presumably Illinois) of young Gladys Stewart, who I believe was the daughter of William Marion Stewart and Deli (King) Stewart.

Found with this photograph was one of a young woman identified as Delia, with a surname that appears to end in "ford".  Hopefully a reader will recognize a connection.  Perhaps Delia (King) Stewart had a middle name that ended in "ford".

On the reverse of Gladys' photo, her birth is noted as July 14, 1892.  There are some other words, but written so faintly that I can hardly make them out, the same problem I have with her mother's photograph (see upcoming blog post about mother Delia).  I can read the words "Barton"; "Bancroft" Missouri. 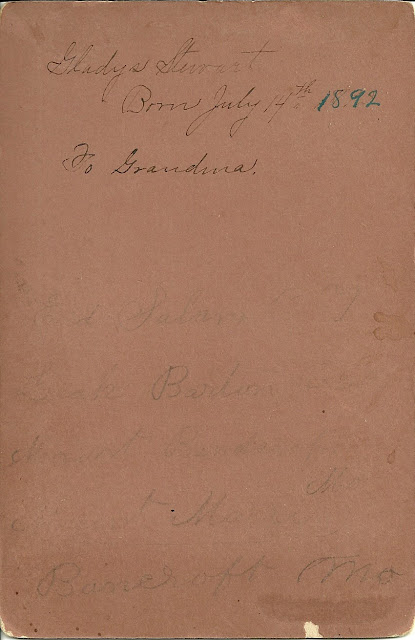 Posted by Pam Beveridge at 2:36 PM