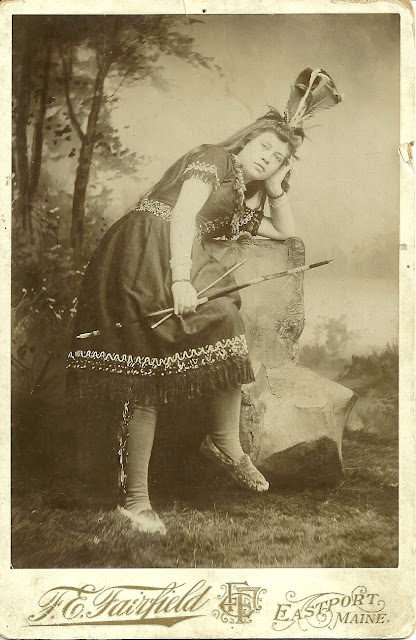 There's a settlement of Passamaquoddy Indians adjacent to Eastport at Sipayik (Pleasant Point, Perry, Maine), so it's possible that she was Passamaquoddy, but the whole staged scene makes me doubt she was.

What's intriguing, though, is the possibility that the photographer might have purchased the dress and moccasins from a Passamaquoddy seamstress. 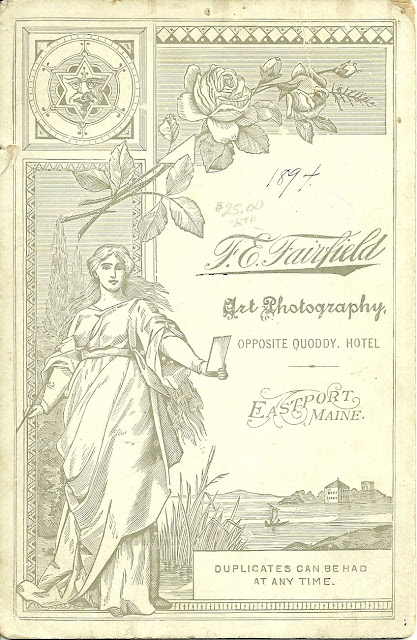