Resolve of the 55th Maine Legislature, 1876, Regarding Disbursements to the Passamaquoddy Tribe 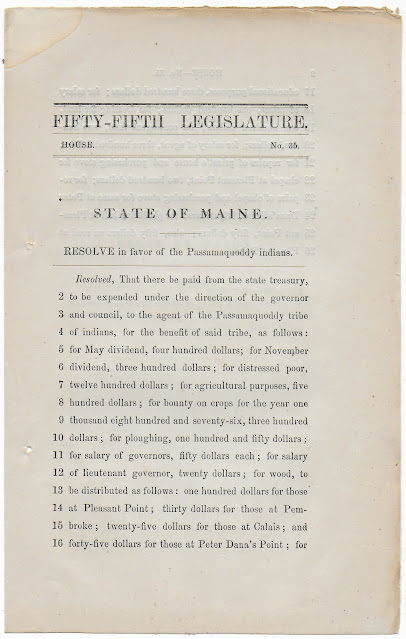 1876 Legislative Resolve in favor of the Passamaquoddy Tribe in Washington County, Maine.

Note: Be aware the State was using the tribe's own monies, under State control, for the disbursements listed below. The funds came from stumpage on tribal lands and land sales and leases by the State of Passamaquoddy land, which violated treaty.

State of Maine
In House of Representatives
January 27, 1876
Reported from the Committee on Indian Affairs, by Mr. SAWYER of South Thomaston, and ordered printed under Joint Rule.
ORAMANDAL SMITH, Clerk

RESOLVE in favor of the Passamaquoddy Indians

Resolved, That there be paid from the state treasury, to be expended under the direction of the governor and council, to the agent of the Passamaquoddy tribe of indians, for the benefit of said tribe, as follows: 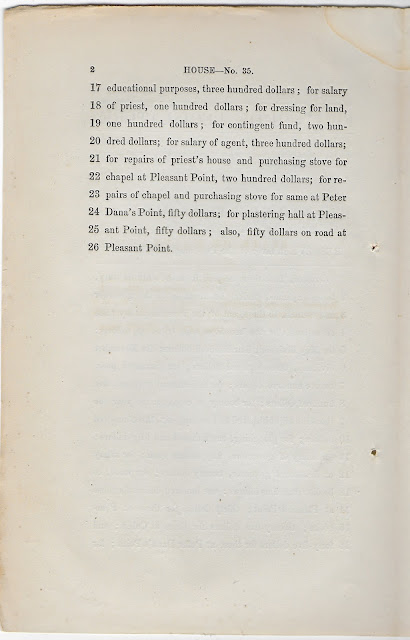 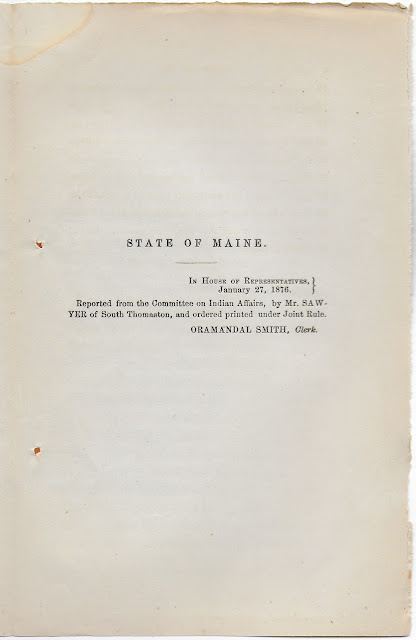