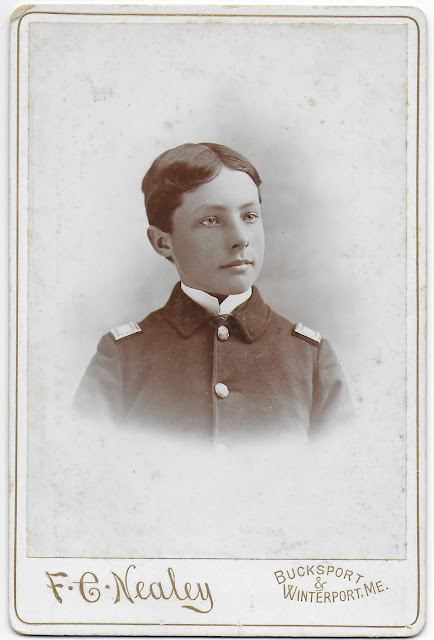 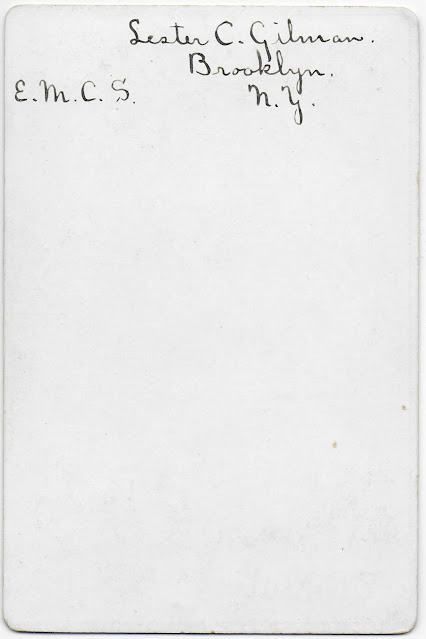 Lester's parents were Theophilus Gilman and Mary (Beattie) Gilman, both natives of Waterville, Maine, who at times lived in Brooklyn, New York.
Lester married Amy Louise Hall in 1915. By 1930, they had moved to Connecticut. Presumably Amy died or the couple divorced, as Lester married Amelia Lape Leonard in 1932.
The Gilman family was well known in both Waterville, Maine, and Brooklyn, New York. Theophilus' parents were banker and leather manufacturer Nathaniel Gilman (-1859), and second wife Joanna (Boyd) Gilman.
Nathaniel Gilman, who had many children with his two wives, moved between Waterville and Brooklyn, New York, some say to avoid taxes.  Upon his death, his second wife and factions of his children warred against each other, with the will not settled for fifty years.  Read "Lawyers and Horses Got it: the Story of the Fortune Left by Nathaniel Gilman", an article in the New York Times issue of March 22, 1891.
Read more about the Gilman family in an article about a miniature of Nathaniel Gilman.
If you have corrections and/or information to share, please leave a comment for the benefit of other researchers.

Posted by Pam Beveridge at 1:47 PM