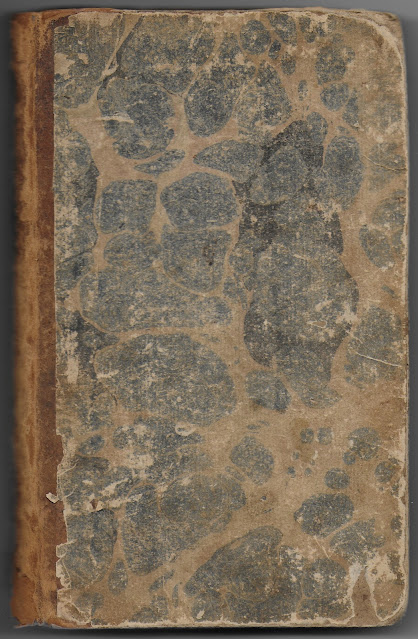 The Scholar's Arithmetic or Federal Accountant, published in 1812, that belonged to Bradford Frost (1800-1866) of New Braintree, Massachusetts, who apparently received it the year it was published, as the second following image shows.
Front end papers: 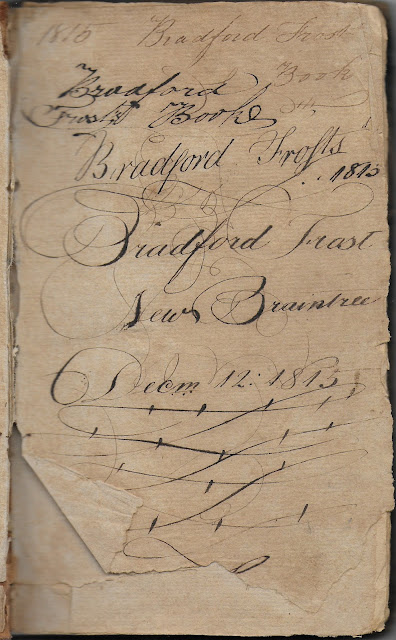 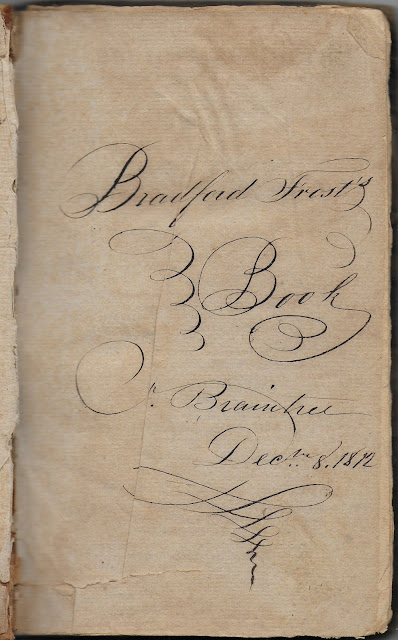 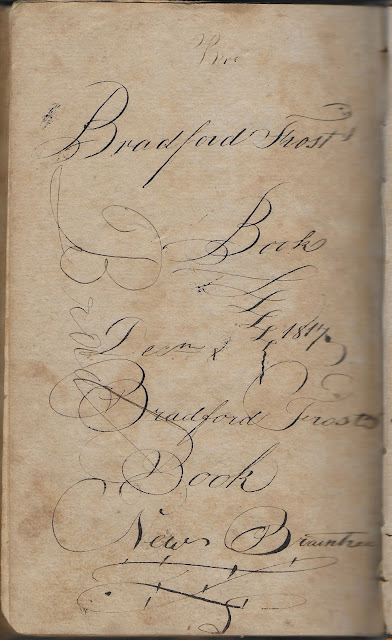 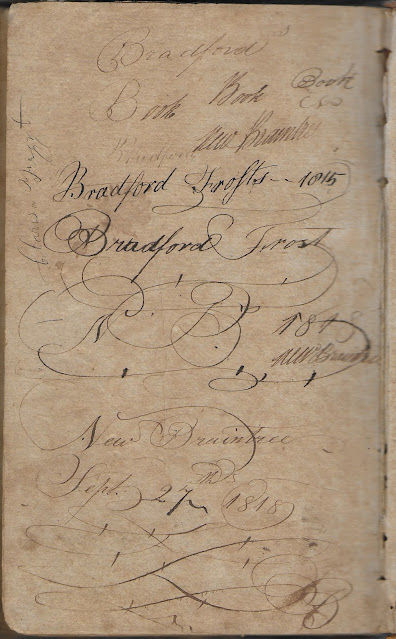 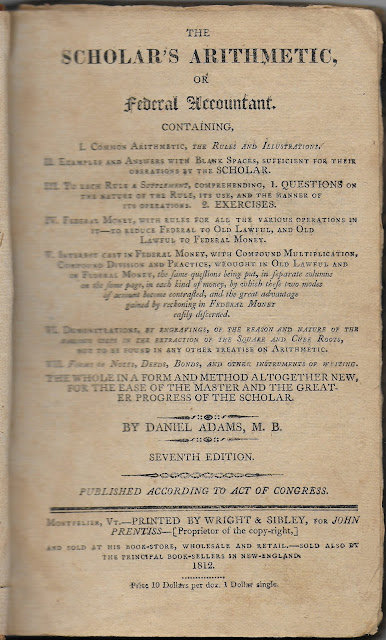 The following pages have handwriting, presumably that of Bradford. 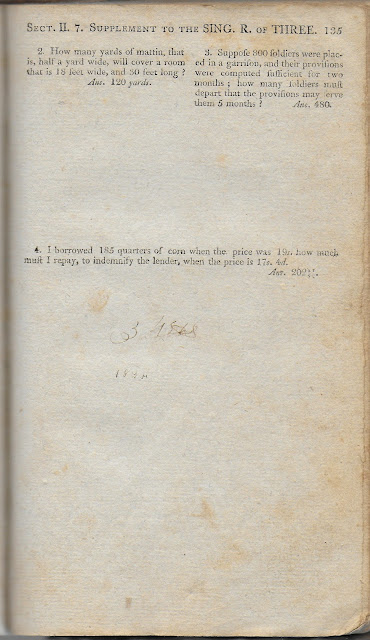 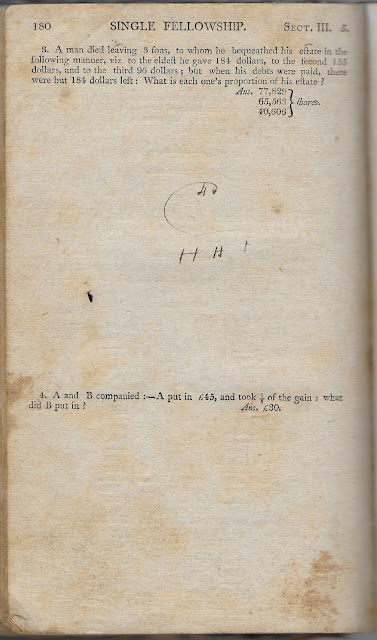 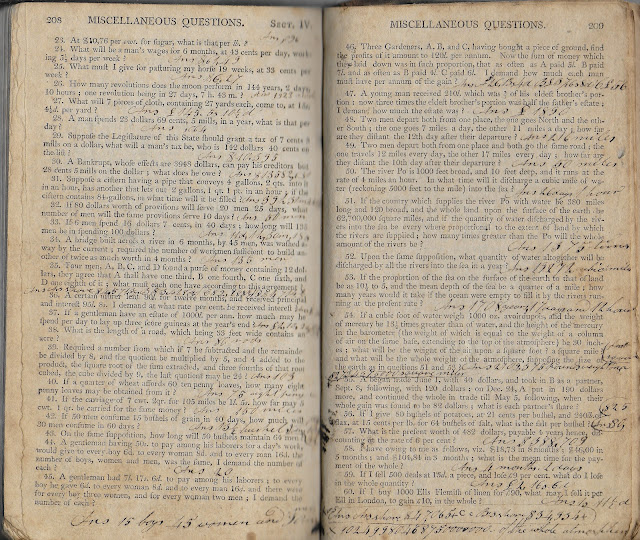 From brief online research, hopefully correct - corrections and additions requested:
Bradford Frost (1800-1866) was born  27 August 1800 at New Braintree, Massachusetts, son of Seth Frost and Abigail (Gould) Frost. Another record shows his year of birth as 1801.
Bradford applied for a passport in 1850; use the forward arrow at the upper left of the image to advance to two more images of his file, including a page that lists his physical features.
Bradford died of dysentery on 21 September 1866 and is buried in the Evergreen Cemetery in New Braintree. A mention in the New York, U.S., Death Newspaper Extracts, 1801-1890 (Barber Collection) notes that he had been a merchant in the City, presumably New York City.
If you have corrections and/or information to share, please leave a comment or contact me directly. 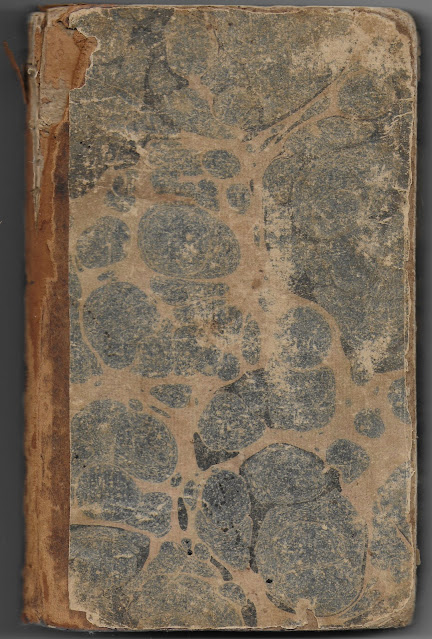 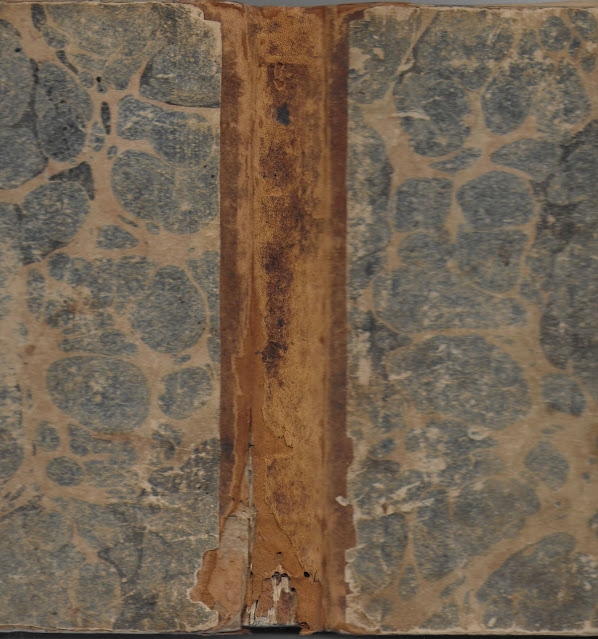