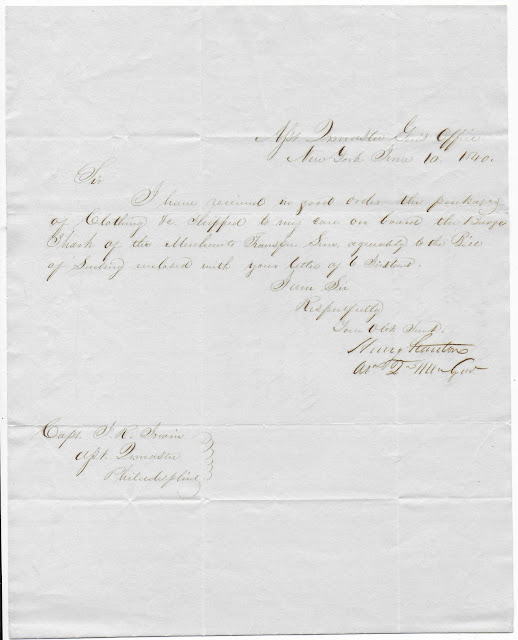 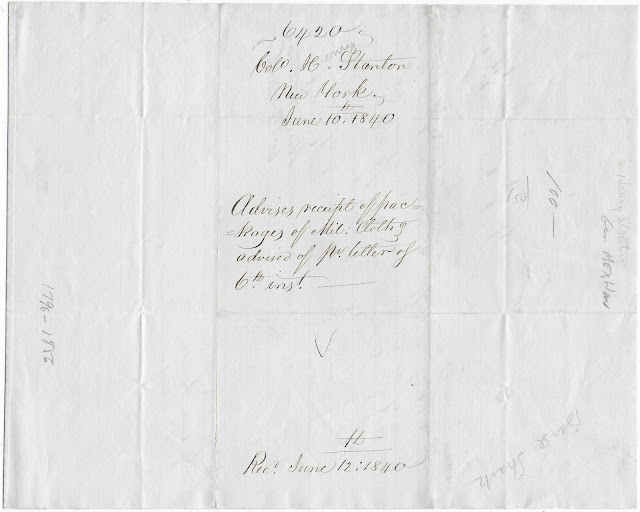 Advises receipt of packages of Mil. Clothing advised of per letter of 6th inst.

Colonel Henry Stanton (1179-1856), a Vermont native, son of David Stanton and Olivia (Galusha) Stanton, participated in the Seminole Wars and the Mexican War; he was promoted in 1847 to Brigadier General during the War with Mexico.
Capt. J. R. Irwin was Captain James R. Irwin (1800-1847), who graduated from West Point in 1825 and died in Mexico City in 1847, during the War with Mexico. He was a Pennsylvania native, son of Archibald Irwin and Mary (Ramsey) Irwin.
If you have information to share on either officer, please leave a comment for the benefit of other researchers.
Posted by Pam Beveridge at 10:17 AM