c1870s Letters to Lovina A. (Hodgkins) Stinchfield Norton at New Sharon, Maine and an 1862 Letter Provided by a Reader 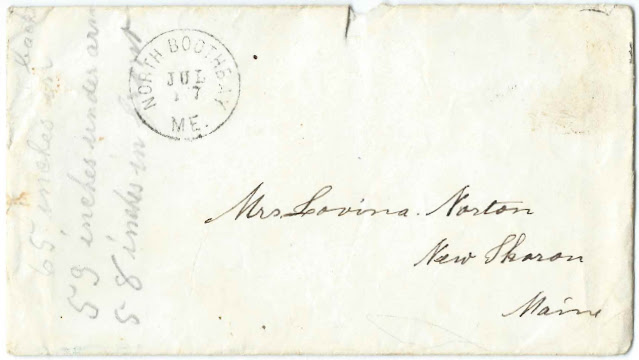 Note: A reader has forwarded images of a letter written to Lovina by her second husband Benjamin Norton (1833-1862) who died during his service in the Civil War.  These images appear as Letter No. 5, below.

Images and transcriptions at the end of this post.