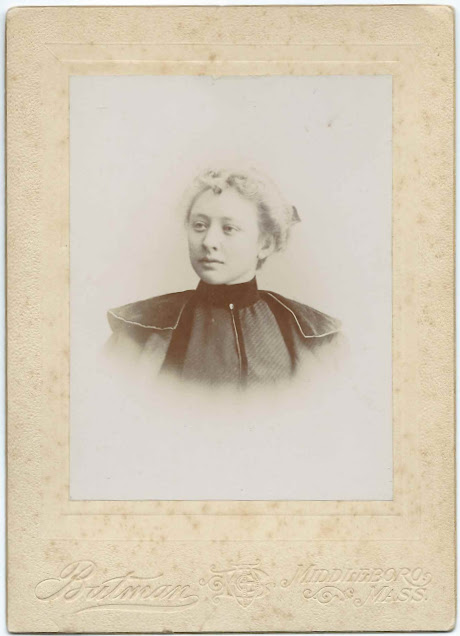 c1890s photograph, presumably a graduation photograph, of Arleen Hackett, graduating from Middleborough High School at Middleborough, Massachusetts. Judging from what is written on the reverse, she gave the Class Prophecy. 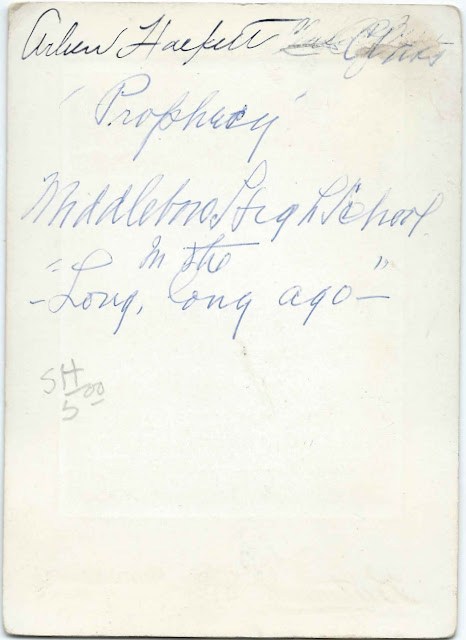 This Arleen, who died in 1964, is buried with her parents in the Purchade Cemetery at Middleborough, Massachusetts.

If you have corrections and/or information to share, or feel that Arleen Hackett is a different person from that described above, please leave a comment for the benefit of your fellow researchers.

Posted by Pam Beveridge at 2:00 PM