Religion and Politics in Surry Maine, before the Civil War 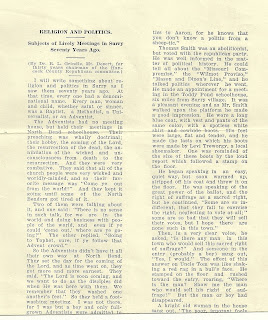 As I was going through some old papers, I found this one-page (but a long page, too long for my scanner in one shot) article by Dr. R. L. Grindle, Mount Desert, Maine, who was chairman of the Hancock County Republican committee for thirty years.  He talks of events 70 years in the past, and mentions anecdotes from 1854 and 1855 specifically, so I believe he wrote the article in the 1920s.

Some of his observations made me wince. 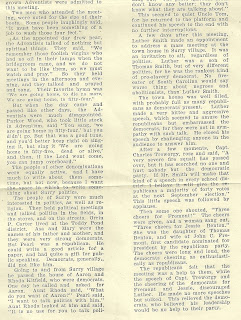 I couldn't seem to get an acceptable OCR of this article, so I've transcribed it for you: