Group Photo of the Family of Hiram B. Hawes, St. Albans, Maine 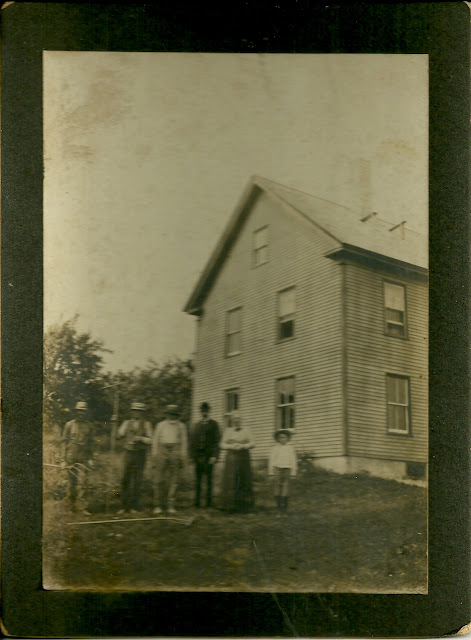 Shown, from left to right, are Charles Moore, Charles Hawes, Hiram Hawes, Manter Wright, Mary Hawes and Lewis Wright.  The photograph has some notations on the back that indicate they were made by a son or daughter of Charles F. and Sarah Frances (Hawes) Moore: Ethel, Charles, Arthur or Etta. 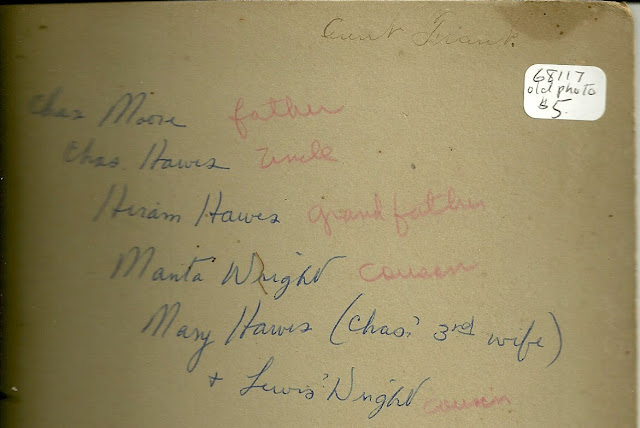 Hiram Bradford Hawes, according to his death record, was born in 5 May 1817, at Albion, Maine, the son of Nathaniel and Margaret (Evans) Hawes.   He died 16 January 1912 at St. Albans, Maine.

Manter Wright, spelled Manta on the reverse of the photograph, was the son of Hiram's daughter Maria Fowler Hawes and her husband George A. Wright.

The woman above is presumably Mary Esther (Glidden) Hawes, third wife of Charles Hiram Hawes.  She was born at St. Albans, Maine, on 7 October 1854, the daughter of Calvin Seldon Glidden and Olive (Stewart) Glidden.

Update of 31 January 2013.  I've been contacted by someone who purchased another photograph of the Hawes family and who has graciously allowed me to reproduce it here. 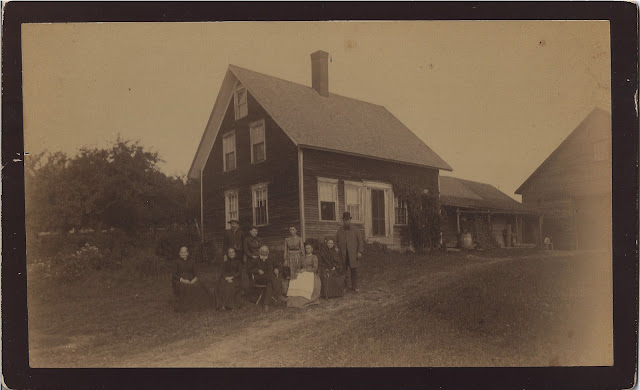 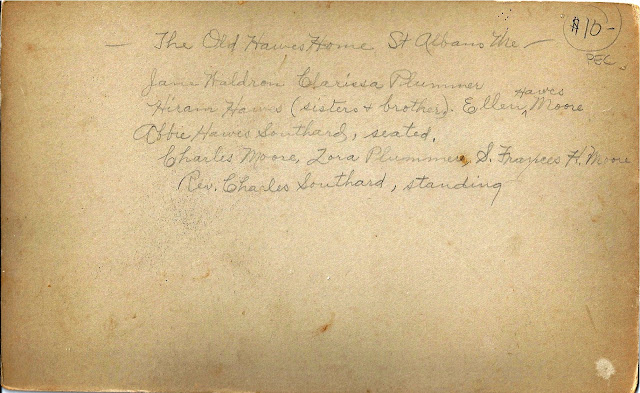