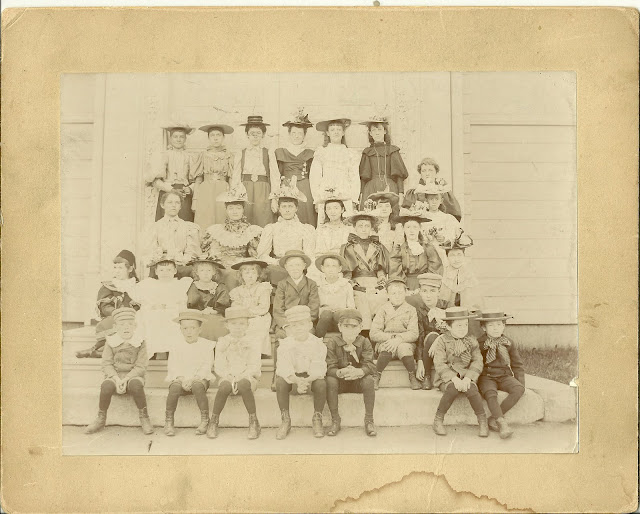 Circa 1895 photograph of a group of students that I believe attended school in Dexter, Maine.   Click on the photograph to view it in its entirety.

Thankfully, the students are identified, but the rows are uneven, making fitting the ID to the student a bit difficult in some cases.


Dexter is in Penobscot County, not far from Bangor, Dover-Foxcroft and Newport. 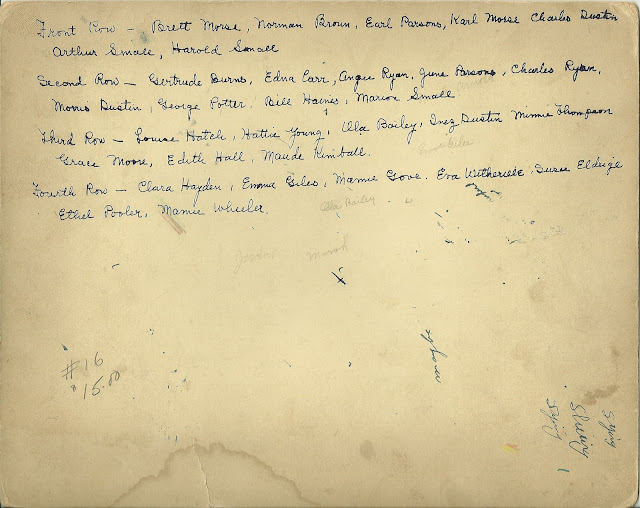 
Just for grins and giggles, I went to the excellent Maine Marriage History online database at the Maine State Archives.  Here are marriages with similar names to our students, where either bride or groom or both gave Dexter as their residence - take it with a grain of salt:


Bill Haines - there's a listing for a Frank W. Haines, Dexter, who married Winifred B. Beverly of Machias, 22 Sep 1919.  Could this be our Bill?


I hope that you've enjoyed this photograph from the past.  Perhaps you've even found an ancestor or two in it - if so, I'd love to hear from you.  Thanks for stopping by!

Posted by Pam Beveridge at 8:24 AM