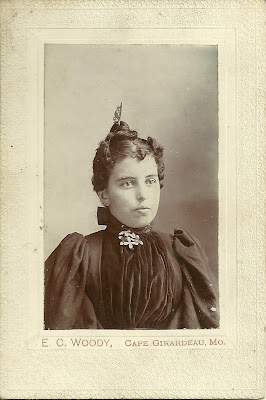 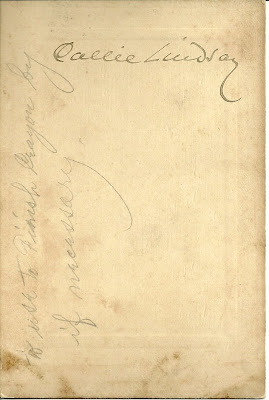 From searching online, I find that Callie, or Calley as she is variously listed, was born about in November  1879, the daughter of John C. Lindsay and his wife Martha Elizabeth (Scism) Lindsay of Cape Girardeau, Missouri.  From the Censuses, I've determined that John was born about 1848 in Missouri, and Martha was born in 1853, also in Missouri.

It's disheartening how so many children lost their parents back in the day; bad enough the other way around.

If you have any insights into the families of Callie Lindsay or Stephen Bank, I would very much appreciate hearing from you.  Thanks for stopping by!