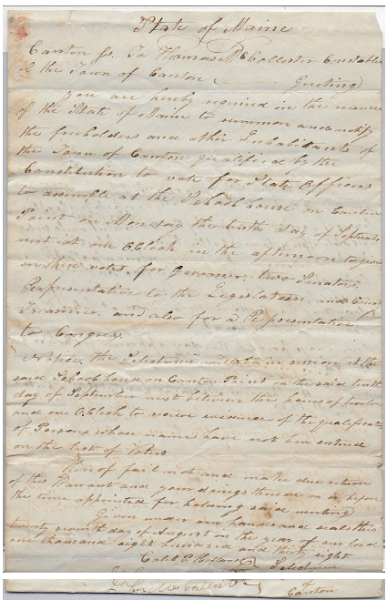 August 27, 1838 Canton, Maine, document, where Constable Timothy McCollister is directed by Selectmen Caleb P. Holland and John McCollister to post notice about the upcoming State Elections, for freeholders and other inhabitants in Canton to vote at the School house on September 10.
On the reverse, on August 31, 1838, Constable McCollister certifies that he posted notices in the stores of Otis Hayford, near Hayford's Mills, and John Kelsey at Canton Point.
Approximately 11-3/4" by 7-3/4".  Click on an image to enlarge it. 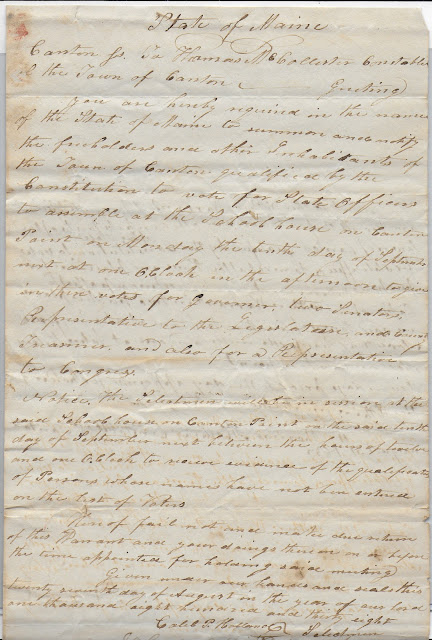 Top part of front of document 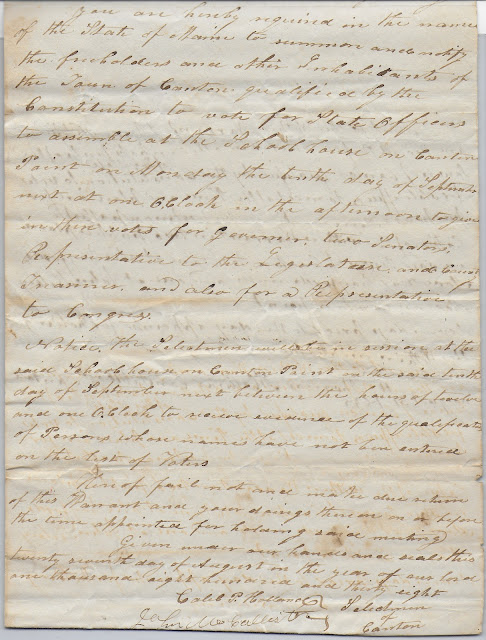 Bottom part of front of document 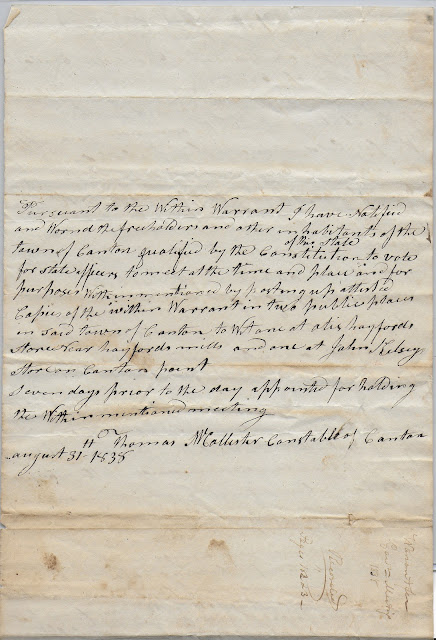 Reverse of document
The men mentioned above were, presumably:
If you have corrections and/or information to share on any of these men, please leave a comment or contact me directly.
Posted by Pam Beveridge at 7:28 AM