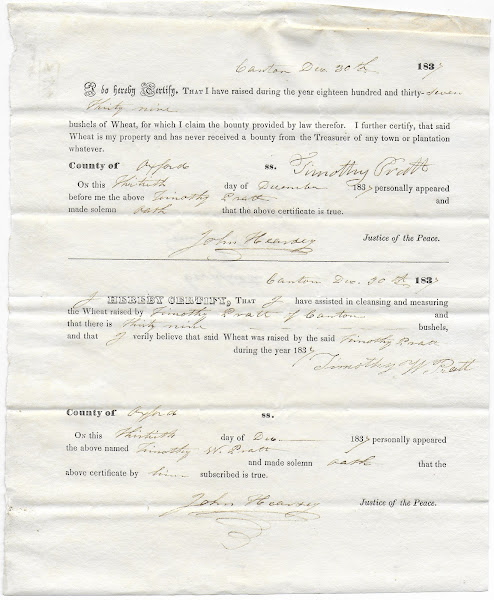 December 30, 1837 Canton, Maine, document where Timothy Pratt certifies to Justice of the Peace John Hearsey that Pratt raised 39 bushels of wheat during the year. Timothy W. Pratt certified that he had helped with the cleaning and measuring; he may have been Pratt's son or other relative, or perhaps the same person.  The bounty, written on the reverse, was $3.14.
Approximately 9-1/2" by 7-3/4"; minimal handwriting on the reverse.
Click here to see a list of more 19th century documents relating to Canton, Maine. 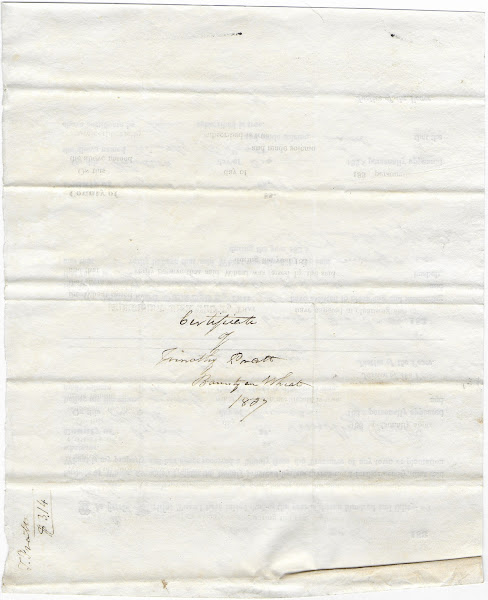 Men mentioned above:
Posted by Pam Beveridge at 12:53 PM