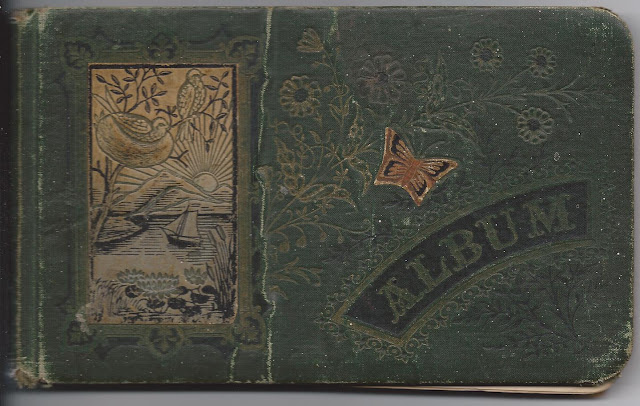 1880s-1924 autograph album of the Prince family of New Brunswick, Canada.  See images of the album in a slide show at the bottom of this post. 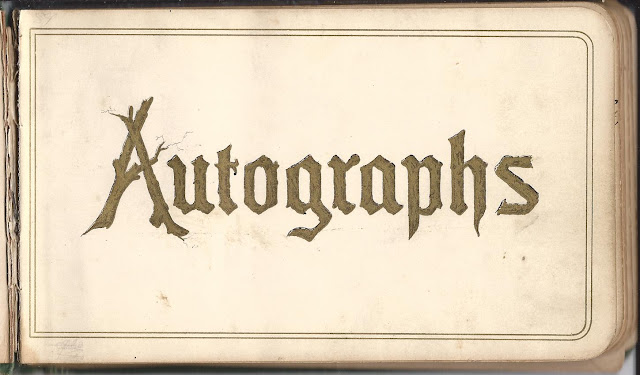 The album measures approximately 7-1/4" x 4-1/4" and contains the sentiments of nearly 50 members of the Prince and Nice families and other relatives and friends.  An alphabetical list of the signers appears at the end of this post.

I believe the album was started by Victoria Alice Prince.  At some point it was taken over by her nieces, Alice Maude Prince and Ella Audrey Prince, daughters of Victoria's brother Henry Nice Prince.  Of the pages that include the name of the person to whom the sentiment was directed, most were inscribed to Alice.

At least two were inscribed to Ella Audrey Prince: 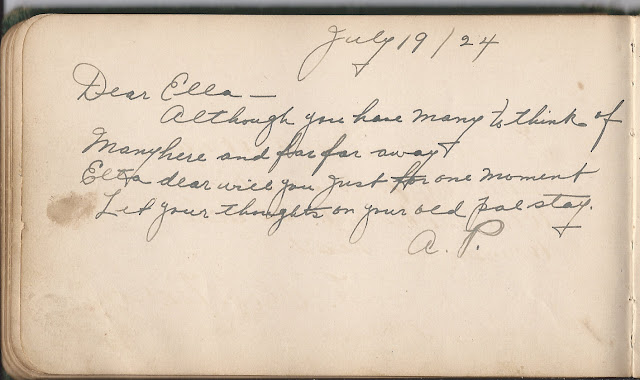 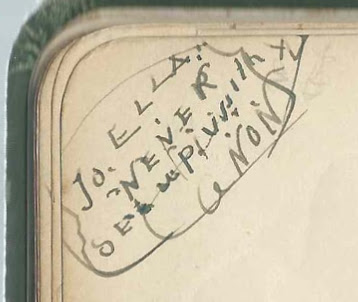 Below, three pages that appear to have been inscribed by Alice Maude Prince herself:

Uncle Henry Nice of Portland, Oregon, who became an influential citizen of the Northwest. 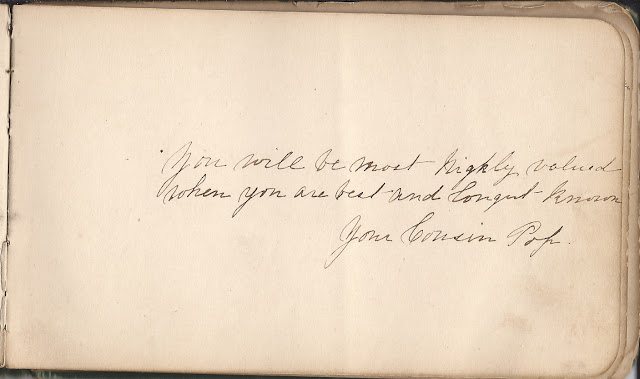 A Saint John Cousin; right side of page is missing

To see images of all of the pages, in page order, visit the Maine and Maritime Genealogy network.

A slide show of the album