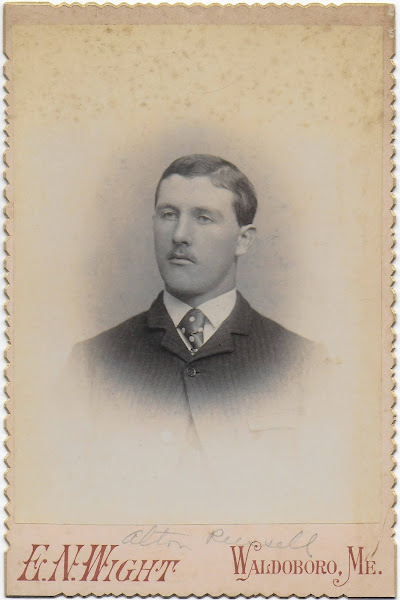 Cabinet photographs of siblings Alton Thomas Russell (1872-1935), shown above, and Maud I. Russell (1874-1943) of Waldoboro, Maine; both are identified on the front.
The photographs have an identical full page imprint of the studio, E. N. Wight of Waldoboro on the reverse. 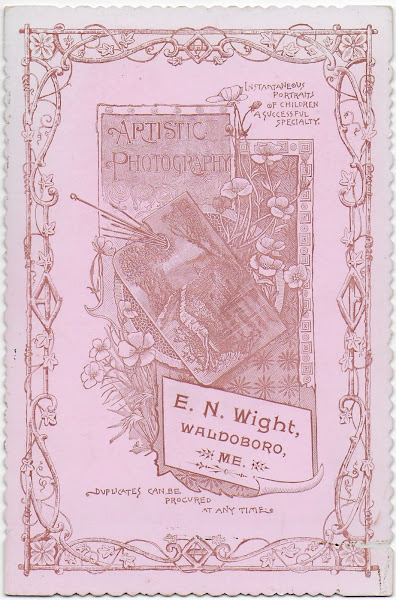 These Russell siblings would marry Calderwood siblings:
Below, Maud I. Russell (1874-1943) 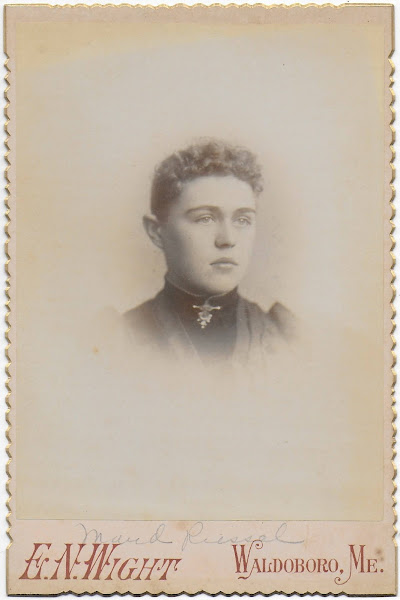 Alton and Maud were two of the several children of Jackson Russell and Mary A. (Collamore) Russell of Waldoboro, Maine.
If you have information to share on the Russell, Calderwood and Collamore families of Midcoast Maine, please leave a comment for the benefit of other researchers.
Posted by Pam Beveridge at 8:55 AM