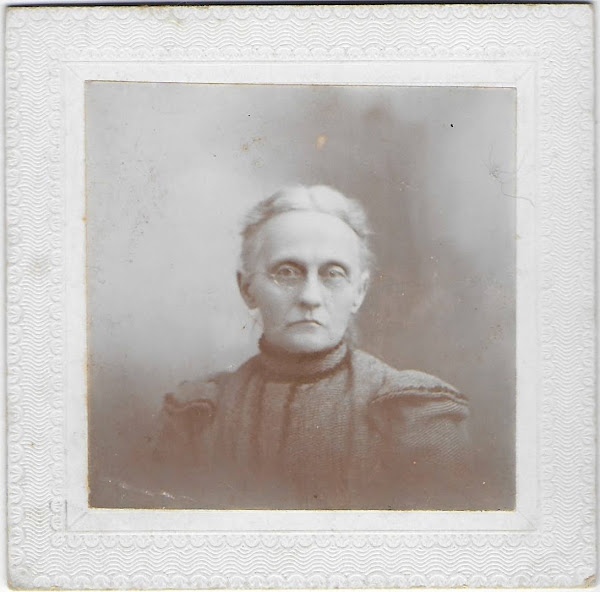 Photograph of an older woman identified on the reverse as Mary Wilbur; no studio imprint.
I was told she is Mary Jane (Leighton) Wilbur (abt 1821-1899) of Pembroke, Maine,  wife of Josiah Wilbur (1821-1902), but hope that a reader will provide confirmation. 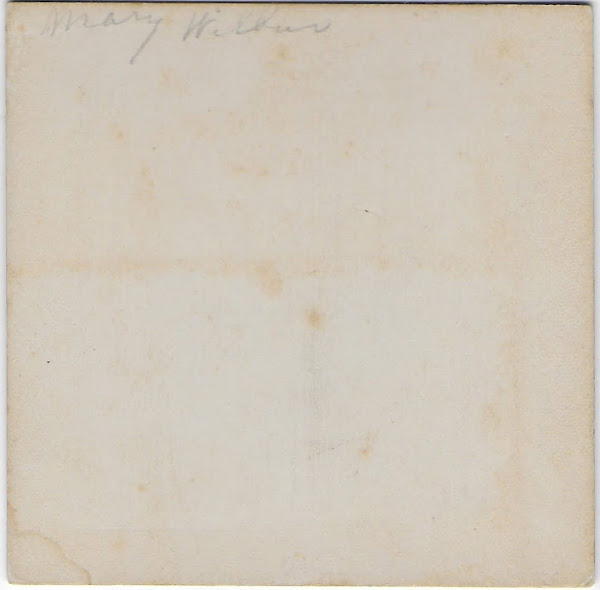 Mary Jane (Leighton) Wilbur was born in Pembroke, Maine, about 1821, the daughter of John Leighton and Sarah (Maker) Leighton, as shown on her death record - although in some places her birth year is given as 1826.
Mary Jane and Josiah Wilbur, who declared their intention to marry on 18 April 1844, had at least 8 children, as shown in a town record, which also shows that two sons died in 1861 and another son in 1885.
If you have family photographs of Mary Jane (Leighton) Wilbur or have come across a likeness of her in your research, please leave a comment below.
Posted by Pam Beveridge at 1:44 PM