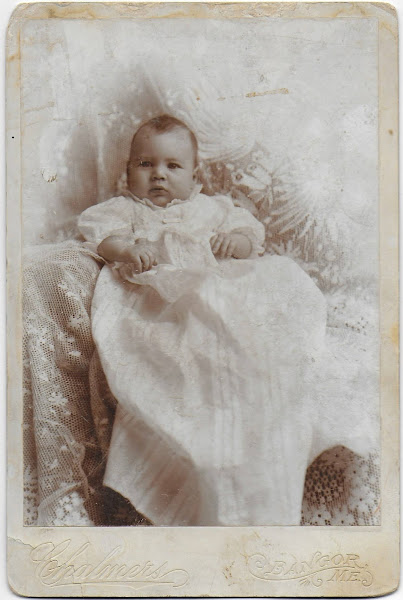 c1896 photograph of a baby identified on the reverse as Robert Prescott Hills.
He was presumably Robert Prescott Hills (1896-1971), son of George Oscar Hills and Alice L. (Prescott) Hills - not Robert's son of the same name, born in 1919.
The elder Robert would marry Vesta A. Dean (1897-1998), daughter of Walter E. Dean and Mabel (Stubbs) Dean on 2 January 1919 at Brownville, Maine. At the time Robert was an assistant railway agent, and Vesta was teaching school. By 1930, they had moved their family to Michigan. 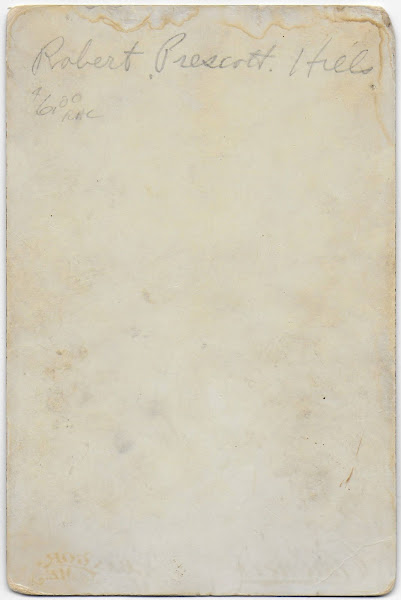 If you have information to share on the Hills, Prescott, Dean and Stubbs families of Piscataquis County, Maine, please leave a comment for the benefit of other researchers.
Posted by Pam Beveridge at 8:41 AM