Photograph of Margaret Dresser, Valedictorian in Class of 1905 of Ellsworth, High School; by the Osgood Studio 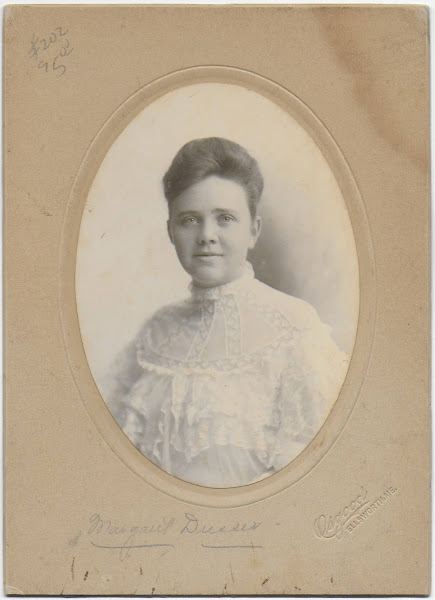 Photograph, presumably the graduation photograph, of Margaret Lorret(t) Dresser (1887-1953), a member of the Class of 1905 at Ellsworth High School in Ellsworth, Maine.
The photograph was taken by the Osgood studio of Ellsworth.
Margaret, who was born in Cherryfield, Maine, was the daughter of William Henry Dresser (1852-1953) and Mary Ida (Campbell) Dresser (1849-1948), natives of Lovell, Maine, and Cherryfield, Maine, respectively.
Census information shows that William was a superintendent of schools in Ellsworth, Maine (1900), and East Livermore, Maine (1910), and, later, a teacher in an academy in or near Yarmouth, Maine (1920).
According to an article in the June 21, 1905 issue of the Ellsworth American, Margaret was both Marshall and Valedictorian of the Class of 1905.  The March 9, 1910 issue from the same newspaper contained an article about the fifth reunion of the Class of 1905, held in Boston, Massachusetts, and noted that Margaret was then living in Salem, Massachusetts.
Margaret must have just barely moved to Salem at this time, as she was enumerated in April 1910 in the Census of East Livermore, Maine, where she was working as a music teacher and living with her parents. 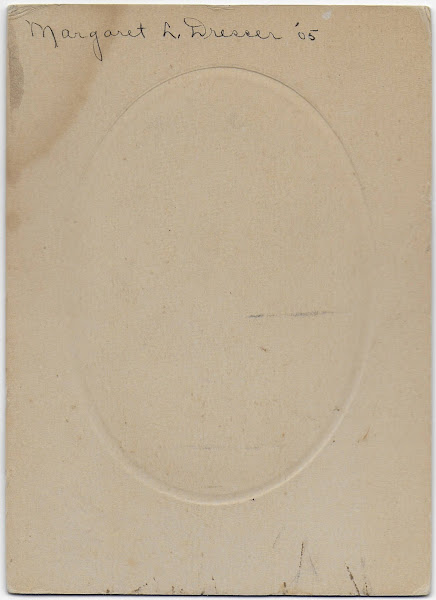 Margaret was still working as a music teacher at the time of her 1912 marriage in Yarmouth, Maine, to musician Willis Lawrence Whitcomb (1886-1959). They subsequently lived in New York, where their son Robert was born about 1917, and then moved to California.
Margaret in Los Angeles in 1953 and Willis died there in 1959.
Posted by Pam Beveridge at 3:09 PM