1895 Cabinet Photograph of Miriam Stedman (Jackson) Smith; by the William A. Webster Studio of Waltham, Massachusetts 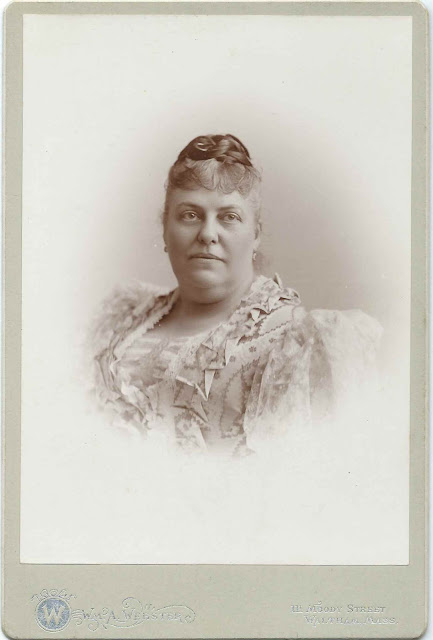 Cabinet photograph of a woman identified on the reverse as "Miriam Stedman Jackson Smith, February 1895".  The photograph was taken by the William A. Webster studio of 111 Moody Street, Waltham, Massachusetts. 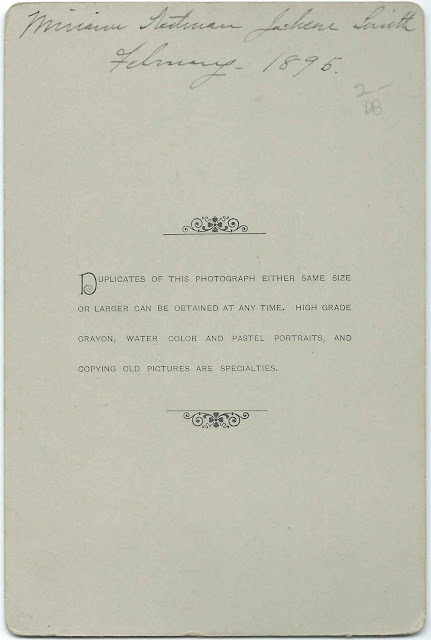 Mildred and Fred had several children, one of whom was Bowen Bancroft Smith, whose 1888 Newton High School graduation photograph is the feature of another post

Posted by Pam Beveridge at 9:43 AM