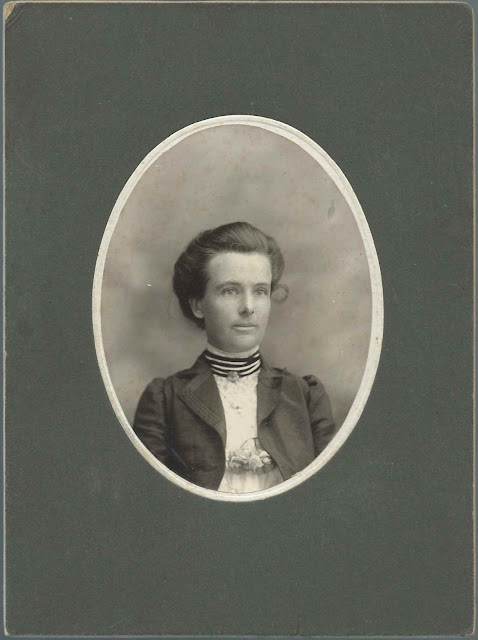 Two photographs related to the Hopkins and Nutter families of coastal Maine, with mention of Isle au Haut and the villages of Hall Quarry and Southwest Harbor on Mount Desert Island.

The name Mrs. A. C. Hopkins [I hope I've interpreted the initials correctly] appears on the back of each, but I don't know if the sitter was Mrs. A. C. Hopkins or she was the person who was to receive the photographs from the studio for further distribution.

The reverse of the above photograph, shown below, notes that one copy was for Mrs. A. C. Hopkins at Head Harbor, Isle au Haut, and another for David Nutter of Hall Quarry, both to be shipped by way of Southwest Harbor. 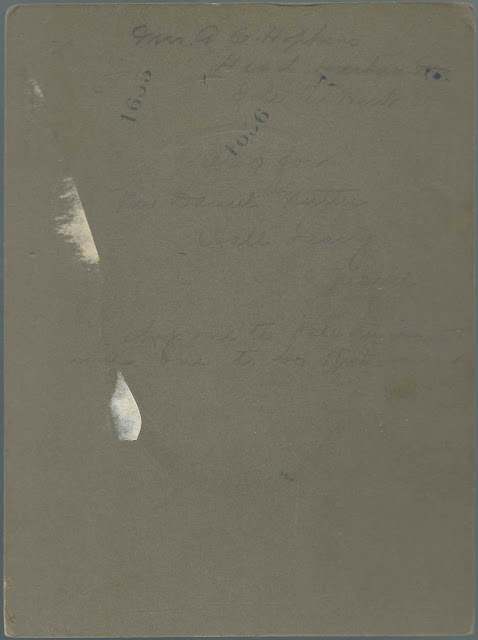 The other photograph may be of the same young woman or her sibling or other person.  It also bears the name of Mrs. A. C. Hopkins on the reverse, with instructions, presumably to the studio, to ship the photograph to Isle au Haut. 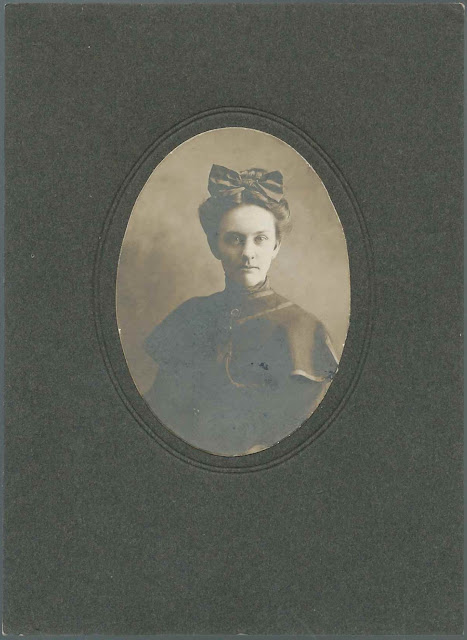 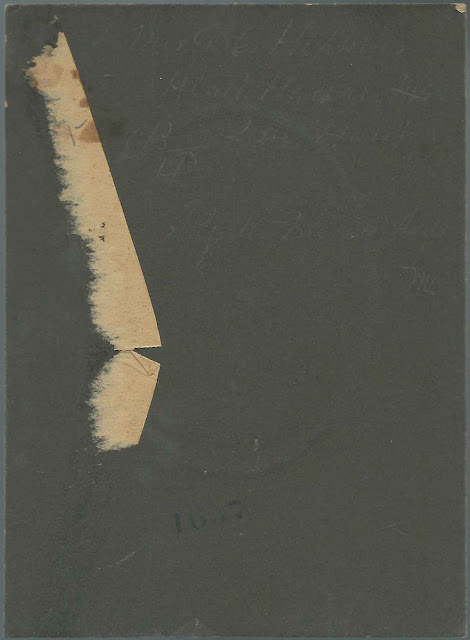 Hopefully a reader will recognize the names and be able to identify the families involved.  Even better, perhaps someone has copies of the same photographs, with a more definitive identification on each.

Posted by Pam Beveridge at 9:37 AM