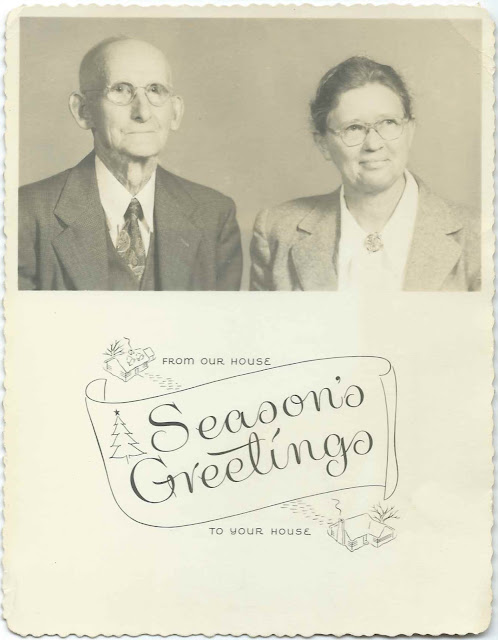 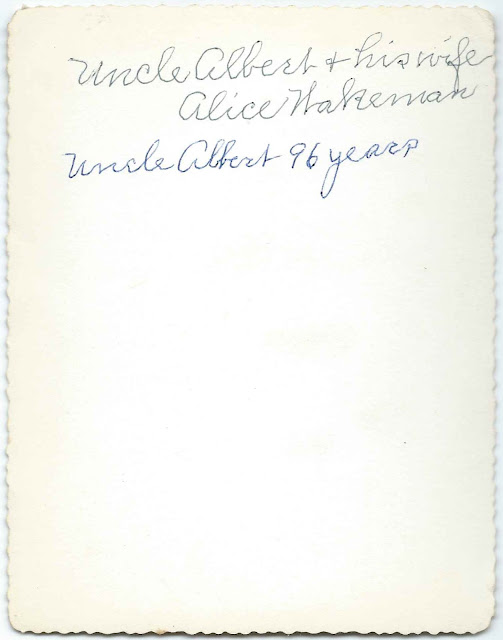 Interestingly, I found an Albert Renslow Wakeman who lived to the age of 96.  He was born in 1868 at Jay, Vermont, son of Seth Bradley Wakeman and Cynthia Cornelia (Houghton) Bailey.  At the time of his death at the age of 96 in Virginia in 1965, Albert was married to his second wife, Alice Gertrude Craun.

Alice Gertrude, who was named as Gertie on Albert's death certificate, was born in 1894 in Virginia, daughter of Samuel Henry Craun and Fleta Blanch (Null) Craun.

Albert Renslow Wakeman is buried in the Welcome O. Brown Cemetery at Barton, Vermont, with his first wife Alice Leona (Bailey) Wakeman, who died in 1935.  Alice Gertrude (Craun) Wakeman died in May 1974, according to a Social Security record.

If you recognize Albert and Alice from your family photographs, and they are - or are not - the people in the photograph above, please leave a comment or contact me directly.

Posted by Pam Beveridge at 6:06 AM