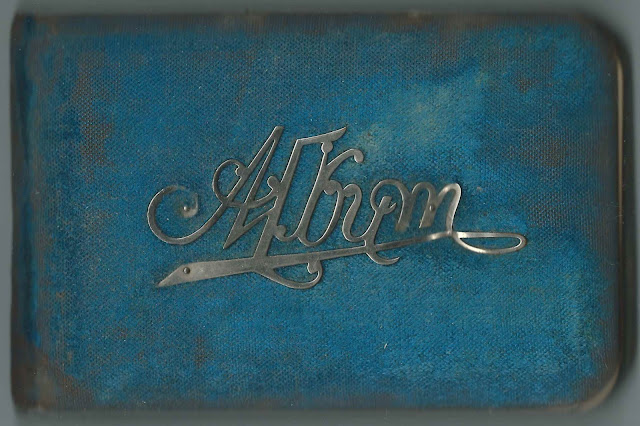 Autograph album with inscriptions from 1898 to 1915, mostly from North Bangor, Maine, Garland, Maine, and Plymouth, Maine.

The album measures approximately 6-1/4" by 4" and contains the sentiments of 21 people, 17 of whom gave residences of:

The only clue to the owner's identity is the inscription Lura M. Gage of Plymouth, Maine, who called herself the owner's cousin. 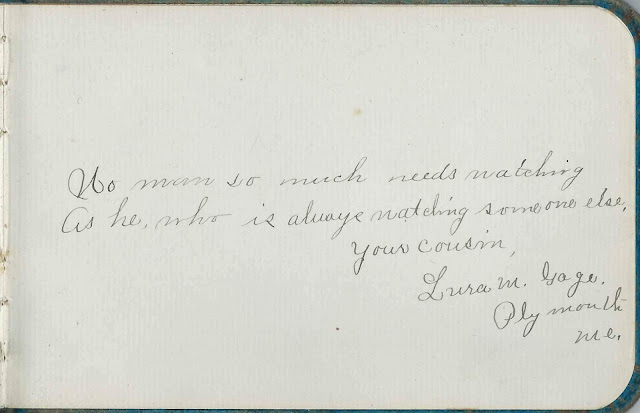 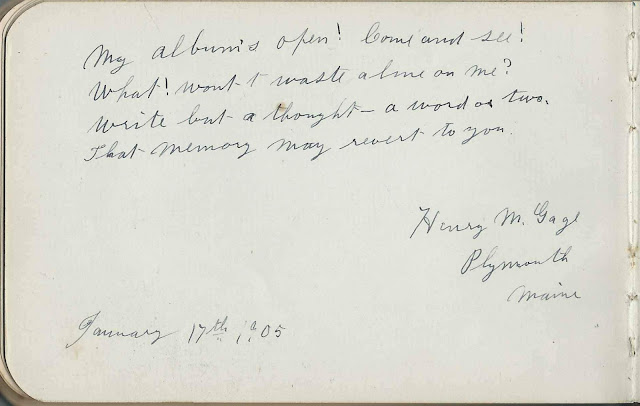 More than half of the inscriptions by those who gave a residence were from residents of North Bangor, Maine, with surnames:

One inscription was that of the owner's "Auntie", who may or may not have been the wife of Henry M. Gage. 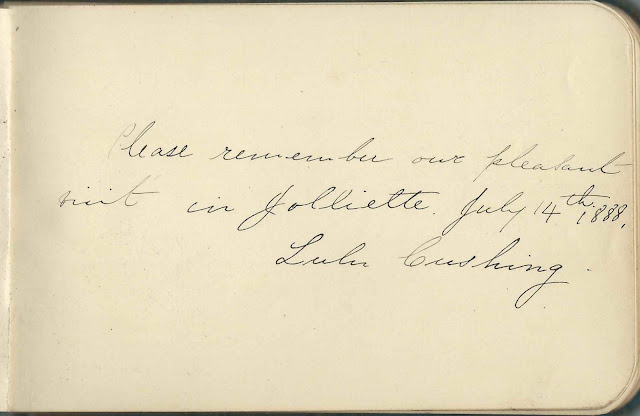 If you have information on any of the inscribers listed below, or a theory as to the album owner's identity, please leave a comment or contact me directly.

Posted by Pam Beveridge at 6:33 AM