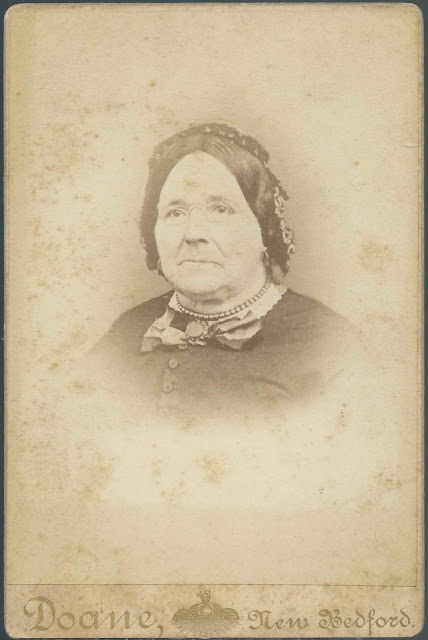 Photographs of two women from the Francis and Tripp families of New Bedford, Massachusetts. 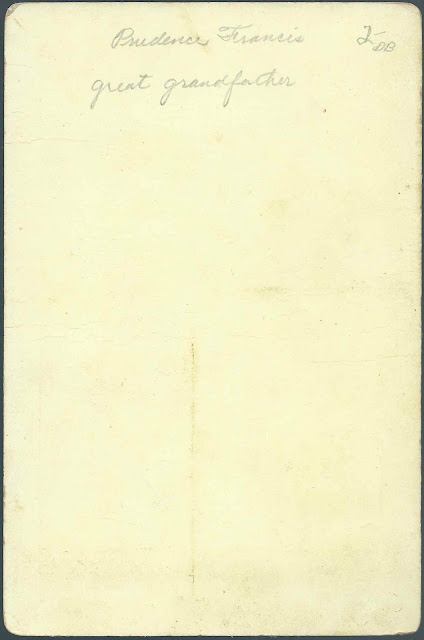 Cynthia Francis is the sitter in the other photograph, taken by the Green studio of 767 Washington Street, Boston, Massachusetts.  Since the two photographs were found together, I'm assuming that Cynthia was the Cynthia H. Francis who born in 1841, the daughter of Abraham Francis and Prudence Devoll (Tripp) Cushman Francis. 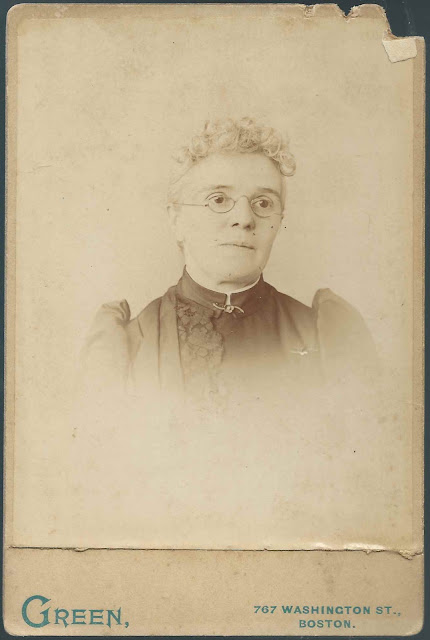 That Cynthia married John H. Clark, son of John and Lucretia Clark, at New Bedford, Massachusetts, on October 23, 1862, according to a record in the database Massachusetts Marriages, 1695-1910.  Cynthia died on July 20, 1910 at Westborough, Massachusetts, and is buried in the Pine Grove Cemetery there. 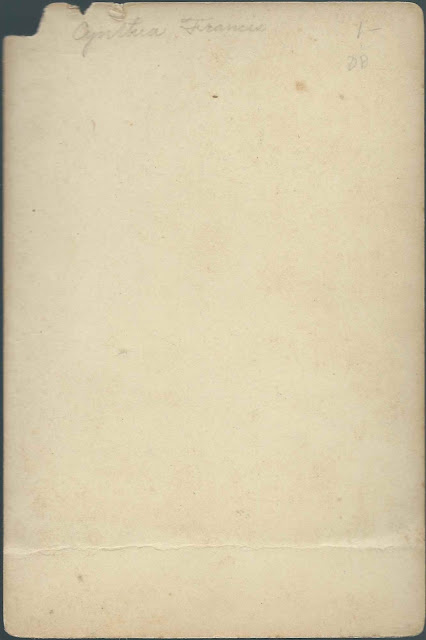