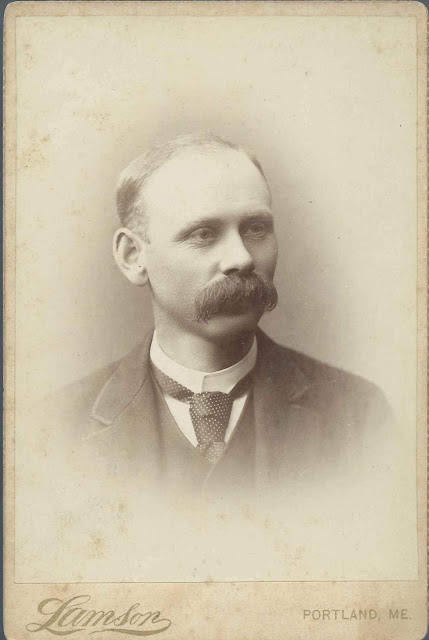 Cabinet photograph of a man identified on the reverse as Hyram Fernald; the photograph was taken at the Lamson studio at Portland, Maine.  I believe the man was Hiram Vinal Fernald (1856-1912). 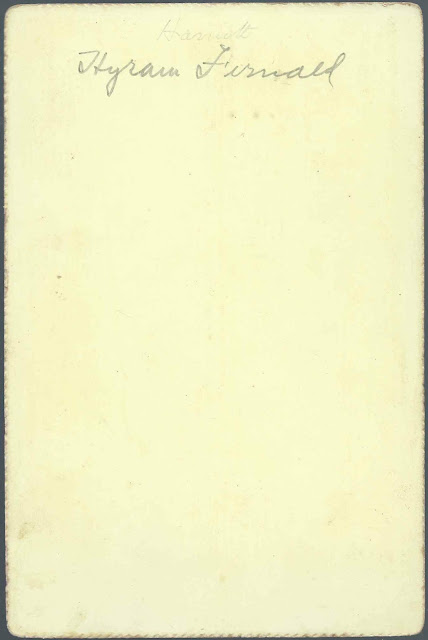 From the 1902 Maine Register, State Year-Book and Legislative Manual: 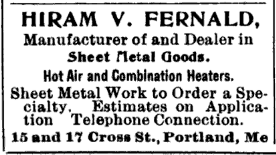 In a sketch of Hiram's brother, George N. Fernald, in Biographical Sketches of Representative Citizens of the State of Maine, published in 1903, is mention that Hiram Vinal Fernald and wife Jennie had no children.  Hiram, who died in 1912, and Jennie, who died in 1902, are buried in Evergreen Cemetery at Portland, Maine.

Posted by Pam Beveridge at 3:36 PM