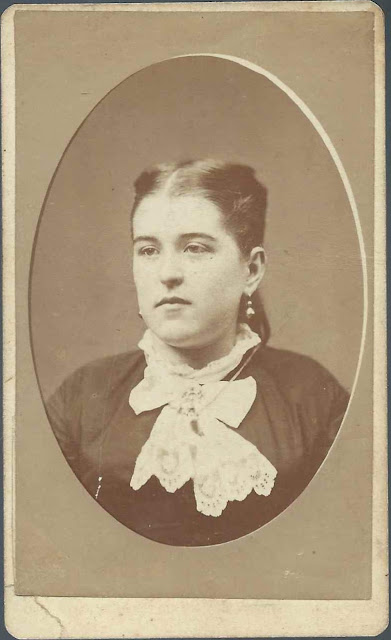 Carte de visite of a woman identified on the reverse as Lilia E. Delano of Bucksport, Maine.  She was likely Lila Evelyn (Cunningham) Delano, wife of Capt. Alpheus Delano, whom she married in 1881.  Her birth record has her name indexed as Lilia but I haven't seen the record myself to check. 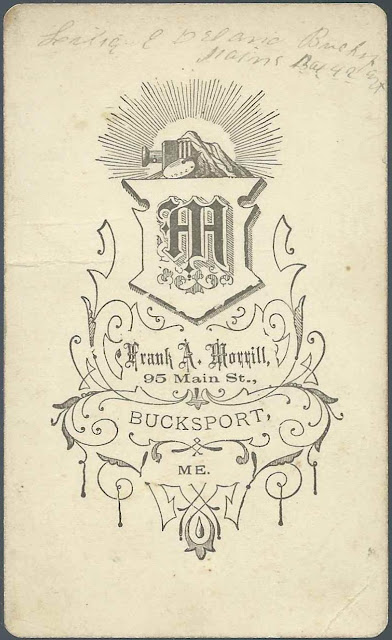 Lila died in 1916, and Alpheus in 1929.  They're buried in the Silver Lake Cemetery at Bucksport, Maine, with their son Walter Alpheus Delano and other relatives. 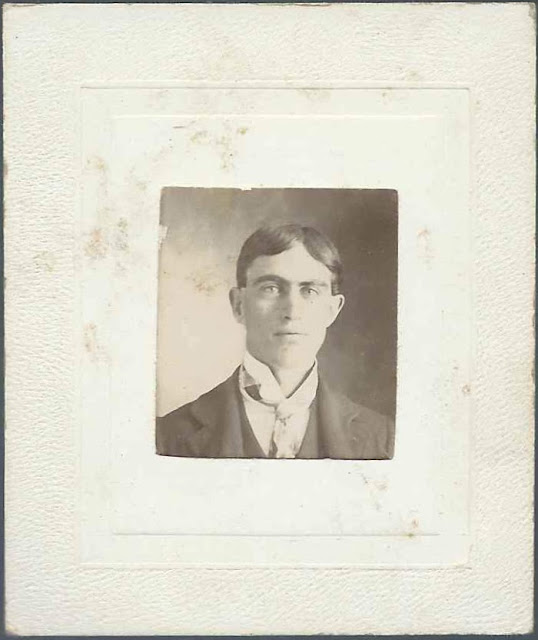 According to his Social Security Application, Card, Walter Alpheus Delano was born June 13, 1880 at Sandy Point, Maine.  There could be several explanations for his birth date: wrong date on one or more forms, born before marriage, adopted, etc.

On September 18, 1919, at Verona, Maine, Walter, then a teamster, married dressmaker Lillian Condon.  On their marriage record, Walter gave his birth place as Verona, Maine, not Sandy Point.  Lillian, a dressmaker, noted that she was 39 and was born at Bucksport, Maine, to parents Timothy Condon and Sara (Russell) Condon, both by then deceased. 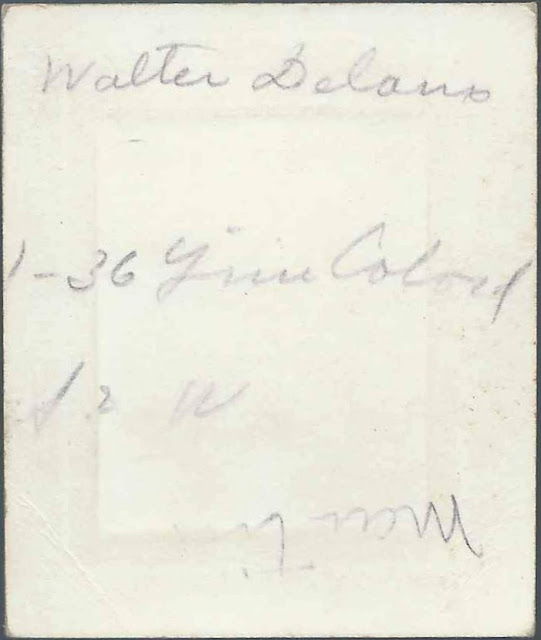 Walter died in 1951 and Lillian in 1961.  They're buried in the Silver Lake Cemetery at Bucksport, Maine.

The photographs were found with the memorial card of a Roy Delano who died on September 26, 1889, with no other clues on the card as to Roy's identity.  Whether he was related to the Delano family described above or not, I don't know.