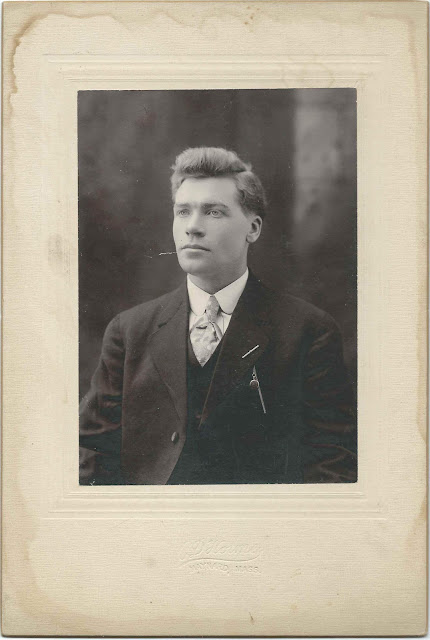 Photograph of a young man identified on the reverse as "Conrad Berlied, 1911".  The photograph was taken by the C. D. Holme studio of Maynard, Massachusetts. 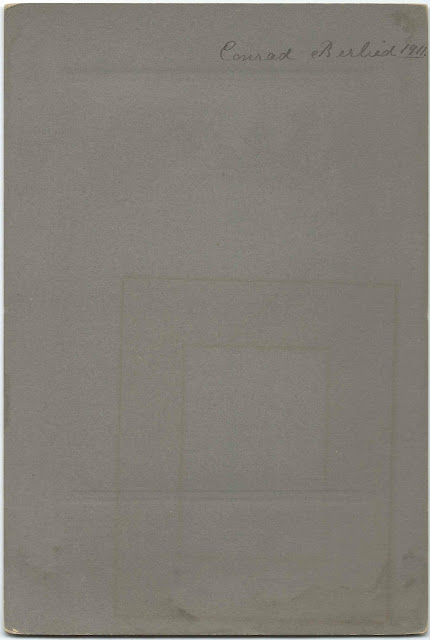 I believe Conrad was Conrad Olsen Berlied who was born April 20, 1885 at Strommen, Norway, son of Ole Broderson and Johanna Pedersen, and who came to the United States about 1904.  On November 7, 1914 at Concord, Massachusetts, Conrad married Norwegian native Inga D. Olsen, daughter of Ole Johansen and Ingebord Pedersen.


If you have more information on Conrad Olsen Berlied, please leave a comment or contact me directly.

Posted by Pam Beveridge at 3:58 PM