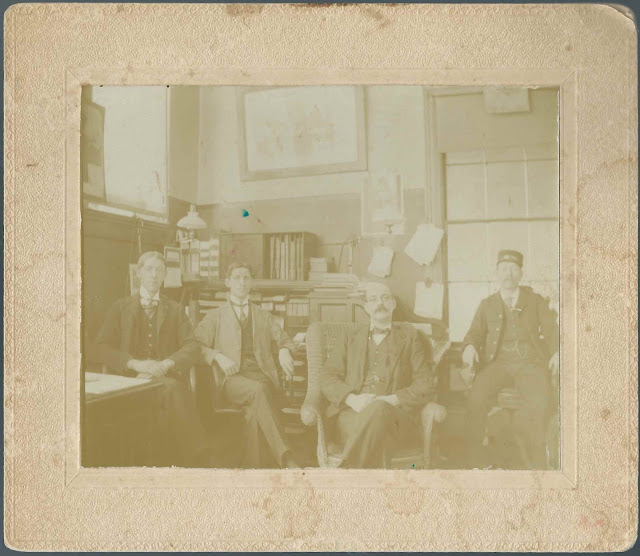 Below is the reverse of the photograph above, with a caption at upper right, of four men at the Station Master's Office of the New York, New Hampshire & Hartford Railroad, Plymouth Division, Boston, Massachusetts.  A more contemporary entry notes that the man at left is the writer's grandfather George Franklin Folkins.  The H. Wendell Folkins mentioned is Harry Wendell Folkins, George's son with wife Mary Abbie (Whipple) Folkins.  The same handwriting appears on the reverse of two other photographs in the collection. 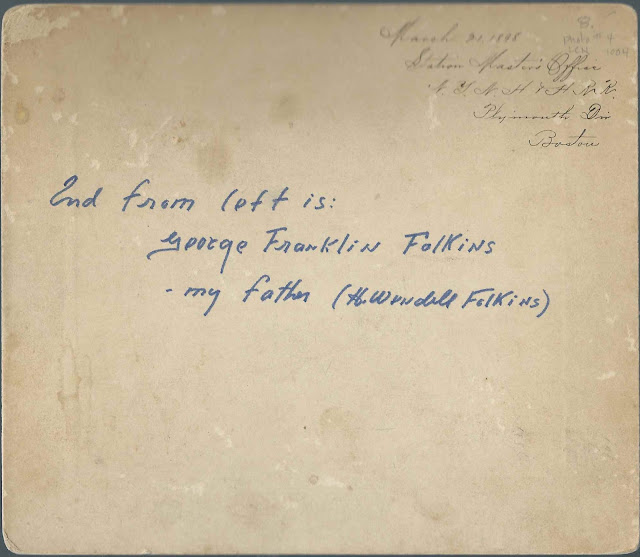 Richard Lydecker Folkins and wife Mary Elizabeth (Foster) Folkins came from New Brunswick to Massachusetts about 1865, with newborn son, Arthur Darwin Folkins.  They would have more children in Massachusetts, including George Franklin Folkins.

Arthur Darwin Folkins is shown below, in a cabinet photograph taken by the Chickering studio of 21 West Street, Boston, Massachusetts.  The reverse bears his identification, which is hard to read. 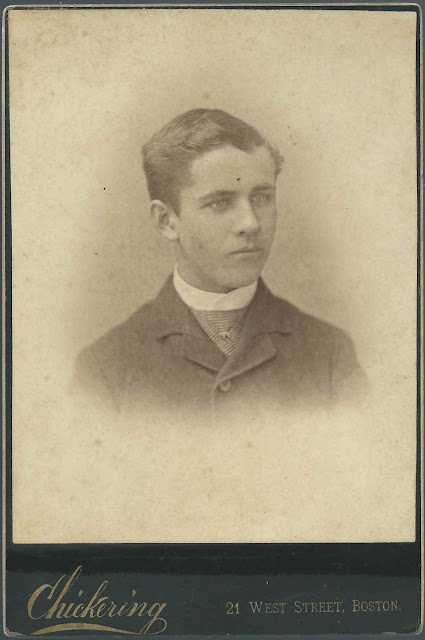 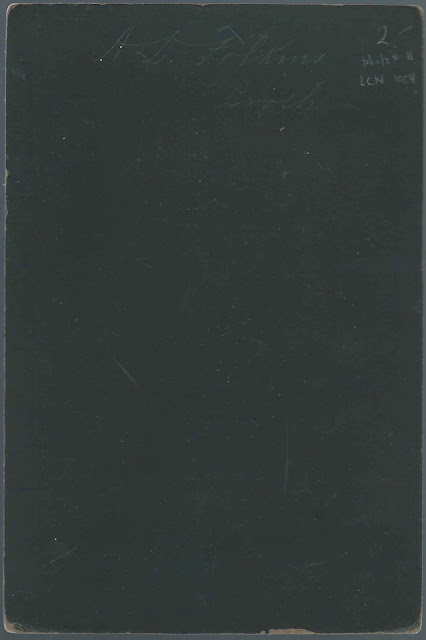 The photograph below shows a woman identified as the wife of Arthur Darwin Folkins; the caption mentions Laconia and the fact that the couple divorced.  The database New Hampshire Marriages, 1637-1947, includes a record of a marriage for Arthur Darwin Folkins to Gertrude Mae Greenleaf at Laconia, New Hampshire, on September 9, 1899.  Whether Arthur had another wife or Gertrude is the woman in the photograph, I don't know.  Perhaps a reader will have more information. 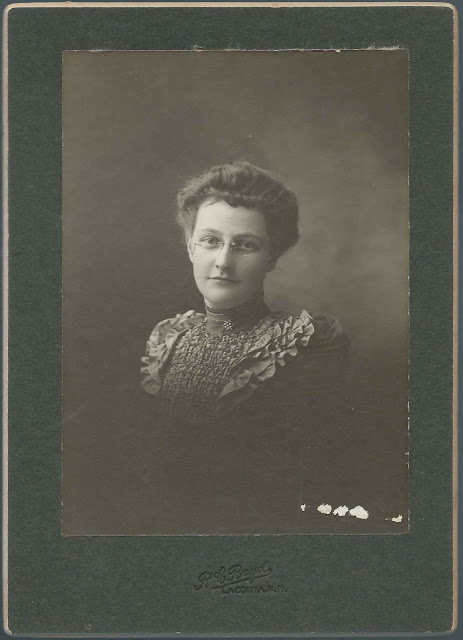 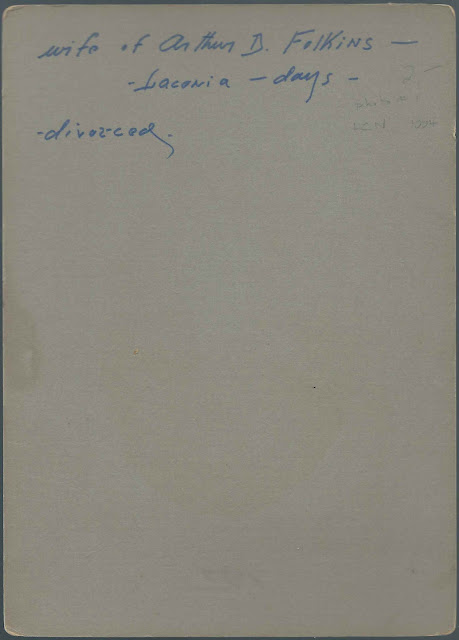 Below is a cabinet photograph of Lottie Whipple.  Lottie was presumably Lottie M. (True) Whipple, wife of Frank E. Whipple, as shown in a record from the database Massachusetts Marriages 1841-1915.  According to the record, Lottie was born about 1871 at Madrid, Maine, daughter of Roswell H. True and wife Betsey.  Betsey's maiden name was Lufkin, according to her marriage record and records of birth of her children.  How Lottie's photograph ties in with the others is that her husband Frank's sister was Mary Abbie (Whipple) Folkins, wife of George Franklin Folkins. 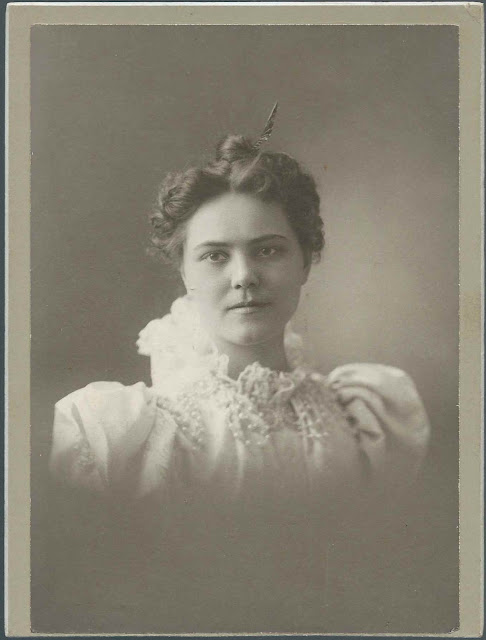 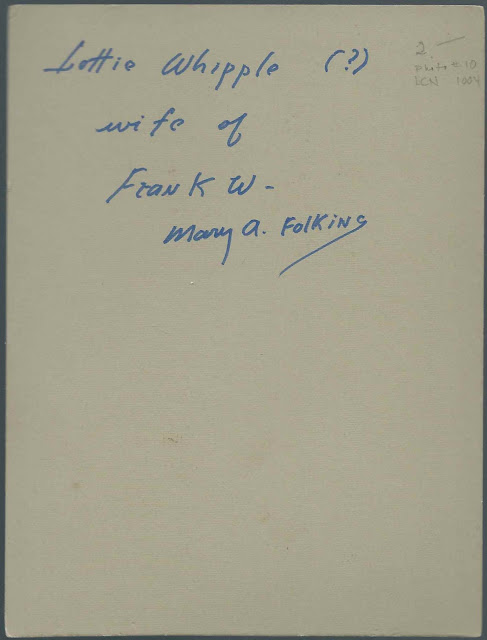 If you have more information on any of the people mentioned above, please leave a comment or contact me directly.