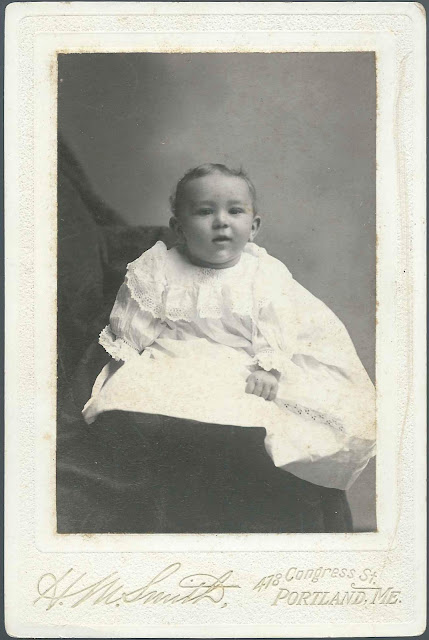 Photograph of Elbridge Fernald Stoneham, taken on October 12, 1899 when he was 9 months old.  He was the son of Charles Ernest Stoneham and Alice Gertrude (Fernald) Stoneham and would become a Unitarian minister.

See other posts the features photographs of: 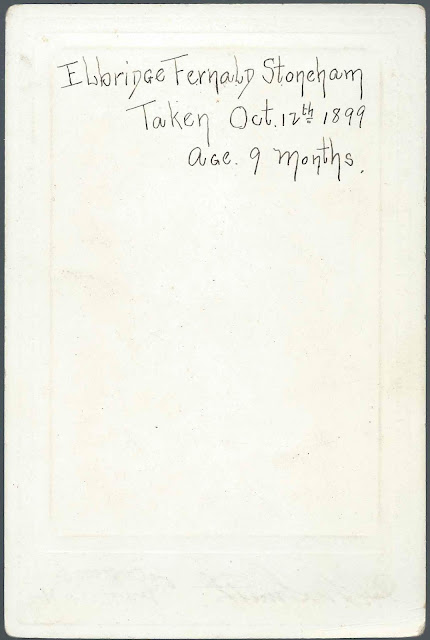 Elbridge Fernald Stoneham was born January 20, 1899, son of Charles Ernest Stoneham and Alice Gertrude (Fernald) Stoneham.   He lived in Maine and at times in Massachusetts and New Hampshire, where he served various churches.  In 1922, he married Rachel F. (Metcalf) Stoneham, a native of Vermont.

Rev. Stoneham is buried in Evergreen Cemetery at Portland, Maine, with his wife, parents and other relatives.

Posted by Pam Beveridge at 4:06 PM