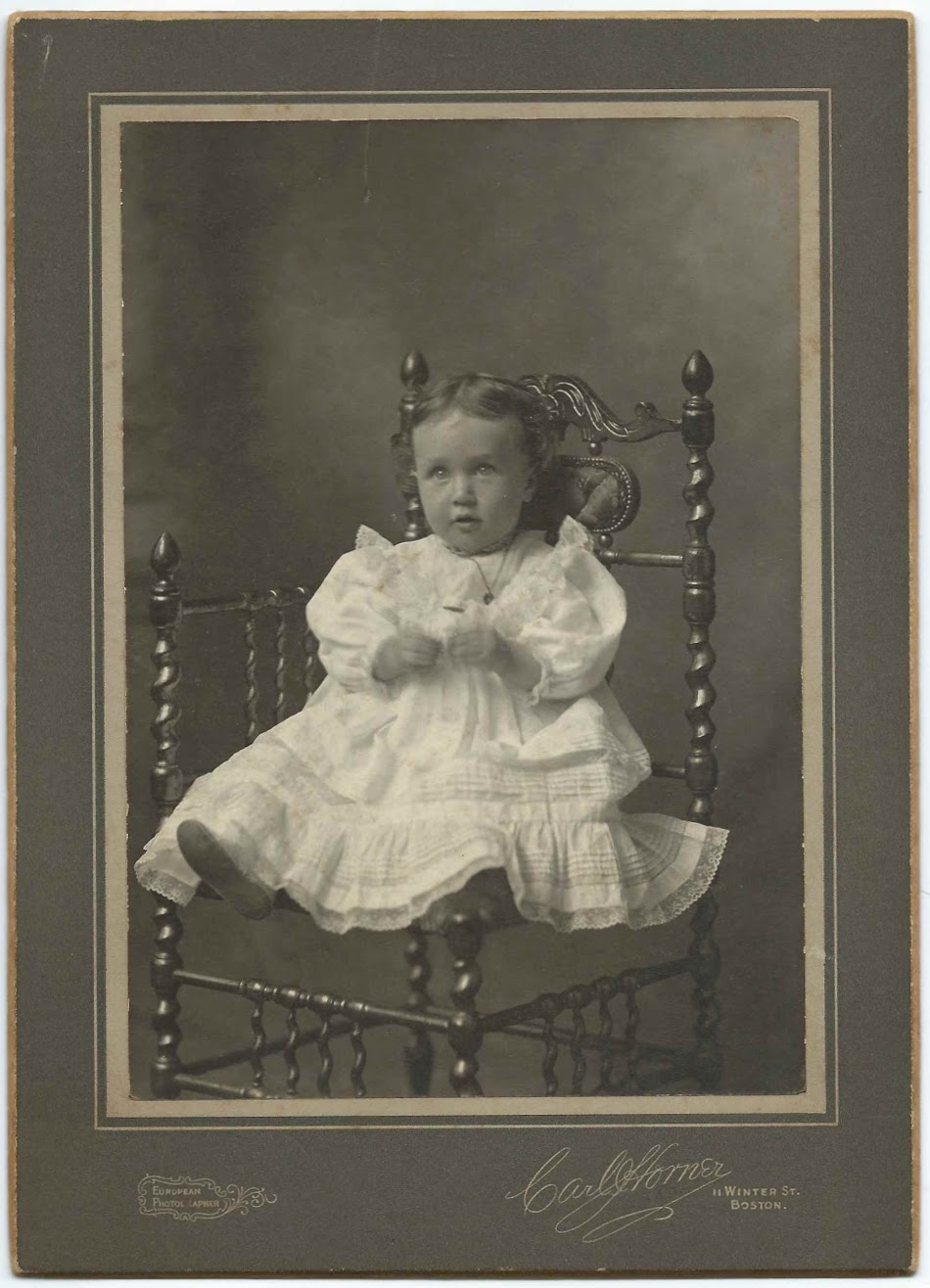 Photograph of Carolyn Louise Whittemore of Boston, Massachusetts, at the age of 14 months and 14 days. 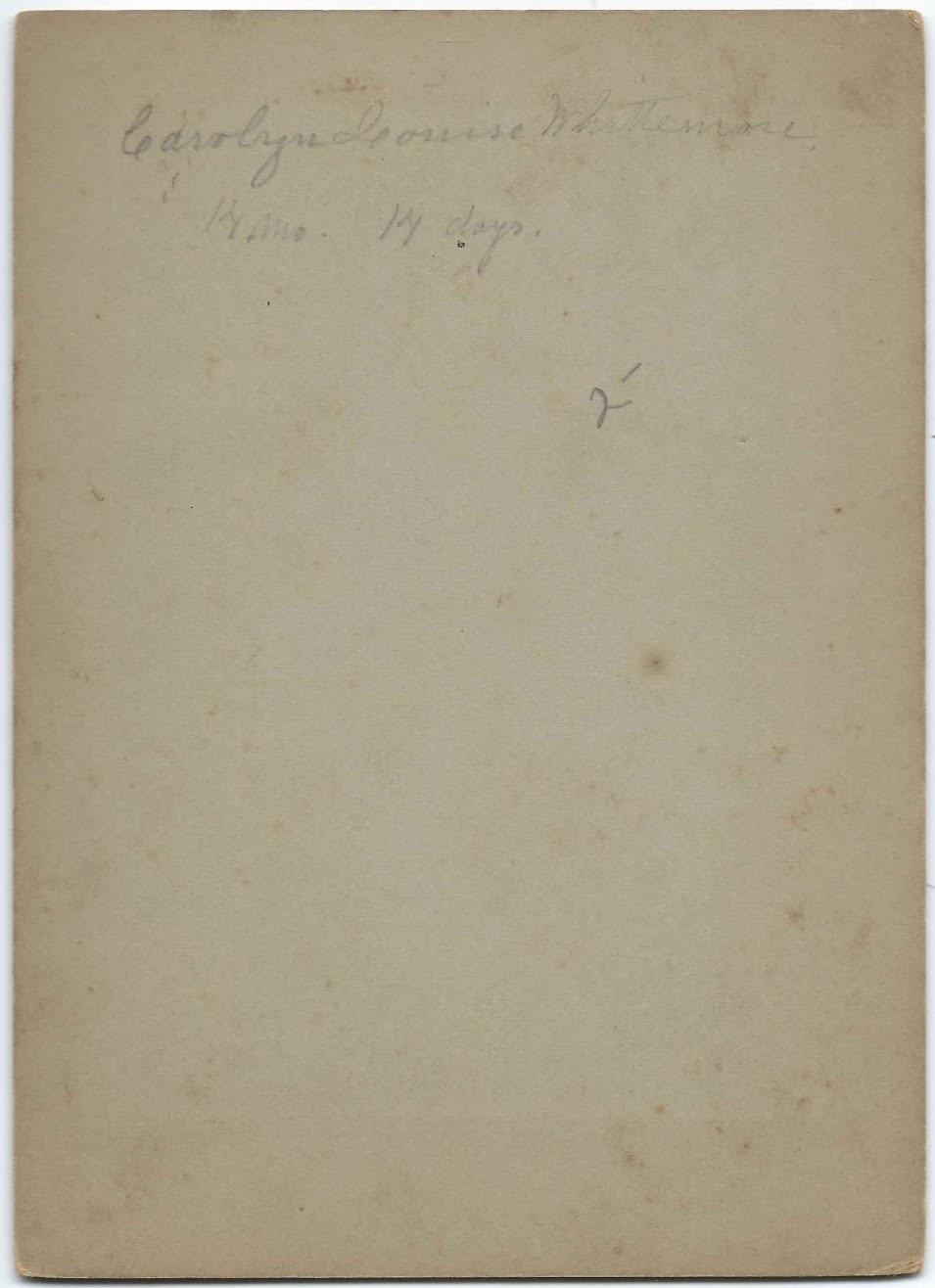 By 1931, Carolyn had married Allan Brewster King, son of Stanton Henry George King and Emily Annie (Emison) King.   It appears the  marriage ended in divorce.  Carolyn and her children remained in Massachusetts;  Allan found his way to Fresno, California.

See another post for a photograph and information on Allan's father Stanton Henry King, who was born in Barbados in 1867 and became a sailor, author and sea chantey singer and compiler.  He headed the Sailors' Haven at Boston, Massachusetts, for a time.