1873 Letter from John Owen Patten at Bath, Maine, to friend Amory McLellan Houghton on a voyage to Europe 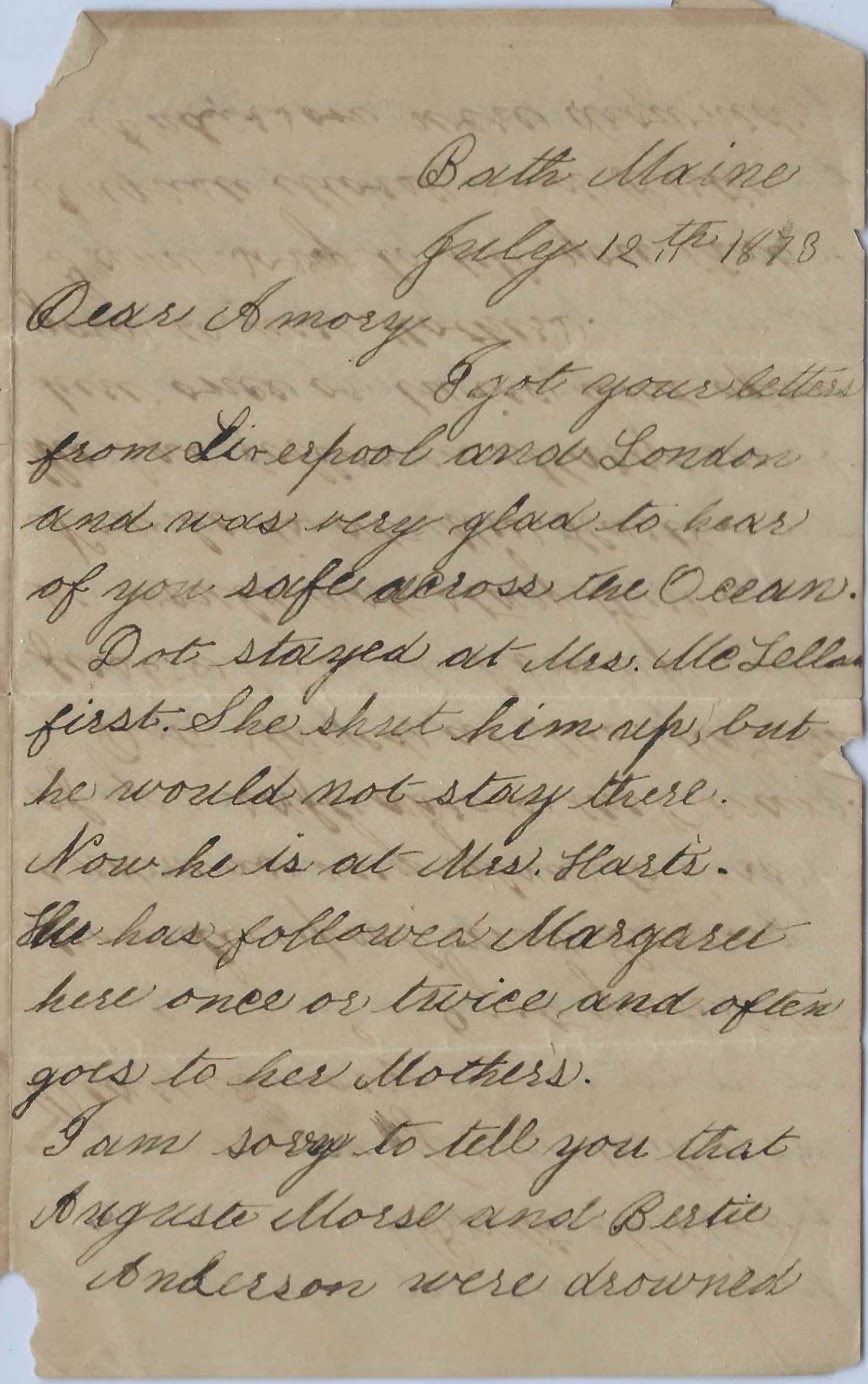 July 12, 1873 letter from John Owen Patten, "Johnnie", at Bath, Maine, to his friend Amory McLellan Houghton, who was on a voyage and had sent John letters from Liverpool and London, England.  The Pattens and Houghtons were seafaring and shipbuilding families at Bath, Maine.

See another letter written to Amory on the same day by George H. Patten, perhaps a cousin of John Owen Patten.

See images of the panes of Georgie's letter, which you can enlarge by clicking on them, and a transcript at the end of this post.  Mentioned:
John, "Johnnie", mentions a sad event, the recent drowning of August Morse and Bertie Anderson, who had borrowed a boat from Ned Sewall [presumably Edward Sewall, the father or more likely his son].  Their bodies were found at Harrington's wharf.  Johnnie noted that speculation was that Bertie had fallen overboard and that August drowned trying to save Bertie.

John became a journalist and editor at Boston, Massachusetts, and later at Bath, Maine, where he owned the Daily Times.  He died on April 29, 1899 at Phoenix, Arizona.  I didn't find children from either marriage. 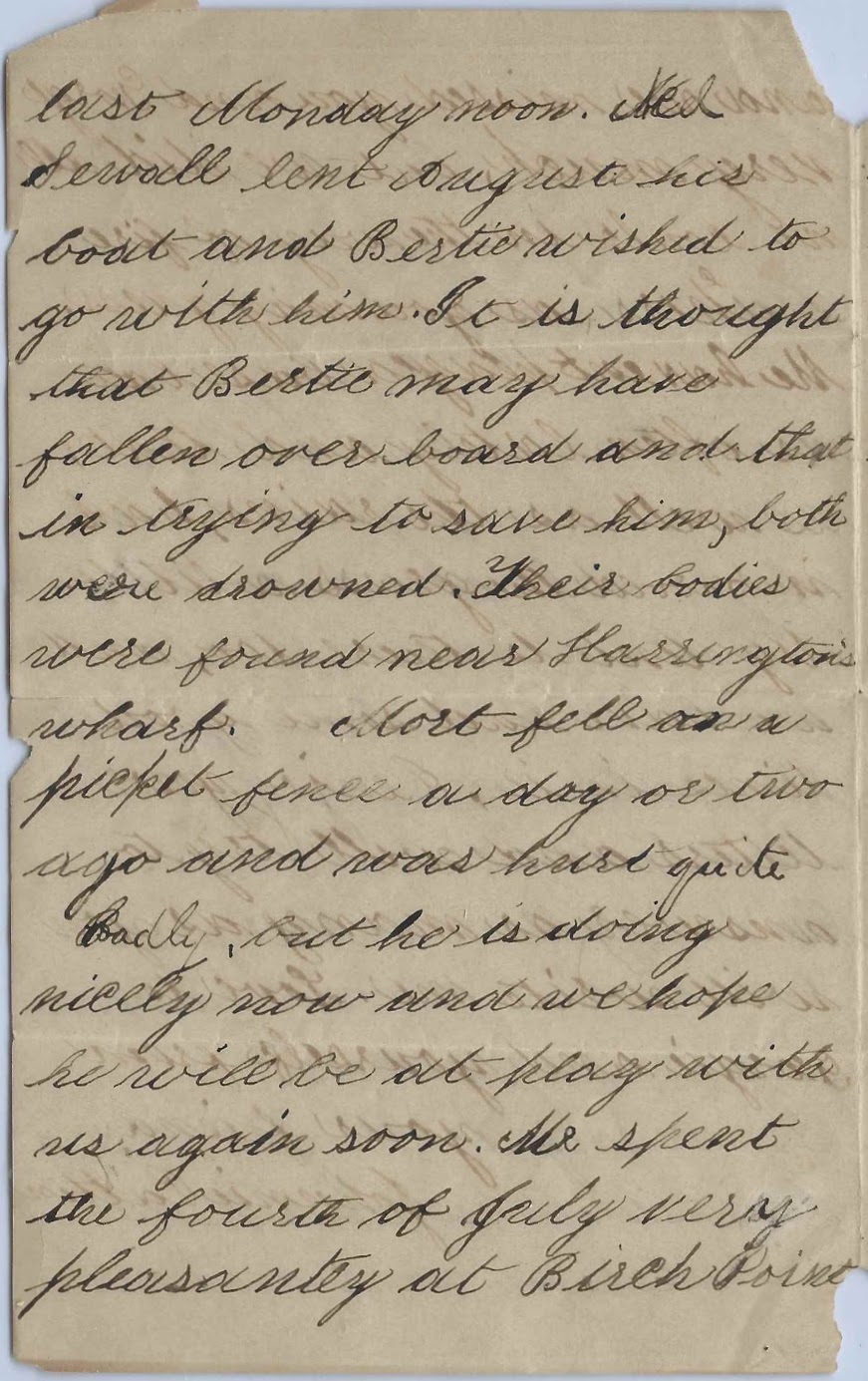 Bath, Maine
July 12, 1873
Dear Amory,
I got your letters from Liverpool and London and was very glad to hear of you safe across the Ocean.  Dot [possibly a dog ?] stayed at Mrs. McLellan's first.  She shut him up, but he would not stay there.  Now he is at Mrs. Hart's.  she has followed Margaret here once or twice and often goes to her Mother's.
I am sorry to tell you that Auguste Morse and Bertie Anderson were drowned last Monday noon.  ? Sewall lent Auguste his boat and Bertie wished to go with him.  It is thought that Bertie may have fallen overboard and that in trying to save him, both were drowned.  Their bodies were found near Harrington's wharf.  Mort fell on a picket fence a day or two ago and was hurt quite badly, but he is doing nicely now and we hope he will be at play with us again soon.  We spent the fourth of July very pleasantly at Birch Point and we missed you and George very much, but we did all we could in the way of firecrackers, as you may guess.  We haven't played base ball as often lately and that as well as the rains, has improved the grass a little.  My tent is there, too, and we have had some good times in it.  I enjoy your letters and will try to answer as many as you will write me.  Love to Georgie and yourself from
your friend
Johnnie Patten.
My dear Amory.  Johnnie has forgotten to say that Margaret sends you much love and wishes you to know that your house is all safe.  E. M. Patten.