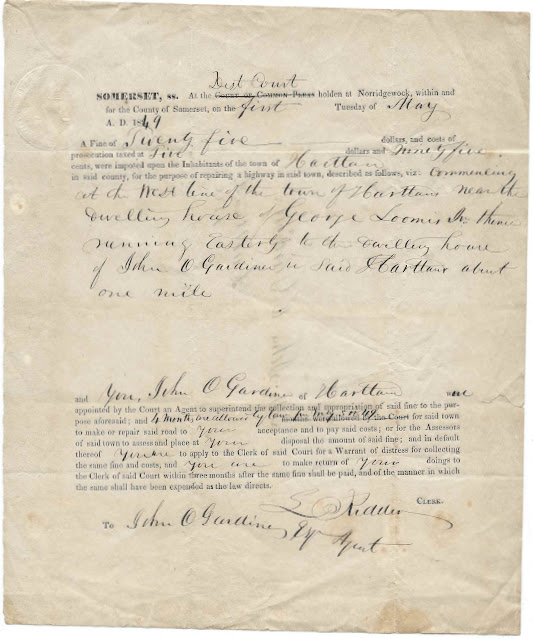 May 1, 1849 document from the District Court of Somerset County at Norridgewock, Maine, reflecting a fine of $25 and prosecution costs of $5.95 assessed against the inhabitants of the town of Hartland, Maine, for the cost of repairing a highway in their town. 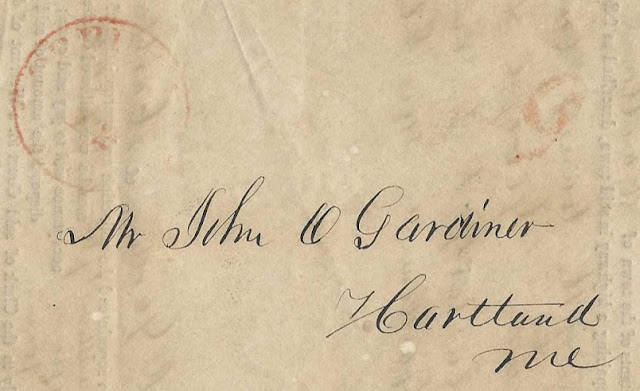 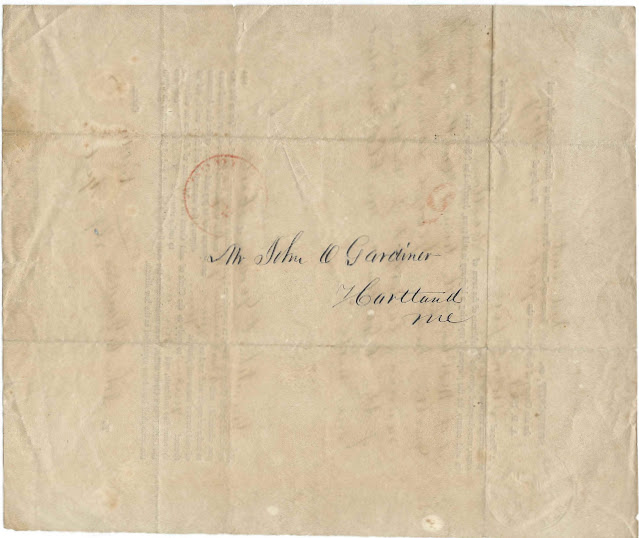 Llewellyn Kidder was born November 16, 1813 at Canaan, Maine.  According to History of the old towns, Norridgewock and Canaan, comprising Norridgewock, Canaan, Starks, Skowhegan, and Bloomfield, from their early settlement to the year 1849; including a sketch of the Abnakis Indians, by J. W. Hansen and published in 1849 at Boston, Massachusetts, Llewellyn Kidder became clerk of the court in 1847.   He married Mehitable Merrill Robinson in 1840.

Posted by Pam Beveridge at 1:40 PM