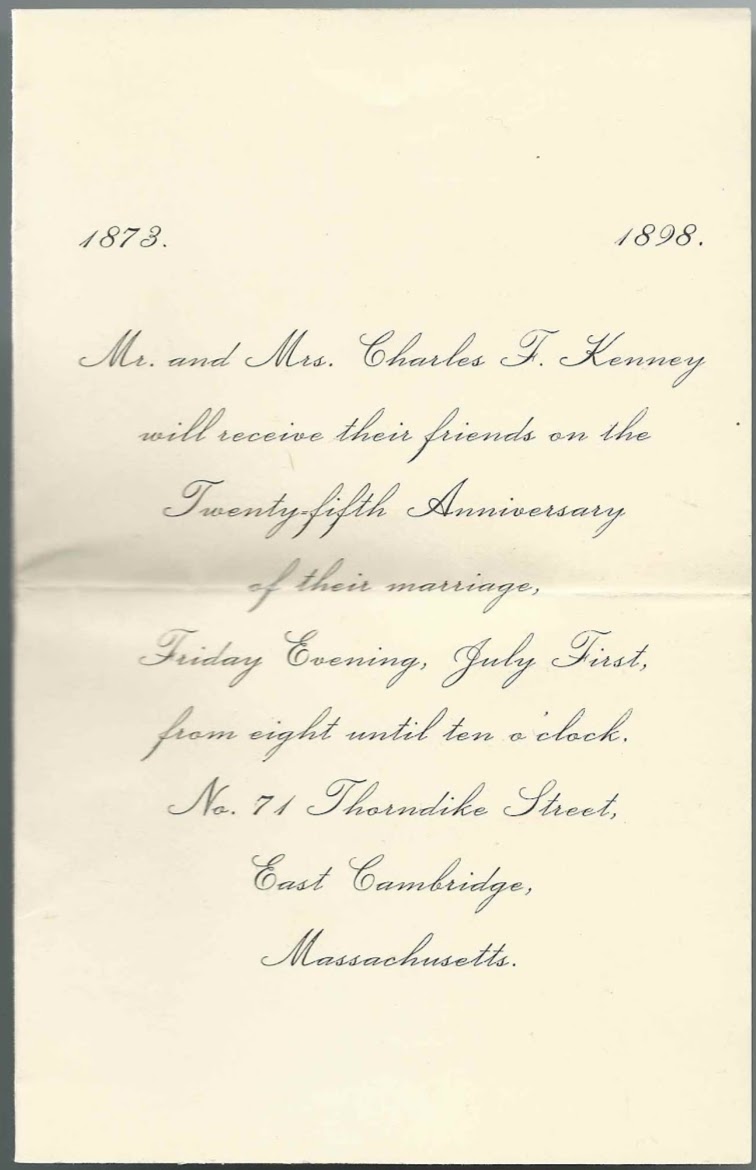 Invitation to a celebration of the 25th anniversary of Charles F. Kenney and wife Laura Annie (Ingalls) Kenney of Cambridge, Massachusetts.

1873-1898
Mr. and Mrs. Charles F. Kenney will receive their friends on the Twenty-fifth Anniversary of their marriage, Friday Evening, July First, from eight until ten o'clock.  No. 71 Thorndike Street, East Cambridge, Massachusetts.

The invitation is enclosed in an envelope addressed to Mr. and Mrs. George M. Kenney, presumably then of Leeds, Maine.  George was Charles' brother.  Mrs. Kenney was Eliza A. (Jones) Kenney, about whom more below; it appears that this and the other items described below belonged to her. 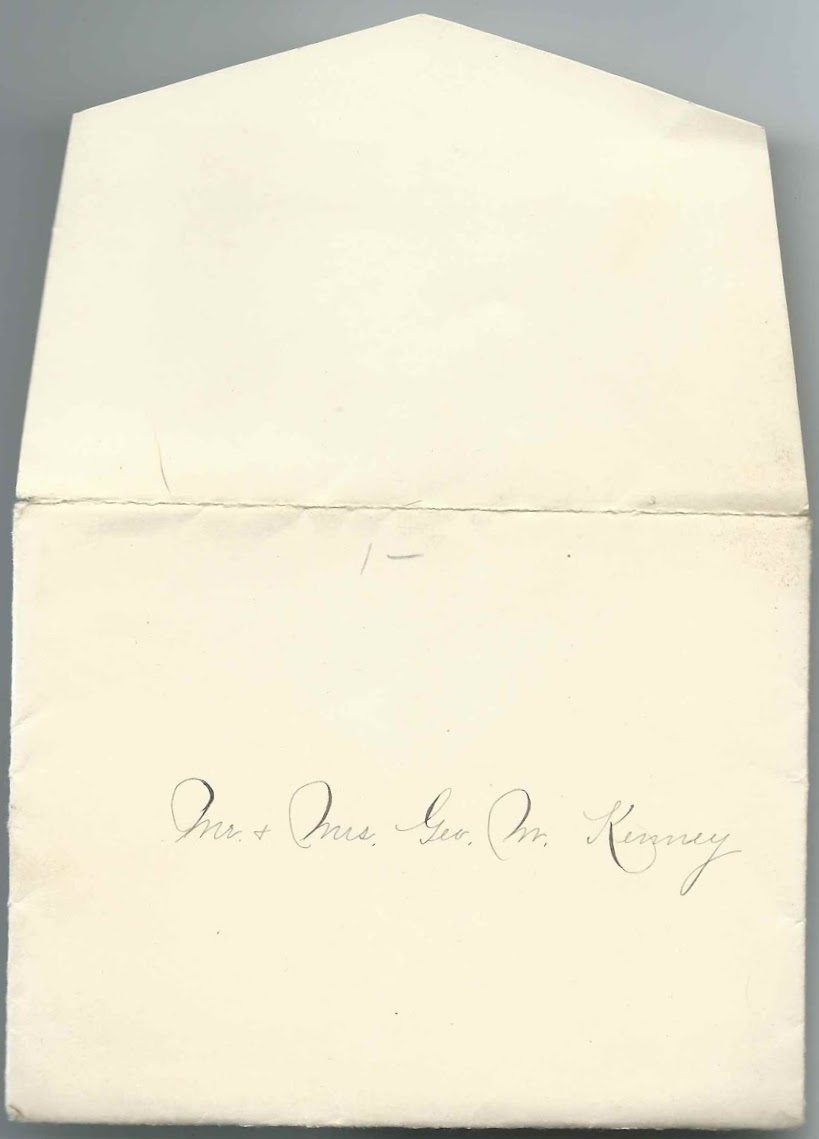 Accompanying the invitation were 4 envelopes, only one of which still contains a letter.  Two of the empty envelopes were addressed to Eliza A. (Jones) Kenney, one before her marriage and one after.  The third empty envelope was addressed to Nancy E. Jones, Eliza's sister Nancy Elizabeth Jones, whose second husband would be the noted educator Dr. Arthur Hamilton Cutter.  The fourth envelope contains a letter, dated January 1872, from Oliver M. Jones, younger brother of Eliza A. (Jones) Kenney.  That letter was addressed to his mother and Eliza, not yet married, at Boston, Massachusetts.  See another post that features Oliver's letter.

According to his Massachusetts Mason Membership card, Charles Francis Kenney was born July 15, 1841 at Passadumkeag, Maine.  And according to his marriage record, his parents were Willard and Mary Polly Cummings (Staples) Kenney.  Charles' parents spent a good portion of their lives at Dixfield, Maine.

On June 24, 1873 at Boston, Massachusetts, Charles married married Laura A. Ingalls, daughter of Henry and Mary Ingalls.  According to her marriage record, Laura was born at Sutton, Canada, presumably the Sutton in Quebec, near the Vermont border.  On that same marriage record, Charles gave his birthplace as Bangor, Maine.  Bangor is south of Passamadumkeag, downstream, both situated along the Penobscot River.  Charles may have been born at Bangor or perhaps he was giving the general location of his birth, as Bangor was the largest settlement near Passadumkeag.

Posted by Pam Beveridge at 1:20 PM