Penmanship paper of student Grace A. Hamlin of Brownville, Maine 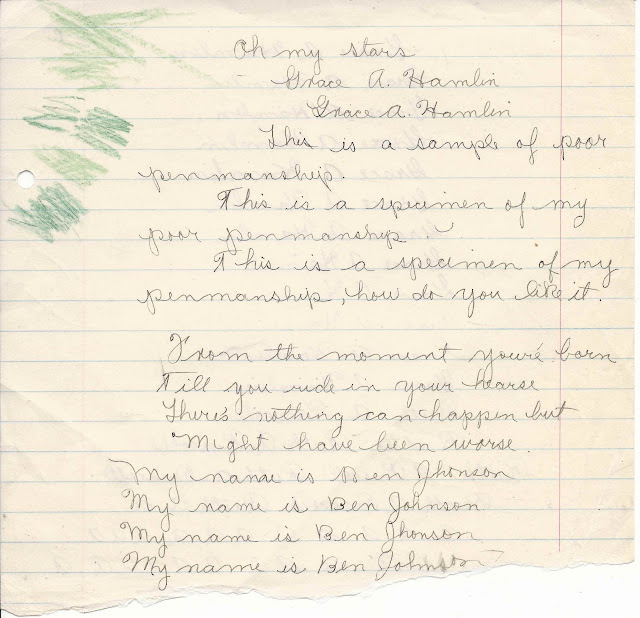 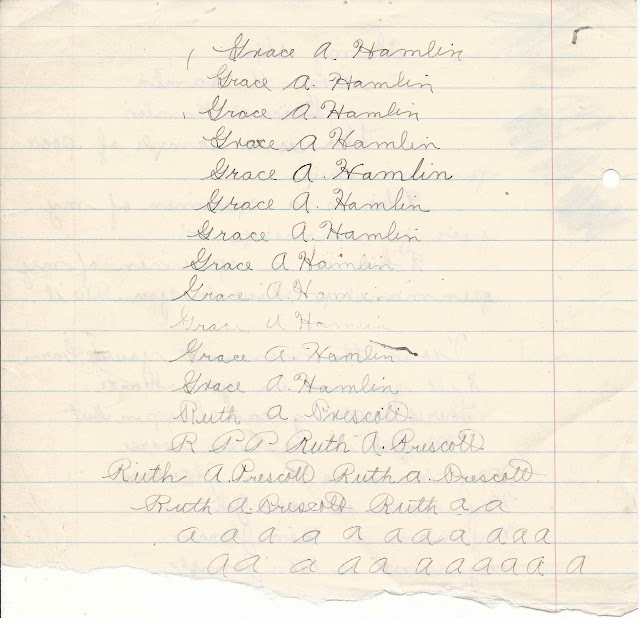 If you have information on Richard Bell and wife Abbie (?) Bell, I hope that you will leave a comment or contact me directly.  In some sources, Richard and Abbie give their place of birth as Canada.  On Ethel Albertina Bell's marriage record, however, it's noted that Richard was born at Blaine, Maine, and Abbie at Stoneham, Maine.

I believe that Richard's parents were John and Eliza (Ranke) Bell of New Brunswick, who were early settlers at Blaine, Maine.

As for Abbie, I know that a John Bell from Stoneham, Maine settled in the Oakfield hills area of Aroostook County.  Whether the two Bell families were related, I don't know.

The 1870 Census of Oakfield has an Abby Bell, age 14, living in the household of John and Viana, Bell, ages 70 and 65.   If this is our Abbie, perhaps she was their granddaughter.

The following is an excerpt from The History of Aroostook, by George H. Collins, 1922:

If you have any corrections to the information provided above, please leave a comment.