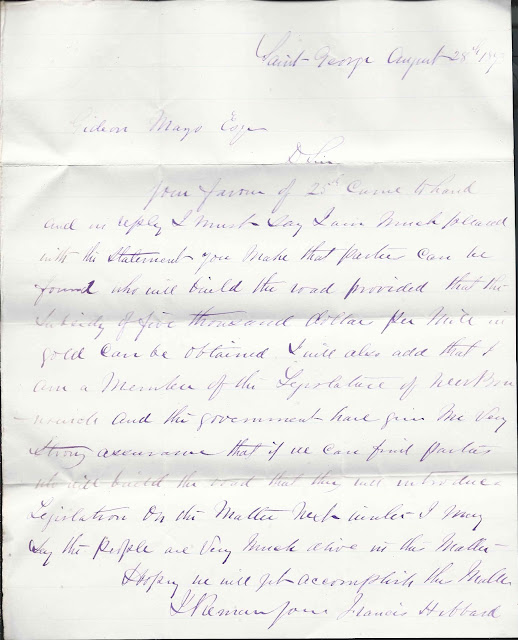 Letter mailed on August 28, 1873 from Hon. Francis Hibbard at St. George, New Brunswick, Canada, to Gideon Mayo, likely at Orono, Maine.  The letter concerns the possible construction of a road or a rail bed, possibly a spur line to Hibbard's mine at Lake George, near Harvey, New Brunswick. 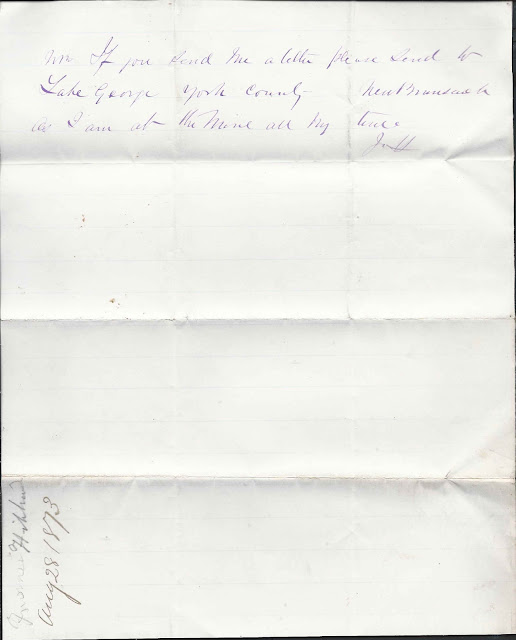 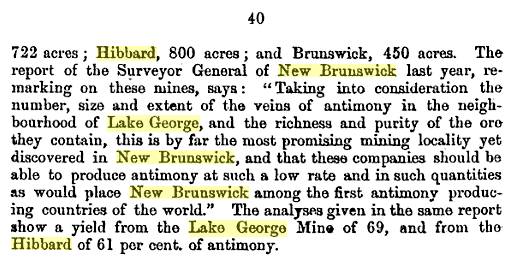 Francis Hibbard was born about 1811 at Halifax, Nova Scotia, son of Robert and Ellen (Bampton) Hibbard.  One online reference indicated that his parents had come from Maine.


Francis had children with each wife, possibly eleven in all.  He had lumbering, mining and railway interests and served in the New Brunswick legislature. 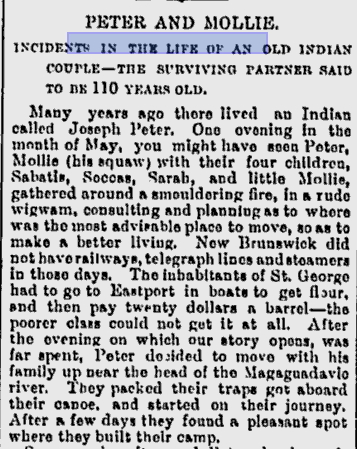 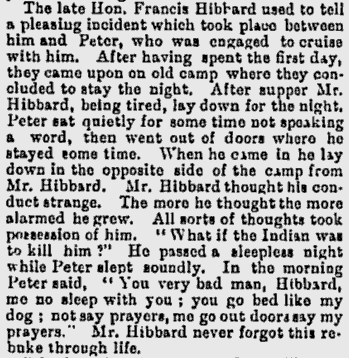 Click here to see the house that Hon. Francis Hibbard had built for his family in 1860.  Francis died in November 1880.

See an earlier post that features a letter written by David Knowlton of D. Knowlton & Co., of Camden, Maine, also written in 1873 to Gideon Mayo and also about a road.


Colonel Gideon Mayo was born in Frankfort, Maine, in 1808, the son of Ebenezer and Mary (Wilkinson) Mayo, and died in Orono, Maine, in 1876.  His honorific came from service in the Maine Militia.  He served in the Maine Legislature in 1859 and 1864 and was involved in the lumbering, farming and railroad business.

The Raymond H. Fogler Library at the University of Maine has an archive of Gideon Mayo papers.

If you have corrections to the information above or more information on Hon. Francis Hibbard or Col. Gideon Mayo, please leave a comment or contact me directly.