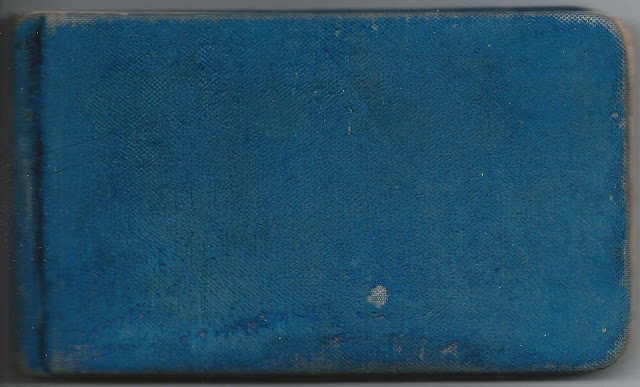 1880s autograph album of Caroline Brown Giberson, "Carrie", who was born in 1869 at Bath, New Brunswick or in the area.

See images of the entire album in page order at the end of this post. 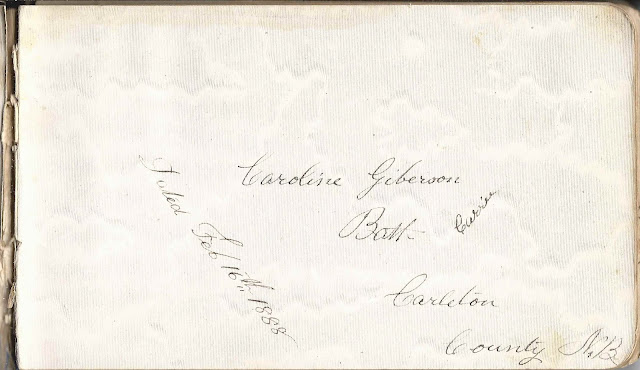 The album is approximately 7" x 4-1/4" and contains 64 pages signed by Carrie herself and her relatives and friends, some of them twice. 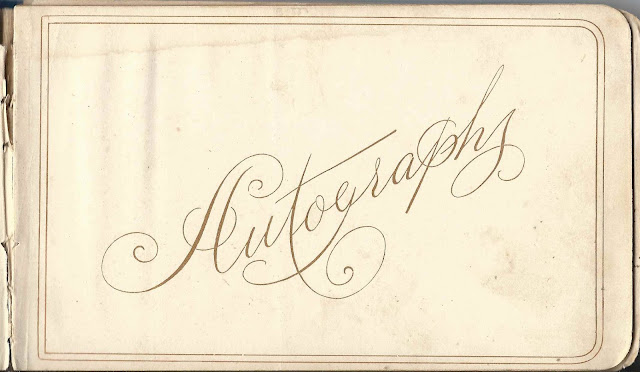 Carrie inscribed a page to those who would sign a page in her album. 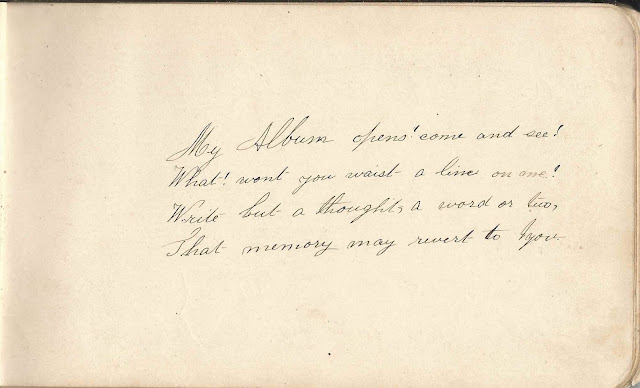 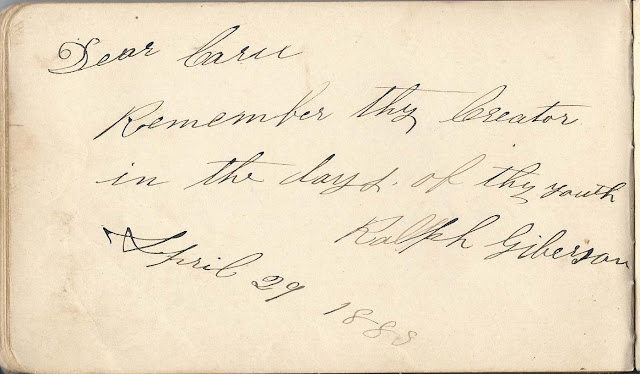 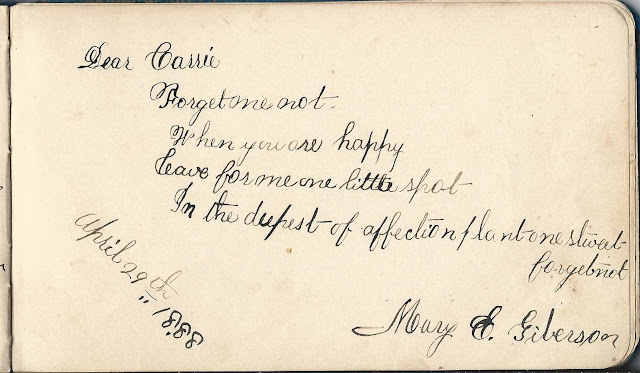 William died in 1887 and did not sign a page in Carrie's album, but I believe the page below was signed by Carrie's paternal grandmother, Temperance (Kinney) Giberson in 1888. 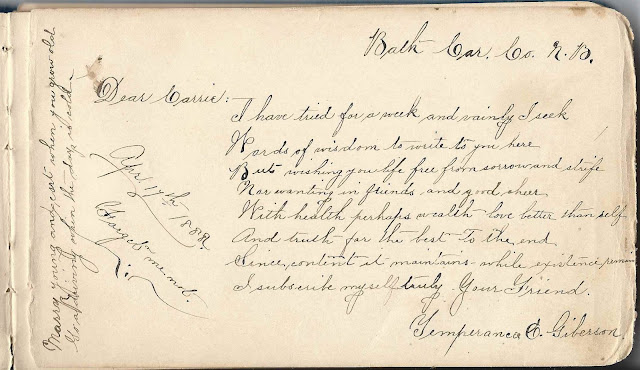 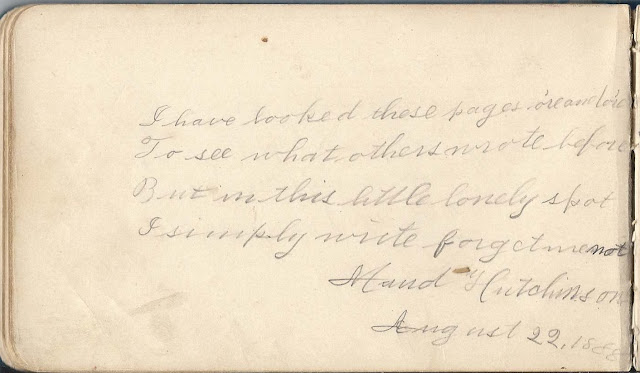 Carrie's sister Rachel Levina Giberson signed a page in 1888 and another in 1890. 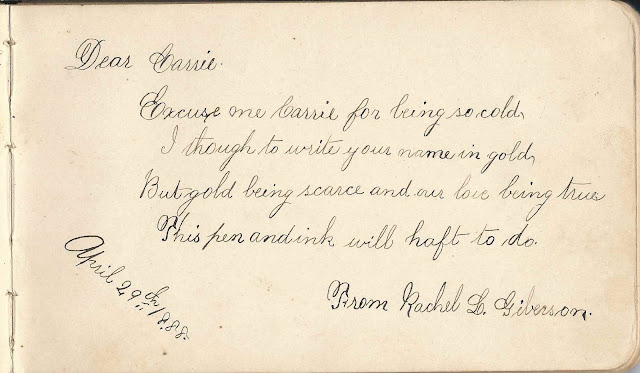 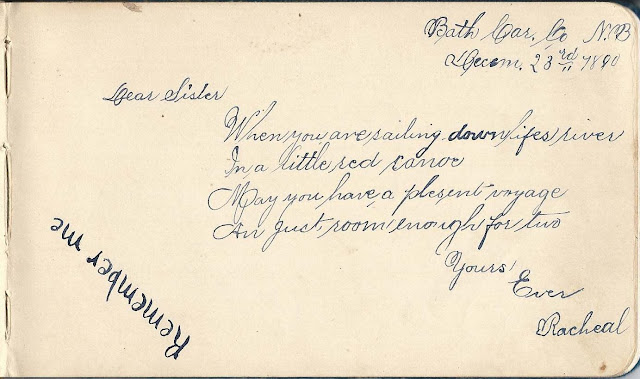 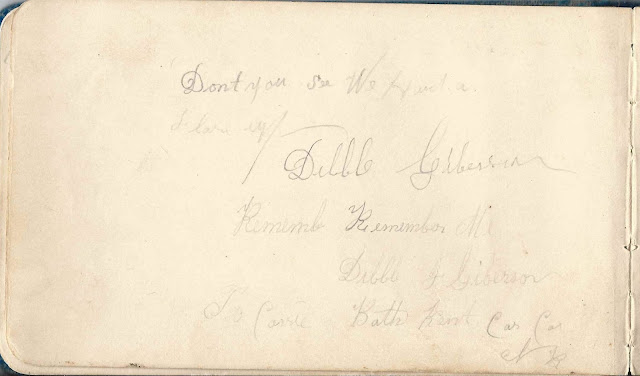 The signature below looks like Dibble J. Giberson but could be Dibble F. Giberson. 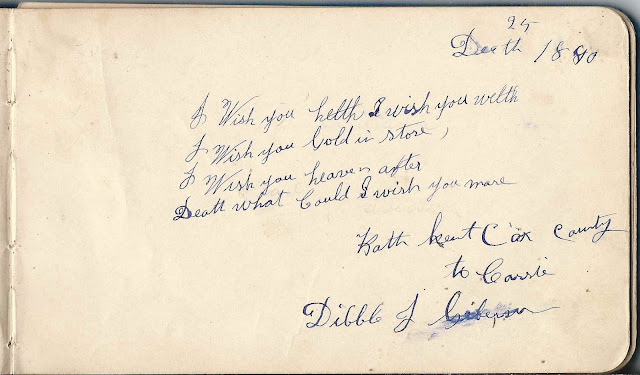 Carrie's sister Temperance Giberson signed the last page in her album in 1890. 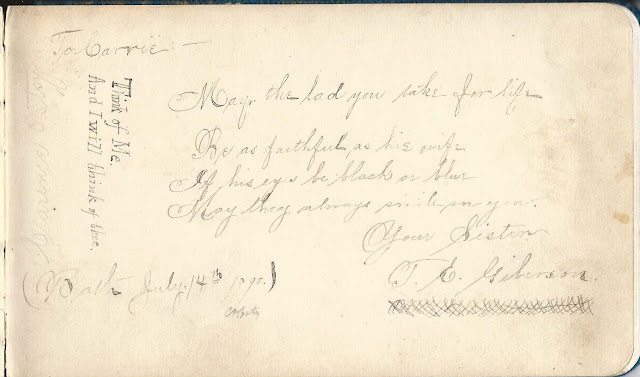 Carrie and Josiah had, I believe, five children, the last of whom, Ella Ruth Hodgdon, signed a page in 1923 in her mother's album.

It's neat to imagine that Carrie was going through her treasures, and the autograph album, by then some thirty-odd years old, came to light.  Ella must have been with her or perhaps discovered the album herself and asked to sign a page. 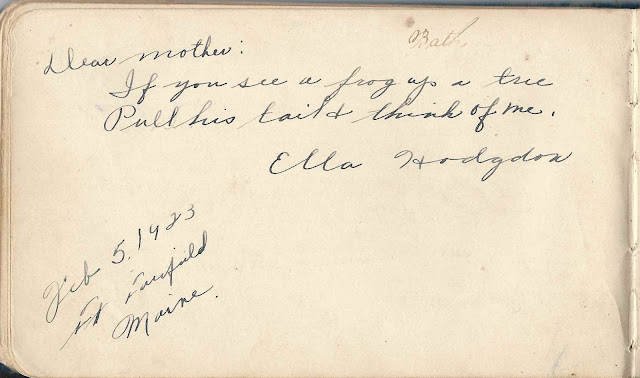 
If you have corrections to the information above or stories to share about the Giberson or Hodgdon families, please leave a comment or contact me directly.

Refer to the alphabetized list below for several more people surnamed Giberson and several people who identified themselves as Carrie's cousin.