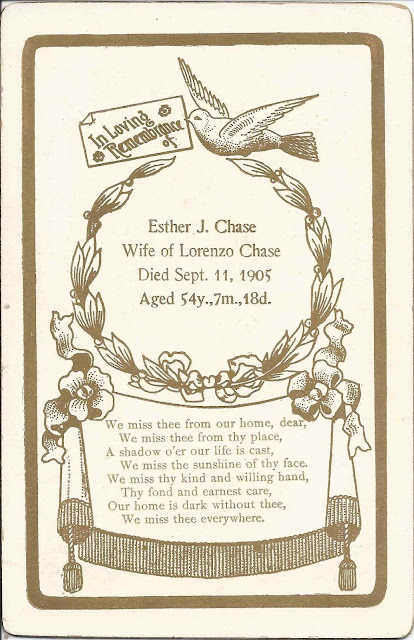 Cyrus Hamlin Chase was the son of Stephen Chase, who became the first preacher in Lincoln, Maine, and later served in the Legislature. He was born at Newbury, Massachusetts, moved to Woodstock, Maine, where his children were born and where he was an influential citizen, and later moved to Lincoln, Maine in 1825.

See another post which features the memorial card of Mertie Emma Chase of Atkinson, Maine, who died of consumption on 25 December 1895 at Milo, Maine. I didn't find a close relationship between Mertie's father Albert H. Chase and Esther's husband Lorenzo Cyrus Chase.