Fred Harris, to whom the 1914 "Signet" of Dexter High School, Dexter, Maine, was Dedicated 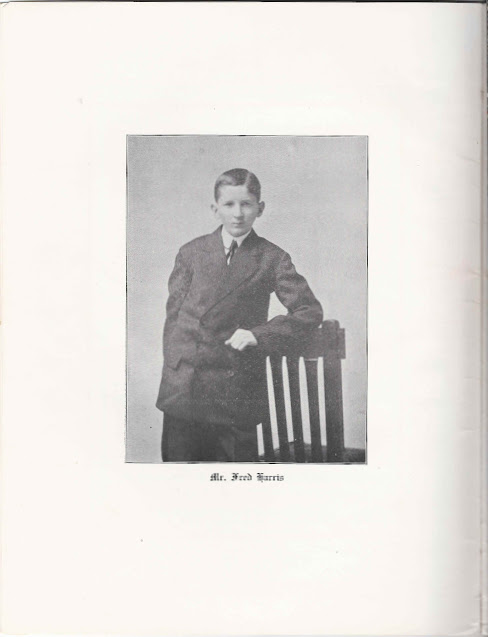 Note of January 2013: be sure to scroll to the comments section for a reader's extensive information on Fred and his family.

Photograph of young Fred Harris, to whom the 1914 Commencement issue of the "Signet" of Dexter High School at Dexter, Maine, was dedicated.

For a larger image, click on the image below. 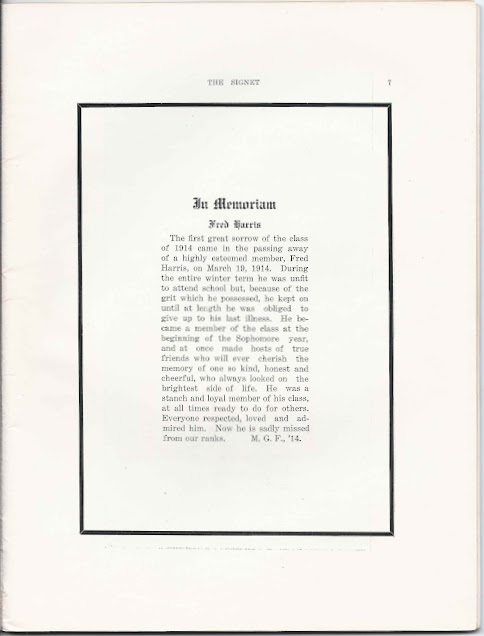 According to his death certificate, Fred died on March 14, 1914, of general tuberculosis.  The certificate has scant information, other than that his father was farmer Charles W. Harris. 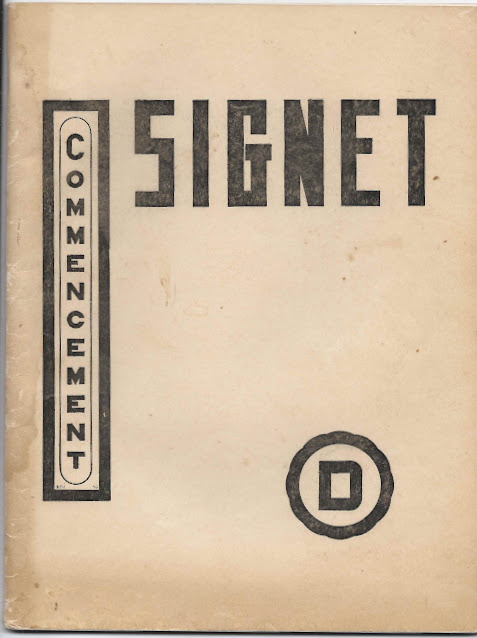 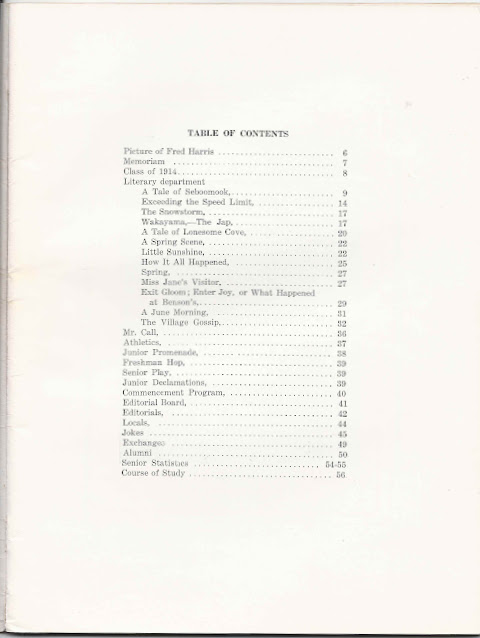 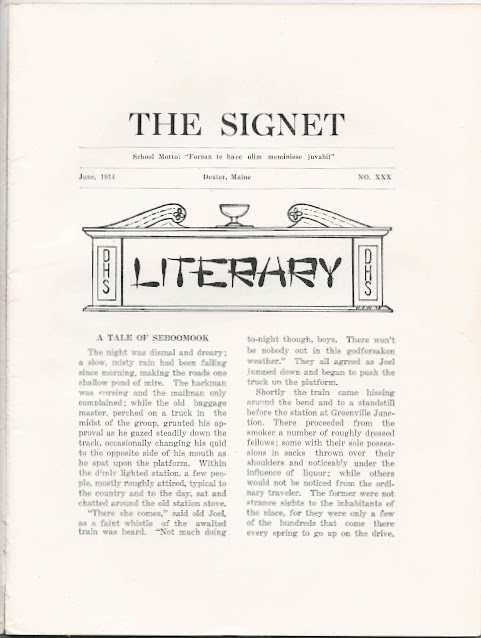 Posted by Pam Beveridge at 4:32 PM