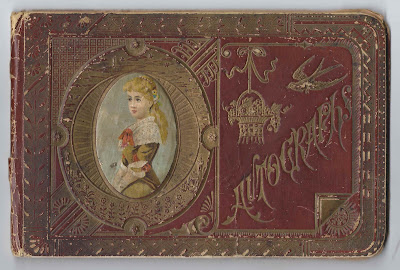 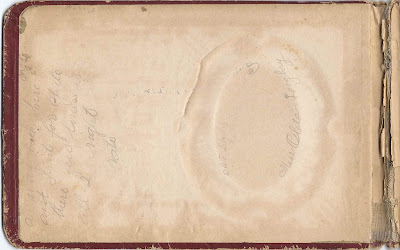 The album is approximately 9" x 6" and contains the sentiments of over twenty of Oleta's relatives and friends.

Oleta C. Loghry was born about August 1879 in Steuben County, New York, the daughter of Abram and Almira (Ross, I think) Loghry. 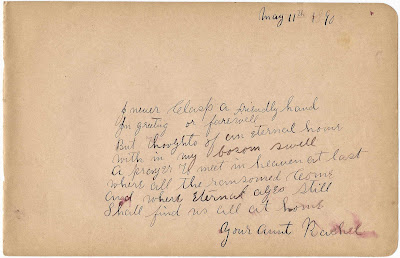 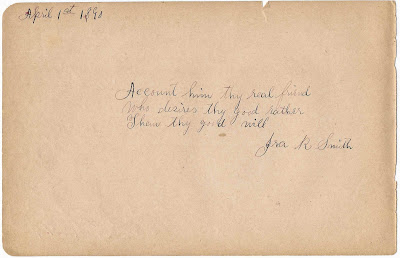 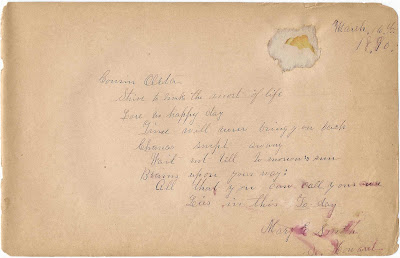 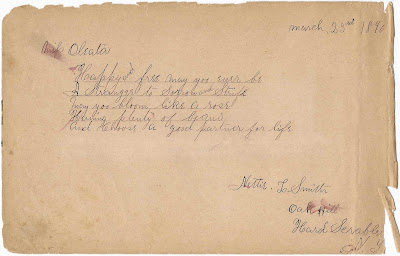 Another of Oleta's aunts, and members of her family, signed pages in her album.   Aunt Lecretia (Loghry) Cornwall signed a page at South Howard, New York, on 1 December 1889. 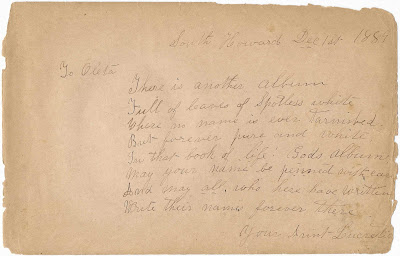 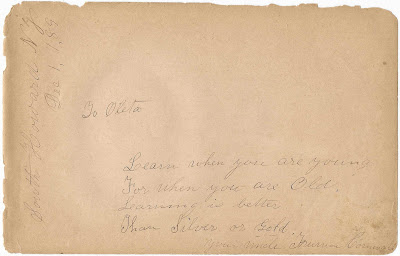 The daughter of Lucretia (Loghry) and Truman Cornwall, Clara Adell Cornwall, signed a page on November 22, 1889. 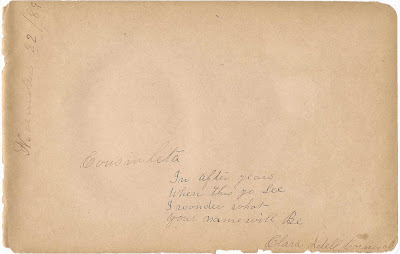 At some point after 1900, Oleta C. Loghry married Clarence DeGroff, son of A. Harrison and Mary (Strang) DeGroff.  They had at least two children, daughters Lena Lenora DeGroff and Irma DeGroff.  Clarence and Oleta operated a dairy farm at Hornellsville, New York.  Later, they moved to Bath, New York, where Clarence worked for the railroad.

Apparently Oleta's album came to light years later, and her husband Clarence DeGroff signed it in 1949 at Kanona, New York.  Oleta died in 1969. 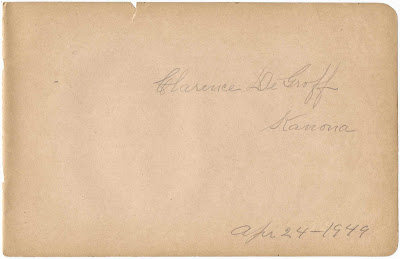 Signers in the album:   [Note: given names within a specific surname may not be in alphabetical order.]

Posted by Pam Beveridge at 3:09 PM