1880s/1890s Autograph Album of Ara May Woodman of Fairfield, Maine 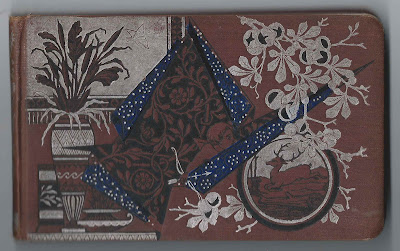 1880s/1890s autograph album of Ara May Woodman of Fairfield, Maine.

[See other posts for the autograph album of Ara's future husband Granville Earl Barrows, compiled while Granville was a student at Oak Grove, and that of Granville's first wife, Mary E. Hunt.]

Ara's middle name was spelled as Mae on the inside front cover of the album and May on the first end paper.  The second image shows that the album was presented to Ara by Mell or ?, possibly by Ara's older brother Ernest Melvin Woodman. 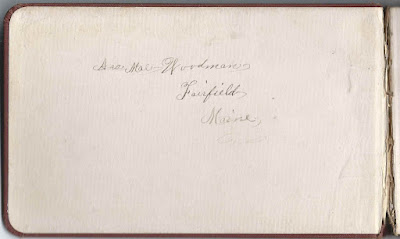 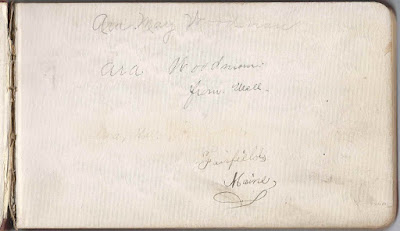 The album is approximately 7" x 4" and contains the sentiments of 33 of Ara's friends and at least one teacher.  An alphabetical list of the signers appears at the end of this post.

The 1910 Census of Fairfield, Maine, shows Ara living in her parents' household and working at a shirt factory.

I don't believe Granville and Ara had any children together, but Granville had a son, Stanley William Barrows, from his first marriage. 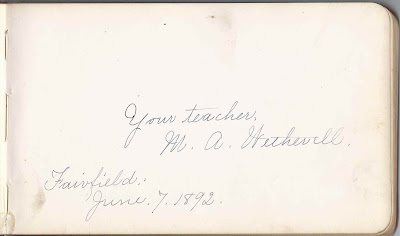 The last signed page in the album is a poser, but I believe the signer was Hattie L. Nye who wrote her name backwards.  She was the mother of another signer, Cora E. Nye of Fairfield, Maine.  What do you think? 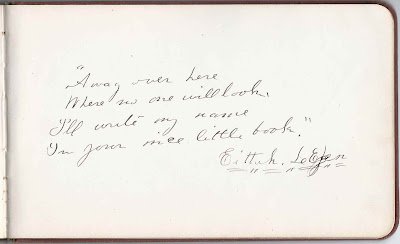 Some of the pages in the album have preprinted designs. 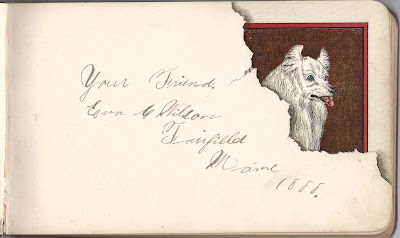 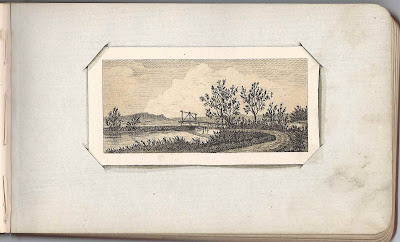 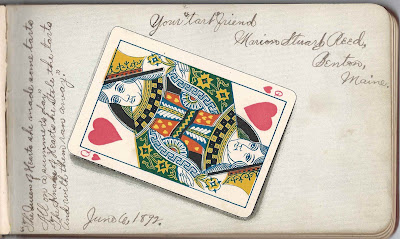 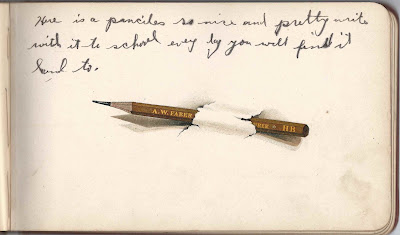 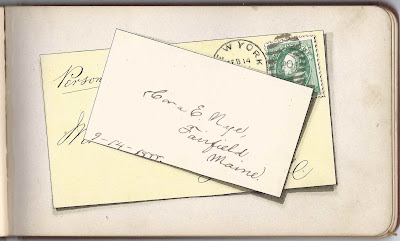 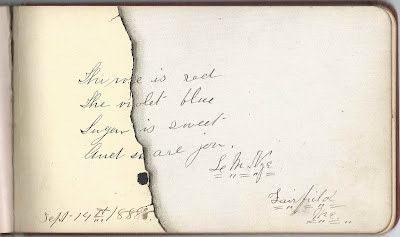 
Fairfield, Maine  [Note Waterville, Maine, next down the Kennebec River]