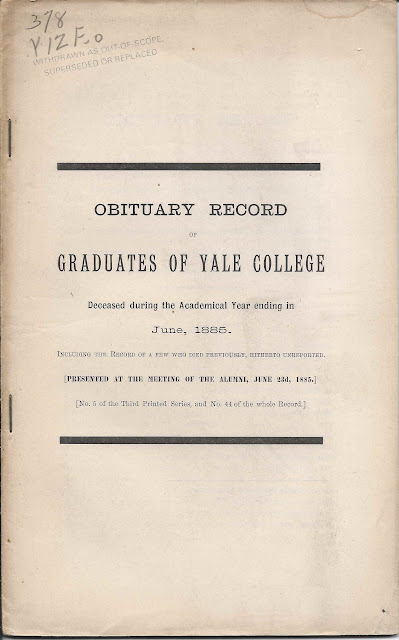 Obituary of David Booth, Class of 1819, included in the June 1885 edition of the Obituary Record of Graduates of Yale College. He was a farmer on the family farm at Longmeadow, Massachusetts. 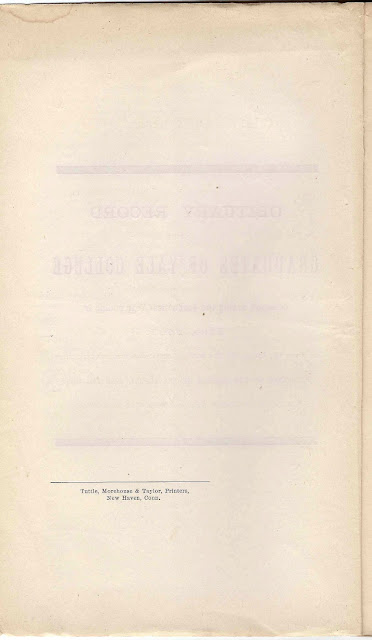 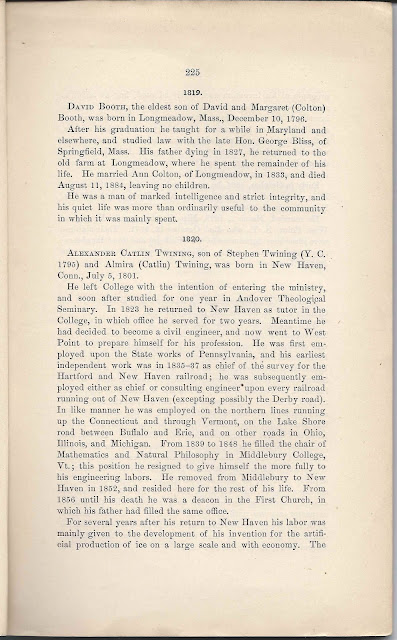 After his graduation he taught for a while in Maryland and elsewhere, and studied law with the late Hon. George Bliss, of Springfield, Mass. His father dying in 1827, he returned to the old farm at Longmeadow, where he spent the remainder of his life. He married Ann Colton, of Longmeadow, in 1833, and died August 11, 1884, leaving no children.

He was a man of marked intelligence and strict integrity, and his quiet life was more than ordinarily useful to the community in which it was mainly spent. 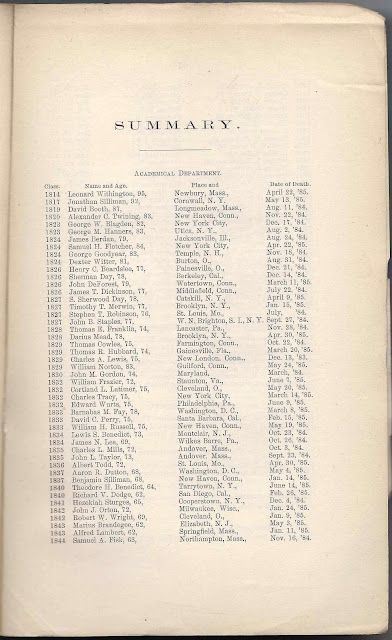 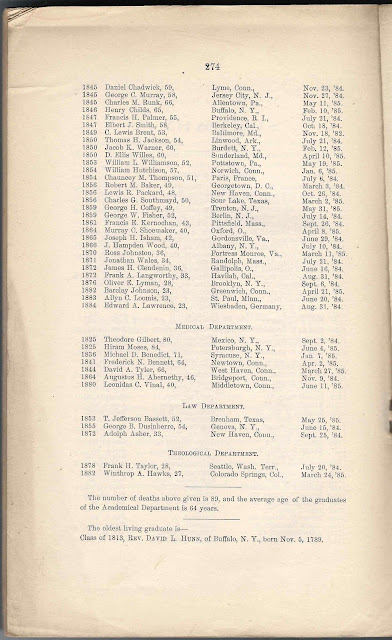 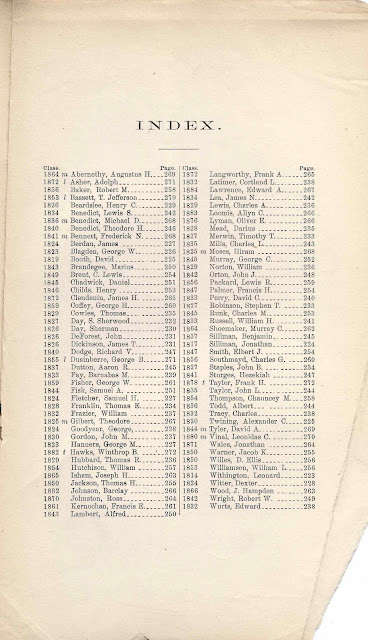 
View Larger MapThanks for stopping by!

Posted by Pam Beveridge at 7:19 AM