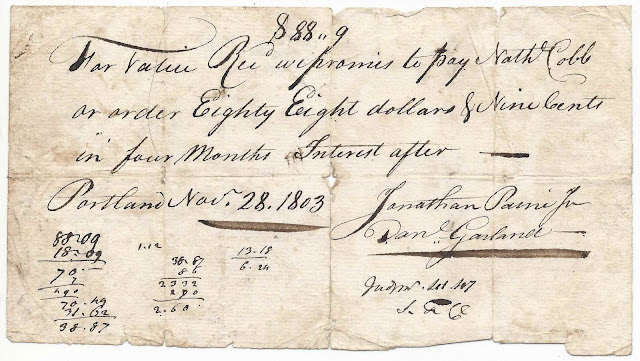 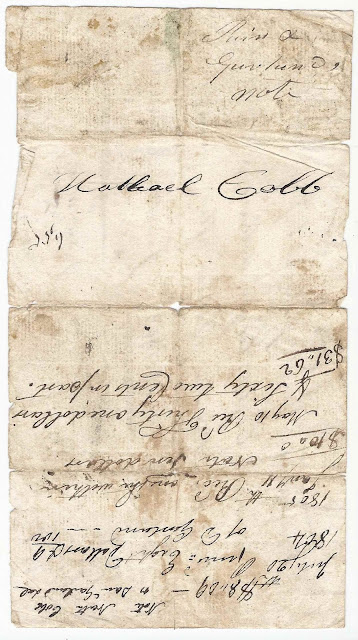 The bottom front and reverse top half detail load payments.  It seems to have taken until 1805 or beyond for the load to be paid in full.

Daniel Garland may have been the Daniel Garland who was married to Phebe H. (Paine) Garland, presumably related to Jonathan Paine. Daniel and Phoebe are buried in the Eastern Cemetery in Portland, Maine.

If you have information on Nathaniel Cobb, Jonathan Paine, Jr., and/or Daniel Garland, please leave a comment or contact me directly.  Thanks!