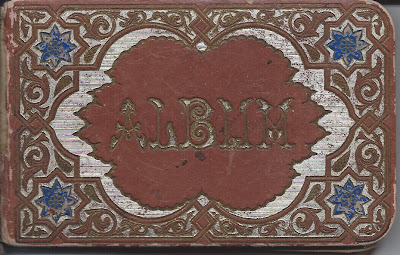 At first blush, I thought she was Annie J. Bryant, but I found several records for an Annie I. Bryant, and one that indicated her formal name was Analostine I. Bryant. 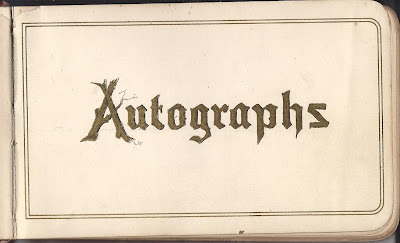 From clues in the album, I believe the album's owner was the Annie Bryant born about December 1856 in Union, Maine, to Joseph and Irene Vose (Sumner) Bryant, born in Union and Warren, Maine, respectively.

Annie married Frank C. Flint in 1892; they lived at Rockland, Maine, and raised at least one child, a son Carl.

If you have an alternative to the owner of the album or corrections to any of the information provided here, please leave a comment or contact me directly.

The Joseph Bryant who signed a page in Annie's album in 1881 was probably her father, as I believe her grandfather  of the same name had died by the 1880s.


Annie's two brothers signed pages in her album.  C. R. Bryant, who was most likely Charles Ralph Bryant, who signed in 1882:


And her brother Jeffery Wilford Bryant of Union, who also signed in 1882:


Samuel Bryant, who may have been Annie's paternal uncle, signed a page in 1882:


Abbie E. Burgess of Union, Maine, who called herself Annie's cousin, signed a page in 1882: 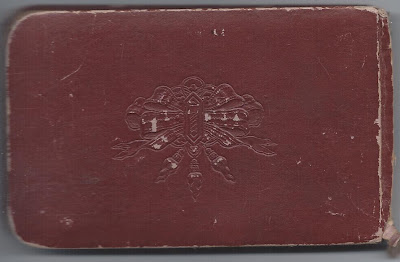 The spine's outer ply is missing:

Posted by Pam Beveridge at 9:27 AM