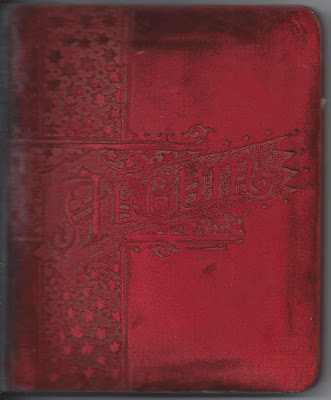 Autograph album from the 1880s and 1890s era that I believe belonged to a daughter of General Henry P. Cotton of Nobleboro, Maine.  Most online sources have the General as Henry Pike Cotton, but a clipping of his obituary tucked into the album has him as Gen. Henry Page Cotton, which may or may not have been in error.

One of the pages has the 1889 autographs of Charles Sylvester, his wife Emma R., the signatures of two of their three children, George W. Sylvester and Frank B. Sylvester and the name of their youngest child, then 5-1/2 months, William Cotton Sylvester. 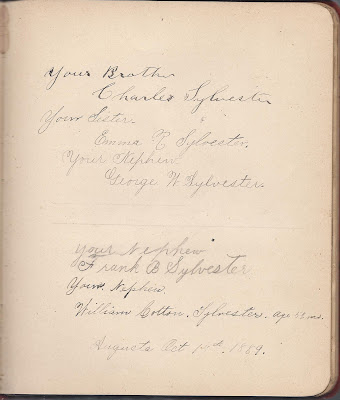 The parents refer themselves as the album owner's brother and sister. Charles had a sister Viola, but I don't think this was her album.  Instead, as most of the signatures are from the Boothbay area, I believe this was the album of one of Emma's several older sisters: (another sister died in childhood) 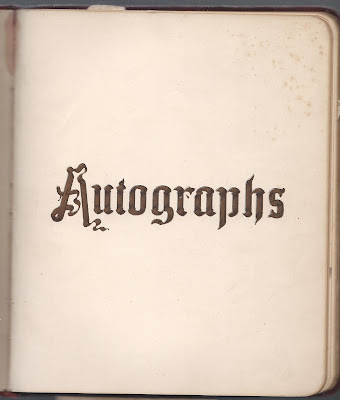 Below, a clipping referencing the diary of Abbie's great grandmother Mrs. Priscilla Dunbar and the terrible storm of April 18, 1785 which brought three feet of snow and terrible cold resulting in a snow crust that could support the weight of horses and teams of oxen.

This scrap of paper that contains the names of A. Brown and Priscilla Dunbar may have originally accompanied the diary:

According to a Bible record, Abbie married William Lermond Brown on 8 January 1860.   William Lermond Brown was born 11 October 1835 in Union, Maine, the son of Edward and Mary (Clark) Brown.  He became a beloved minister in various Maine towns, including Bangor, Belfast, Corinth, Clinton and Waldoboro. 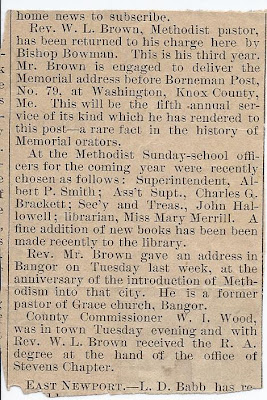 The couple had three children:

This sketch, tucked inside the album, may have been intended to portray Rev. Brown: 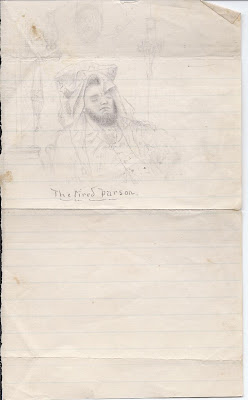 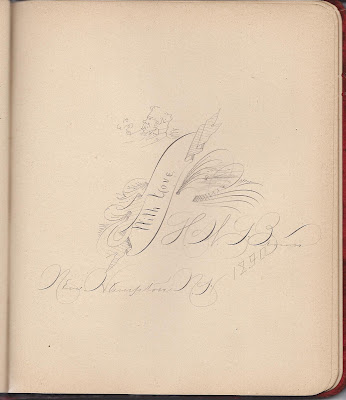 A clipping found in the album explains why Henry William Brown was in New Hampton, New Hampshire in 1890: 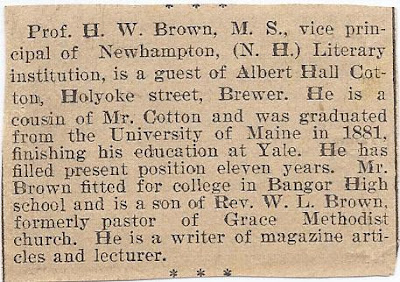 Another clipping, with photograph: 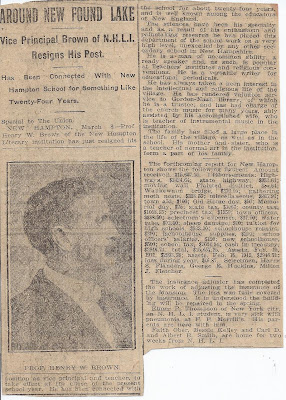 And a clipping of Professor Brown's marriage to Una Estella Cross, pasted on a page in the album: 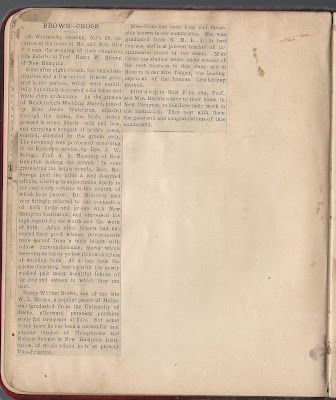 Many of the clippings tucked inside refer to the family of Abbie's older sister, Matilda Henrietta Cotton, who married Albert S. Hall on 14 August 1851.

Here is an interesting clipping about Albert's marriage proposal: 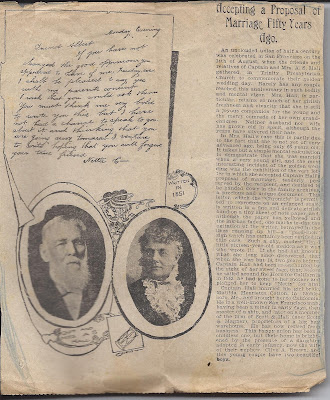 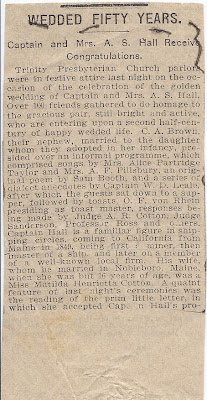 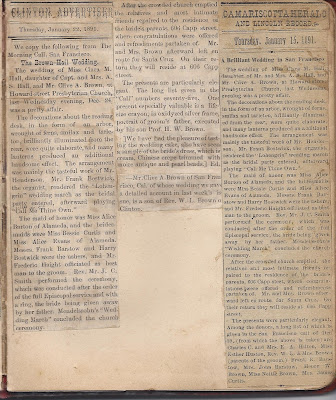 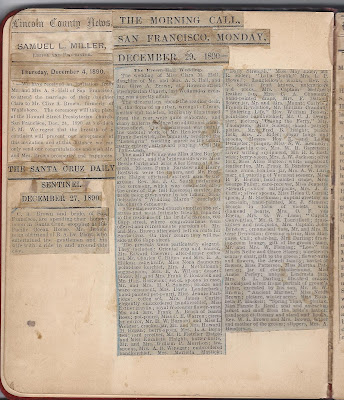 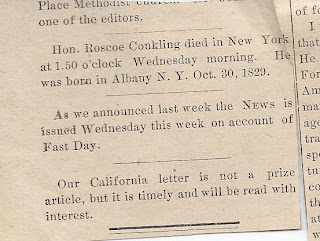 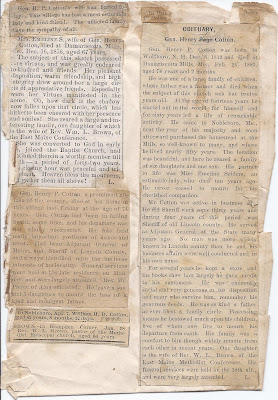 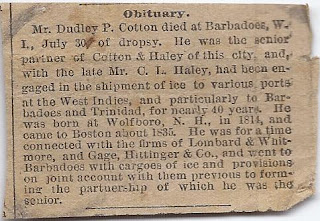 Other items tucked in the album: 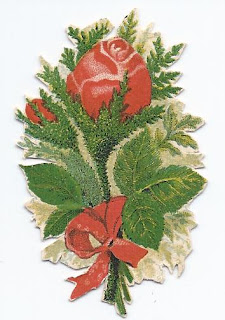 Clipped autographs tucked in, including Susan B. Anthony and noted theologians: 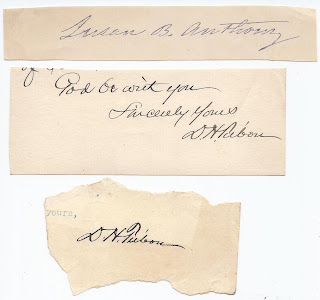 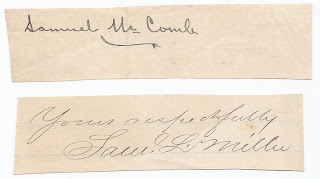 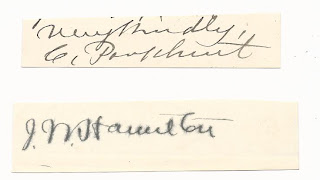 In addition, three pages contained multiple signatures, a couple of which had U.S.S. printed next to them.

To see scans of all of the pages in the album, click here.

A map of Nobleboro, Maine:

Posted by Pam Beveridge at 2:07 PM