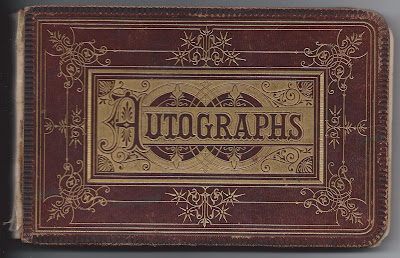 1880s/1890s autograph album, perhaps belonging to a Mrs. Leavitt, with most signers from Maine and several mentioning a Maine Conference, which was a religious conference.

If you have corrections to the transcribed names, or if you have knowledge of any of the signers, please leave a comment.  Thanks!

Scans of pages, in page order:  click on an image to enlarge it.

Posted by Pam Beveridge at 4:02 PM