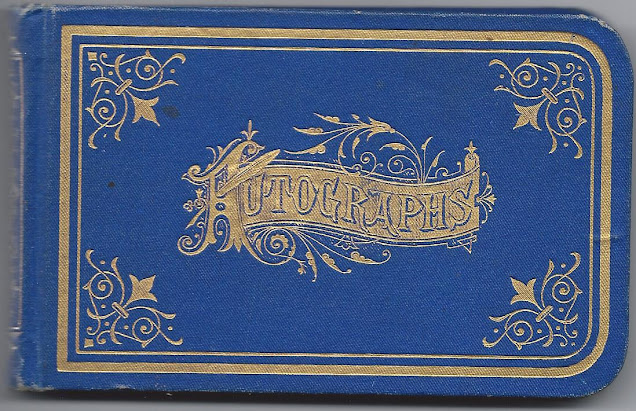 1880s autograph album of Fred Holloway Allen of Gouldsboro, Maine.   The album is approx. 5-1/4" x 3-1/4" and is filled with pages signed by relatives and friends. 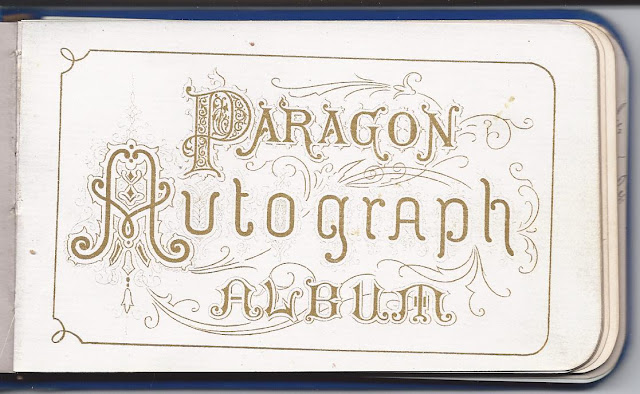 
Captain Rufus Henry Allen was the captain of the brigantine Ponvert that rescued the crew of the SS Queen Victoria, lost in a hurricane off the coast of North Carolina.  The captain of the Queen Victoria ordered the bell rescued, and he presented it to Capt. Allen, who then donated it to the town of Gouldsboro.  Read more about this bell here.

Fred became a sea captain like his father and other ancestors.  On 19 November 1894, he married Laura Sargent.  She was born about 1873 in Maine, the daughter of Sampson and Annie (Jordan) Sargent.

Their son Ralph was born in 1896 in West Gouldsboro.  When Ralph was about seven, the family moved to Everett, Massachusetts.  Fred was by this time a master mariner and had acquired the Ponvert, which he sailed to the West Indies in commerce.  Many times Ralph went with him.

From what I've been able to determine, Fred died in 1928.  His son Ralph lived to the age of 104 and before his death was the oldest living graduate of Harvard University.  Read his obituary from the archive of the Ellsworth American.

Fred H. Allen, I assume the same Fred as above, signed a page in the middle of the album.  He gave his address as Prospect Harbor, which is a village in Gouldsboro. 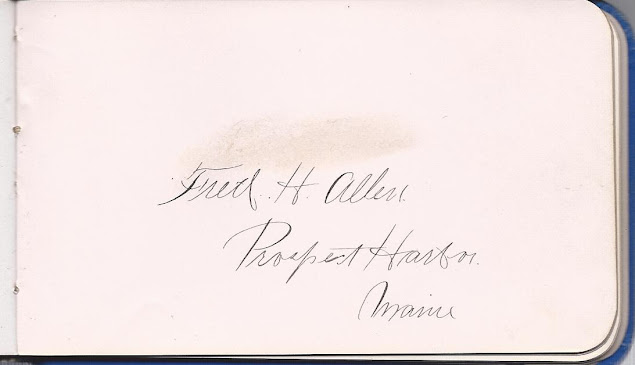 Fred's mother Jemima signed a page in his autograph book: 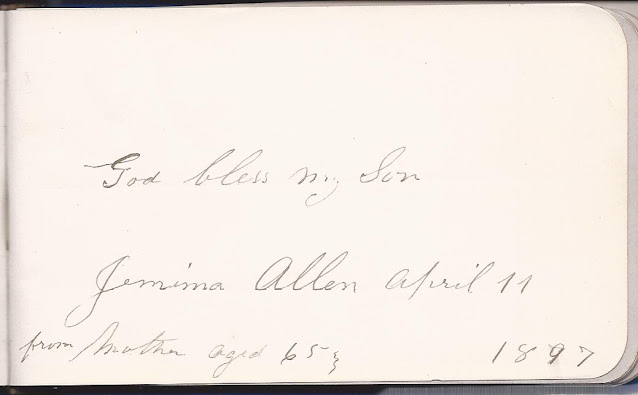 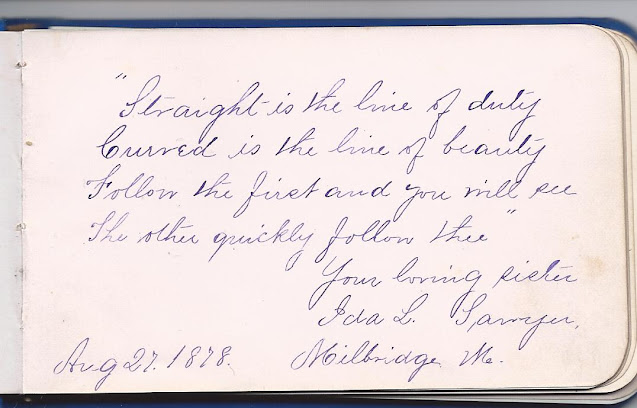 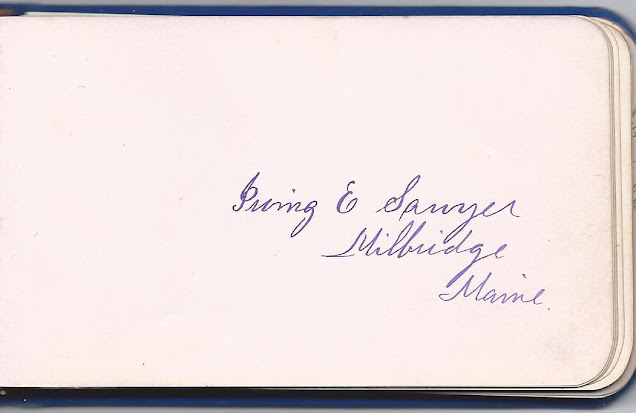 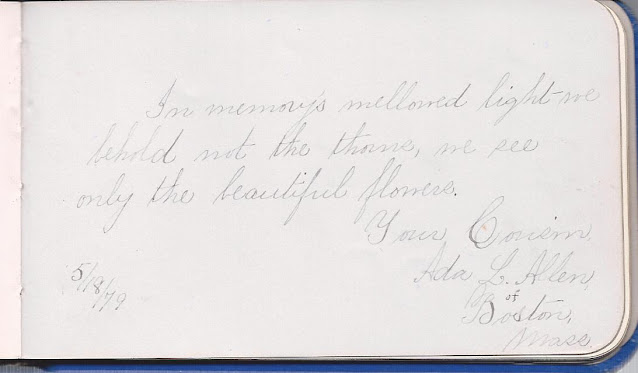 His cousin Emma M. Clark signed a page in the album: 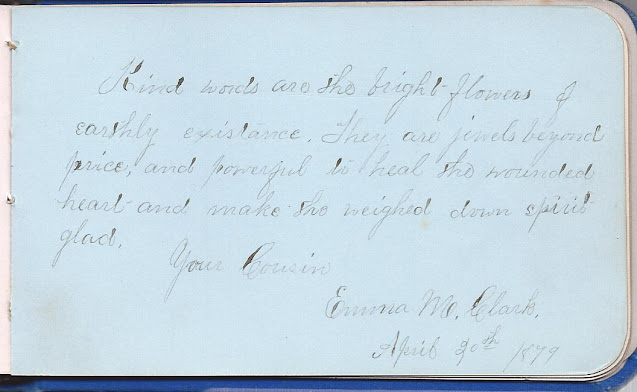 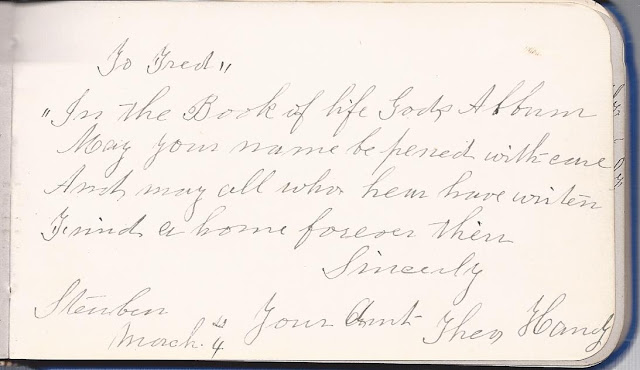 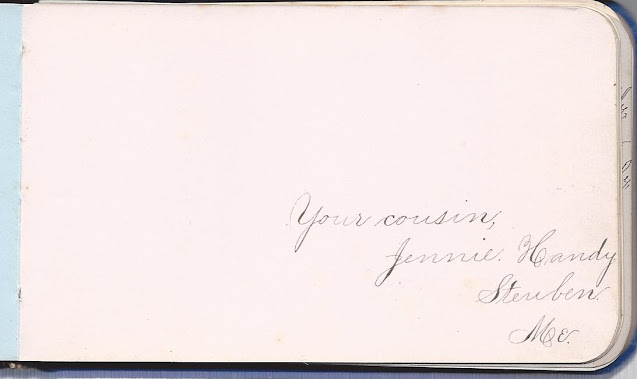 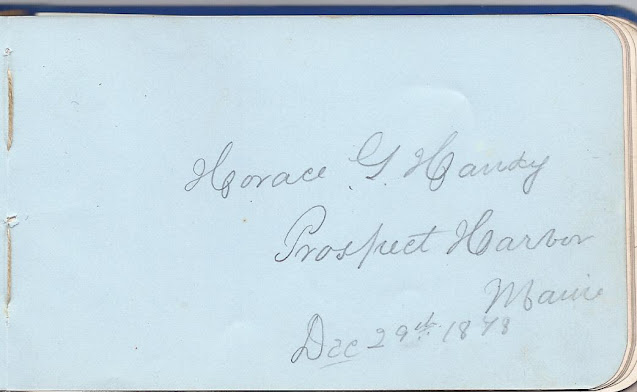 I believe this page was signed by Horace's wife Sarah "Sadie" (Thaxter) Handy.  She was born about 1859 at Machias, Maine, daughter of Cyrus and Mary A. (Jameson) Thaxter: 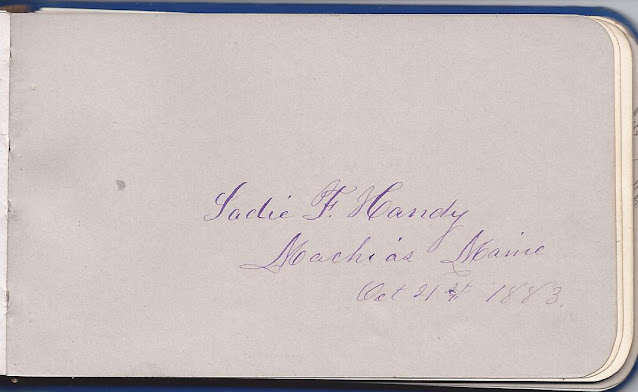 Other pages signed by other relatives: 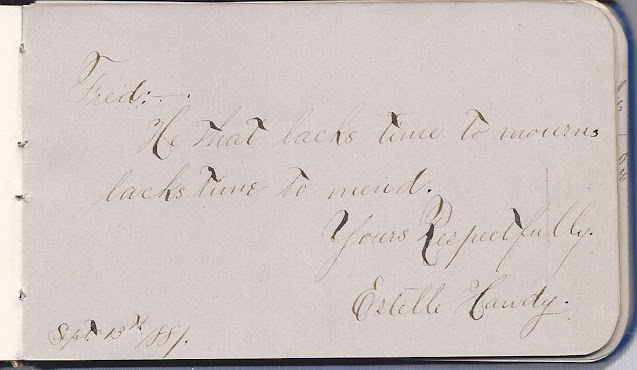 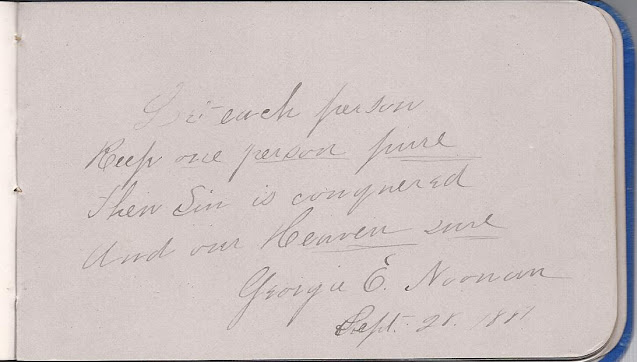 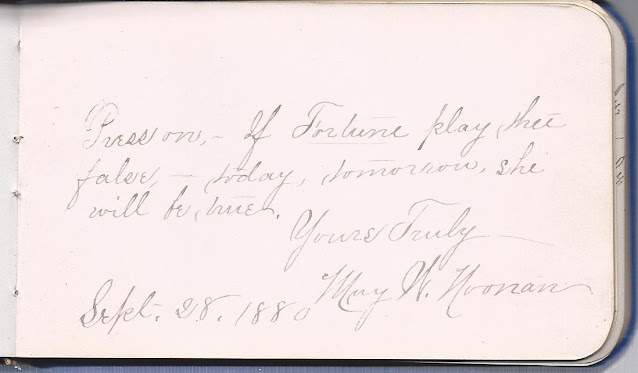 Alphabetical List of Inscribers
If you have any insights to add to any of the names mentioned here or corrections to any of the information, please leave a comment or contact me directly.

View Larger Map
Posted by Pam Beveridge at 7:27 AM