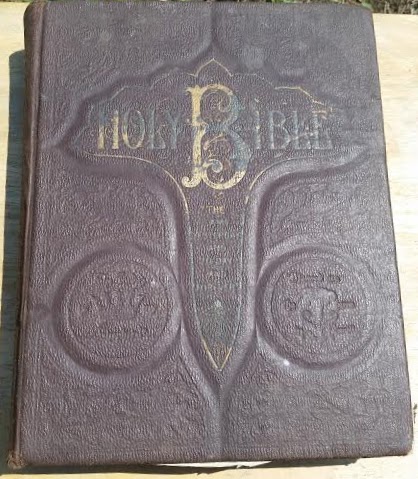 Bible of Joseph A. Wallce and Annie Eliza (Marney) Wallace of Jonesport, Maine.  Dates range from 1826-1938 and include information on Annie, her children and siblings.  Many items are tucked in the Bible, including genealogy notes, newspaper clippings and letters.

The Bible was presented to Annie by her daughter Eva M. Wallace on the occasion of Annie's 38th anniversary on June 6, 1906. 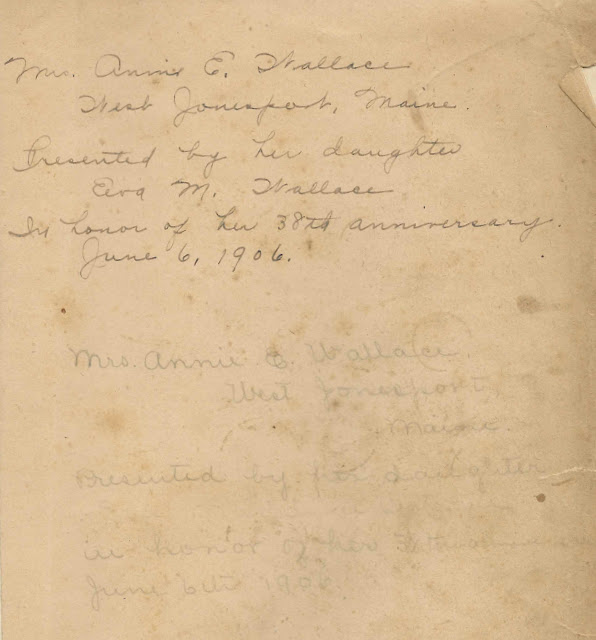 The Bible measures approximately 12-1/4" by 9-1/2" by 2" and is in fair condition.  All of the Family Records pages are filled out, with the exception of the Marriage page. 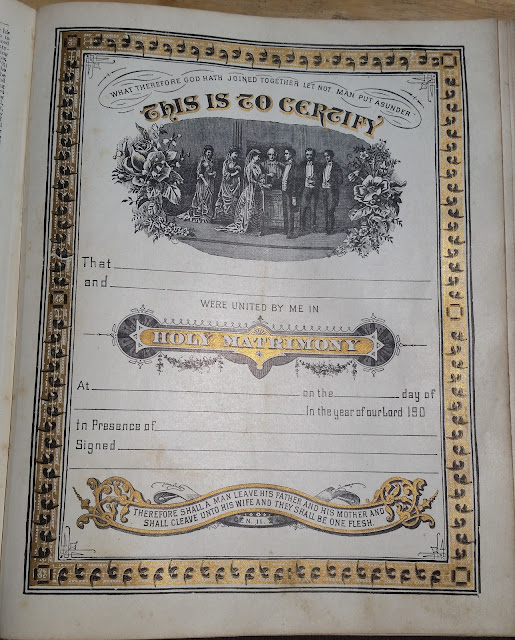 The Births information runs across two facing pages.  Click on an image to enlarge it. 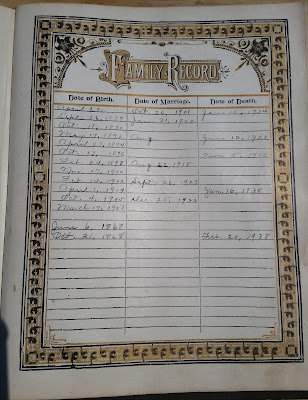 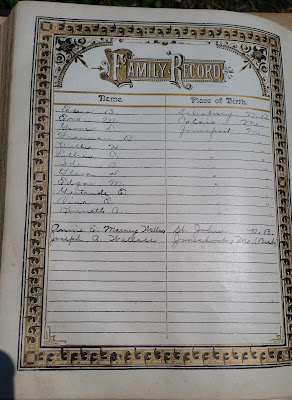 Children of Joseph A. Wallace and Annie Eliza (Marney) Wallace: 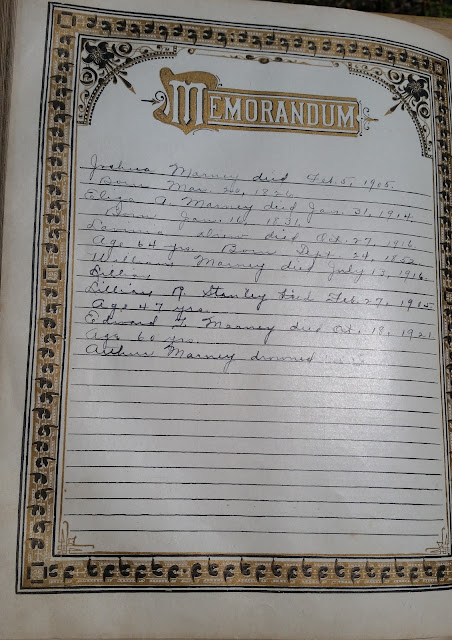 One of the items tucked inside contained genealogy information for Annie's parents and siblings.  Click on any image to enlarge it. 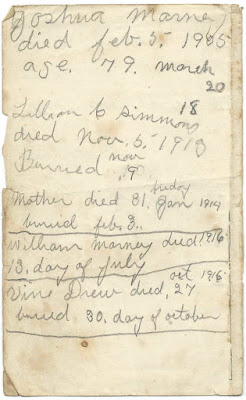 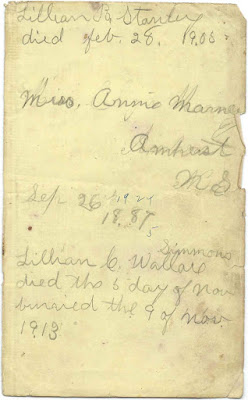 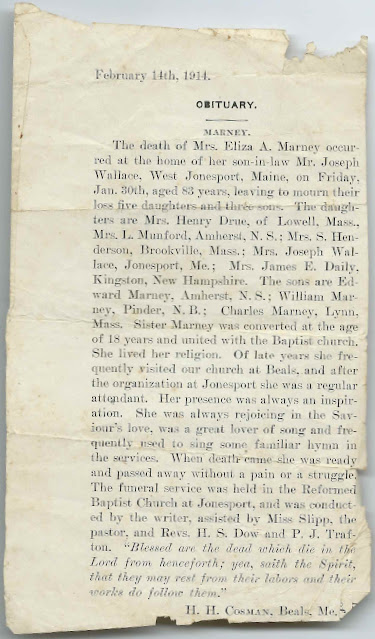 There are several duplicate clippings and another clipping about the 1921 death of Annie's son Freeman B. Wallace, a deckhand on the steam Pilgrim.  He slipped off the deck, hit his head and drowned. 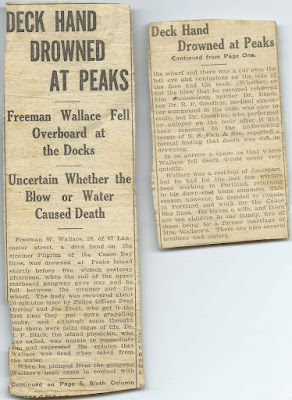 Another clipping has a handwritten notation that "Emma died Feb 14 1907; buried 16.  Age 28 in March".  Emma was Emma M. (Cummings) Wallace, wife of James Wallace, who was a brother to Annie's husband Joseph A. Wallace. 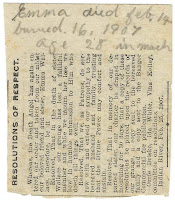 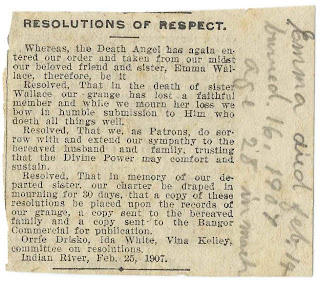 A Sunday School certificate for Annie's son Kenneth A. Wallace: 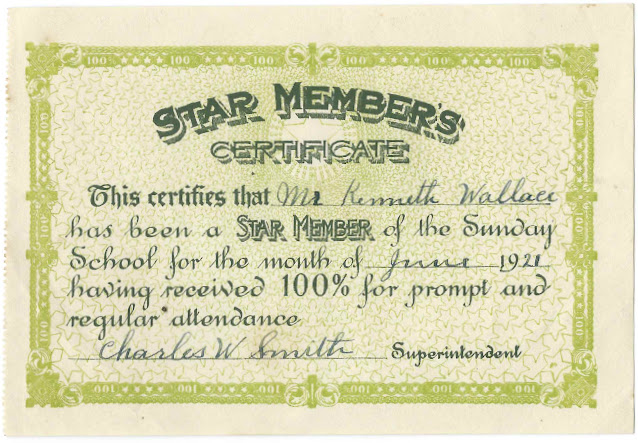 Another interesting piece tucked in deals with a piece of land in West Jonesport, Maine, that Annie's husband, Joseph A. Wallace, bought in 1910 from John H. Stover.  The receipt for payment of $12 was signed by Mrs. Stover.

There are several letters and postcards that deal with the last illnesses and deaths of Annie's sisters Lavina (Marney) Drew, "Aunt Vine", and Catherine C. (Marney) Daley, who died in 1916 and 1936 respectively.

If you have corrections and/or additions to the information above, please leave a comment.  Annie completed the information in this album in some cases long after the event originally occurred.

Posted by Pam Beveridge at 1:59 PM